This Casting Director’s Favorite Part of His Job Is You 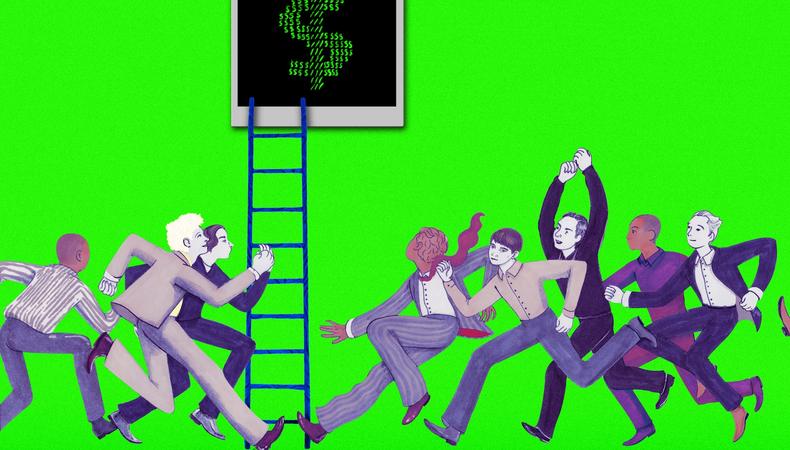 If the concept behind National Geographic’s “Valley of the Boom” has you scratching your head, you’re not alone. Matthew Carnahan’s part-docuseries, part-scripted reenactment about the early days of the internet and the 1990s tech boom is inspired by true events and features interviews with the people who were there between the acted scenes. This hybrid approach likely isn’t one you’ve seen on television before, and it gave more than one actor pause when it came to considering whether to audition for it. Finding actors to portray real people who would also be appearing in each episode made for a heightened casting process led by John Papsidera.

What was the casting process like for “Valley of the Boom”?
Matthew had developed that the real people would be commenting and would be interspersed throughout the storytelling. For casting, we did have to at least be aware that we would be jumping back and forth between the actual people and the story. We had to give a nod and try and make it so it wasn’t jarring, [that] they didn’t look so unlike the real people that it would pull you out of the piece. It was a little bit of matching the real people to actors—and then the fact that Matthew Carnahan’s voice is very specific. Finding actors who could play the tone of the piece and getting actors to understand and jump into that tone was also something we were very interested in and had to work hard to do.

What were the auditions like?
We read a lot of actors for all of the roles, and most of it was with myself and my staff. We had sessions with Matthew Carnahan, the creator, and with Joel Ehninger, the co-executive producer. Matthew is such a fantastic director, and his direction in those sessions was fascinating because he knew so much about these characters. He would give people just one little tidbit of what that person was really like, and it would send the entire character and read in a different direction. It’s not just based on somebody’s imagination or a director’s idea in their head; it was also based on a sense of who these people were in real life. It was fascinating to see him inspire those turns and [see] actors take the direction to get them closer to the real people and the world.

What, besides the way someone performs the lines, indicates to you that an actor can handle the role?
It comes down to confidence. For me, and especially with these characters, they all were strong personalities in this world. An actor who approaches [the audition] with a certain amount of confidence and they do something that is not even bold or outrageous as a choice but they have a confidence is what makes it work. It’s a very hard thing to put my finger on, because it’s in the performance of it and in the dialogue of how you present it. It’s a vibe of somebody going, “I’m going to take you on this journey,” and as an auditioner, a CD, a director participating in that, there’s a certain amount of confidence you need to take us with you. That doesn’t come in a weakness, it comes in a strength of purpose and individuality. I go, “Yes, that person can do it.” I think on some very base level it’s about confidence and how that transfers from the actor to the dialogue that you ultimately buy into.

READ: Where to Look During an Audition

How do you make a list for offers for a project like this?
For Michael Fenne, his character was so dynamic, so out there, so crazy, and kind of off the charts. That was probably the character with the widest scope of who could possibly do this. Yes, there was a certain physicality that he had, but it was also what one-man show do you want to watch, in a certain way. I think that had probably the widest gap of ages to body types to skills that we tried to cover and talk about. I think there was also a certain sense of guys [who] either got the piece and really loved it or they didn’t feel like they could make that transformation, or the transformation was too difficult in the amount of time. There were a lot of different things that came up with that role, but at the end of the day, that made it very specific to Steve Zahn.

What are some of the challenges that came with casting this project?
There was a smaller budget. It was on a network that was in the beginning stages of changing their profile, and I think it was an ambitious project. It was told in a way that a lot of things aren’t told. I think it was a lot of those [factors]. I do think some people were scared by the Michael Fenne character. I think there were actors who were thinking, That’s so out there, how do I do that without coming off foolish? With all of these characters, it comes back to confidence. There was a certain amount of risk in playing these characters. Not only were they real people, but the style in which the piece was told, it was a little bit like walking a tightrope. There were a lot of filters that we went through to try to ultimately get there.

What research did you do to cast the roles based on these real people?
They shot a lot of interviews of the real people talking, so I had a sense of who they were. And, certainly, you can look at them and get a visual, but we were also going back in time. It’s a reference point of what somebody turns into 20 years later, but really it was a sketch. The challenge is, how do we turn that into a full-fledged human being? That’s the fun part of imagining souls to these roles with actors. Who can step into this person’s shadow and bring it to life? Who could turn into this person?

What can an actor expect when auditioning for you?
I hope they feel like they have a space and a moment to share a bit of their soul. I think that is what my job is. Everybody who works with me tries to create a space where that can happen. We really respect actors, and we want them to be able to feel like when they walk into the audition room, they have the freedom to do the best work they can. That’s always the goal. We do that by making it a safe space and by being helpful, collaborative, and present. It’s a big thing for me to feel like we show up for actors, and the least they can expect is that we try and get the best out of them by having someone participate in that.

What can an actor do to make you remember them in an audition?
A lot of it has to do with being a real human being and allowing themselves to be seen, not just physically but actually who they are. Being prepared certainly is part of it, and having an idea of what they want to do, making interesting choices—all of those things lend themselves to the overall experience of it. When you get to be in the company of an artist, those are the things and the moments I remember as a CD. I want everybody to rise to that level, because that’s what makes me remember them.

Want to hear more from the industry’s top casting directors? Read our full In the Room series right here!

Elyse Roth
Elyse is a senior editor at Backstage, where she oversees all casting news and features content, including her weekly casting director Q&A series, In the Room. She came to New York from Ohio by way of Northwestern University, where she studied journalism, and now lives in Brooklyn. She might see and write about awards-worthy films, but Elyse still thinks “Legally Blonde” is a perfect movie and on any given night is probably taking in some kind of entertainment, whether it’s comedy, theater, ballet, or figuring out what show to binge next.
END_OF_DOCUMENT_TOKEN_TO_BE_REPLACED