TV to Come: Performances to Keep an Eye on in October 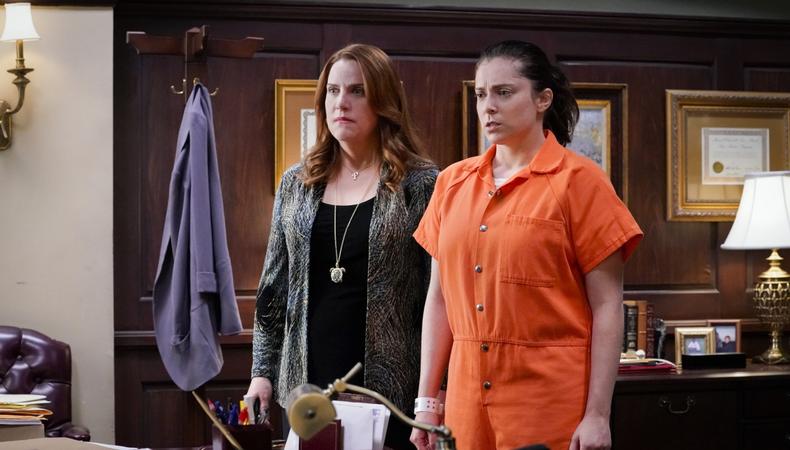 Network television has a lot to prove in the current cultural climate. This October, network programming dominates headlines with new premieres, fan favorites, and a few surprises. Last month we saw primetime taken over by new and veteran procedurals alike, but this month is all about the sitcom. ABC debuts five comedies this month, including “The Conners,” its spinoff from and answer to the tumultuous reboot of “Roseanne.” The sitcom will proceed without its (formerly) titular character and under a new name, focusing primarily on Sara Gilbert’s Darlene.

Meanwhile, The CW premieres the final season of the musical dramedy, “Crazy Ex-Girlfriend,” along with five of its superhero dramas, a reboot of “Charmed,” and teen drama “Riverdale.” Not to be outdone, Netflix premieres “Chilling Adventures of Sabrina,” originally penned as a “Riverdale” spinoff, plus Season 3 of Marvel’s “Daredevil.” Amongst all the premieres, Halloween season is almost upon us, meaning a handful of eery offerings. NBC launches its second season of “Midnight Texas,” The CW kicks off its 14th season of “Supernatural,” and Netflix premieres a new series based on the 1959 classic “The Haunting of Hill House.” Check out your full viewing schedule below.

ABC
ABC has a big month with the return of two of its fan favorite comedies: “Fresh Off the Boat” on Oct. 5 and “Black-ish” on the 16th. The network has two shows returning for second seasons after abbreviated first seasons last spring: fireman drama “Station 19” Oct. 4 and the comedy “Splitting Up Together,” starring Jenna Fischer and Oliver Hudson, on the 16th. “Speechless” returns for its third season on the 5th.

On the 16th, along with returning favorites above, the network premieres three new programs: two comedies, “The Kids Are Alright” and “The Conners,” and to fill the hole left by “Castle,” Nathan Fillion in the new crime drama, “The Rookie.”

Amazon Prime Video
Amazon’s dystopian drama “The Man in the High Castle” comes back for its third season Oct. 5. On the 12th, the streaming service unveils the highly anticipated “The Romanoffs,” which has experienced delays due to separate scandals: one involving its original production studio, the Weinstein Company, and the other, show creator Matthew Weiner of “Mad Men” fame. Each of the eight episodes follows a different character who claims to be a descendant of the infamous Russian royal family; the show features an all-star cast with the likes of Isabelle Huppert, Aaron Eckhart, Kathryn Hahn, Diane Lane, Corey Stoll, Christina Hendricks, and Paul Reiser.

AMC
The post-apocalyptic zombie thriller “The Walking Dead” returns for its ninth season Oct. 7, with new episodes promising exciting changes to the popular program. Executive producer Angela Kang says of the latest offerings: “We’re really looking at the start of a new chapter of the show.”

CBS
This stalwart network kicks off the month with two new comedies Oct. 1: “Happy Together,” starring Damon Wayans, Jr. and Amber Stevens West, along with newcomer Felix Mallard and comedy veteran Chris Parnell. Premiering the same night is “The Neighborhood,” which stars Max Greenfield as a fish out of water in Los Angeles after moving from the Midwest; the show also stars Beth Behrs of CBS’ “2 Broke Girls” and comedy fixture Cedric the Entertainer. Long-running crime drama “Criminal Minds” comes back for its 14th season Oct. 3, along with the second season of “SEAL Team.”

The CW
The CW kicks off a month full of premieres with its superhero dramas “Black Lightning” and “The Flash” returning Oct. 9, “Supergirl” Oct. 14, “Arrow” Oct. 15, and on the 22nd, “DC’s Legends of Tomorrow.” Fan favorite “Riverdale” premieres on the 10th along with the new Greg Berlanti-produced drama “All American.” The long-running “Supernatural” comes back for its 14th season Oct. 11, with the second season of the rebooted “Dynasty” starting on the 13th. The CW has two more occult-oriented shows launching this month, including the rebooted “Charmed” starring Madeleine Mantock, Melonie Diaz, and Sarah Jeffery making its premiere on the 15th, and “Legacies,” a spinoff of “The Originals,” on the 25th. And Rachel Bloom’s critically lauded “Crazy Ex-Girlfriend” premieres on the 12th for its fourth and—sadly!—final season.

NBC
The Peacock Network continues to fight for its reputation as a comedy destination. On Oct. 4 it premieres its new Amy Poehler-produced comedy, “I Feel Bad,” staring Sarayu Blue, plus the fourth season of America Ferrera’s “Superstore.” On the same night, the “Will & Grace” reboot returns for its third season, marking its 11th installment overall. Crime drama “Blindspot” returns for Season 4 Oct. 12, and the second outing of supernatural thriller “Midnight Texas” premieres on the 26th.

Netflix
Marvel’s “Daredevil” returns this month on the 19th, while on the 26th supernatural and comic-based “Chilling Adventures of Sabrina” premieres starring Kiernan Shipka. Originally developed as a spinoff of The CW’s beloved “Riverdale,” the highly anticipated series has already been renewed for a second season. More horror comes to the streaming network when it premieres the new adaptation of Shirley Jackson’s 1959 classic “The Haunting of Hill House” on the 12th. Netflix also launches two new dramas this October: “Wanderlust,” starring the amazing Toni Collette, on the 19th, and “Bodyguard,” adapted from the popular British show of the same name, on the 24th.