Why Acting Classes Are Essential to Early-Career Actors 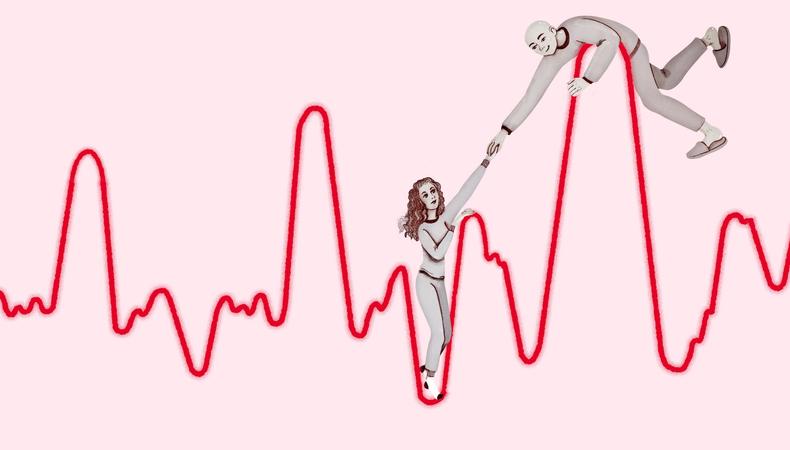 Casting team Amanda Lenker Doyle and Chrissy Fiorilli have a lot of TV casting experience between them, but when AwesomenessTV’s “Zac & Mia” came to them, it wasn’t quite like anything they’d ever done. The show is a romantic drama (with a dash of comedy) about two hospitalized teens battling cancer. When their reluctant friendship turns into a real one, they lean on each other to navigate the ups and downs of the disease. Now in Season 2 (both seasons are available to stream on Hulu), the series’ CDs had to turn to nontraditional sources to authentically cast new characters—including casting talent who have survived cancer in their real lives and a first-time actor who is an amputee. Doyle and Fiorilli shared how they cast this season and why working with authenticity in mind was so important for the series’ soul.

How did the original cast come together for the show?
Amanda Lenker Doyle: We released a breakdown and received submissions and started auditioning actors. We narrowed down our choices through callbacks and then had chemistry reads between potential Zacs and potential Mias, and after we had those chemistry reads, they were like, “You know, we still aren’t sure if we have our Mia.” We were casting at the same time as pilot season, so by the time we had reached that point, pilot season had started to calm down some. Because we knew that more actors would be available to us, we started calling agencies, and Anne Winters came to us that way.

What was new for Season 2?
ALD: In Season 2, we’re seeing new characters. Zac and Mia are both out of the hospital and dealing with their individual recoveries, their relationships with their families, their relationship with each other, and how their relationship with each other is very different outside of the hospital than it was inside when they just had each other to lean on. Ashley, Zac’s brother, is in a relationship with a girl who has cystic fibrosis, so when we were casting that role, we were looking for someone who either had experience with the disease or had the disease. Kelsey Formost, the actor we cast, has a personal connection to cystic fibrosis, and she did a lovely job with it. We also needed a physical therapist for Mia, and we were looking for empathy in some capacity, someone authentic who has been through the experience that Mia has been through in the show. We looked for someone who had experience as an amputee, and that was hard to find. We put out a breakdown, a traditional breakdown, and got maybe 10 submissions from Los Angeles and New York. Chrissy Fiorilli: I did some digging and found an agency that represents actors who are also amputees, and Nick Ekbatani was listed in their roster. He came in and we knew from his website that he had done public speaking and motivational speaking, so while he wasn’t trained as an actor, we knew that he could captivate an audience and hold people’s attention and was comfortable in a performance position.

What were some challenges to this casting process?
ALD: Looking for and finding authentic performers who could handle the very difficult material, material that most traditional actors have a hard time with. Also, navigating the casting process emotionally, having been touched in our lives by cancer, was different than anything we’ve experienced before. CF: Just like any project, we have to have at least a couple pieces of the puzzle fit together before you can round out the whole. Getting the right Zac, getting the right Mia, and then surrounding them with all the right people. And then the chemistry between the supporting cast and Mia and just the world that’s created, we have to have certain pieces in place. The urgency makes all the pieces fall into place right at the end, and that’s always a challenge that happens across the board.

What advice do you have for young actors?
CF: It’s important to take real acting classes and learn your technique. Yes, people can notice you through social media, but even when you hear those stories about people getting discovered at the bank, those people still have to take classes. Learning acting technique, not just auditioning, is very important. ALD: The best actors are the actors who really commit to the craft and don’t look at it as, “I’ve learned something, now I know how to do it and I don’t have to work on it anymore.” It’s a continuous job whether or not you are actively on a project. You have to continue to work on your craft.

Want to get cast on a television series like “Zac & Mia”? Check out Backstage’s TV audition listings!

Elyse Roth
Elyse is a senior editor at Backstage, where she oversees all casting news and features content, including her weekly casting director Q&A series, In the Room. She came to New York from Ohio by way of Northwestern University, where she studied journalism, and now lives in Brooklyn. She might see and write about awards-worthy films, but Elyse still thinks “Legally Blonde” is a perfect movie and on any given night is probably taking in some kind of entertainment, whether it’s comedy, theater, ballet, or figuring out what show to binge next.
END_OF_DOCUMENT_TOKEN_TO_BE_REPLACED