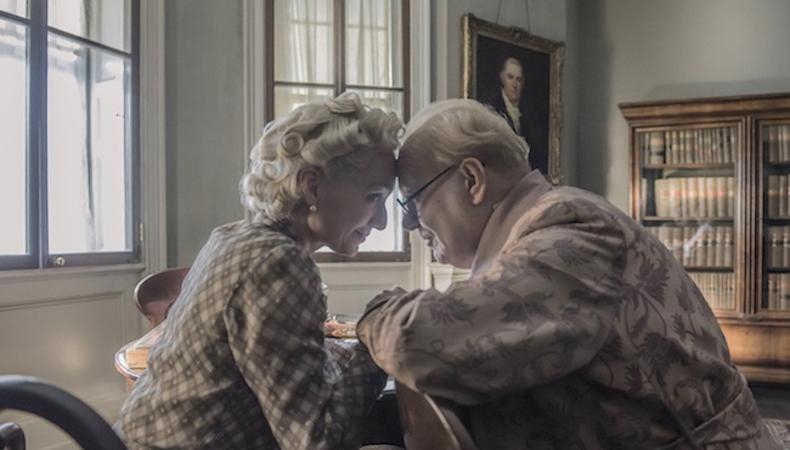 If Joe Wright had cast the wrong actor to portray British Prime Minister Winston Churchill, his “Darkest Hour” would have been more like the audience’s darkest two and a half. So when searching for his lead, the director was faced with a crucial choice. “You can either cast someone who looks like the character,” he says, “or you can cast someone who conveys the essence of the character.” With veteran character actor Gary Oldman, Wright followed his gut to the latter.

Oldman, he says, naturally embodied Churchill’s “borderline manic energy, this intensity, both physically and mentally.” If Oldman has proven anything over his 35-plus years onstage and onscreen (including vivid portayals from Sid Vicious of “Sid and Nancy” to Sirius Black of the “Harry Potter” franchise), it’s his ability to go to extremes. “The physical stuff, one can find solutions for,” Wright continues, noting Churchill’s signature stature and jowly speech, “but it’s really the essence that is most vital and important.”

Finding the Churchill we see in “Darkest Hour” was a matter of collaboration between the “Atonement” director and Oldman. “We worked very closely,” Wright says of their monthslong preparation and rehearsal process. Curiously, it was the way Churchill breathed “like a bulldog” that first got them headed in the right direction. “I think the first note I ever gave him was in a prosthetic makeup test, and that was to start with what [Churchill’s] breathing rhythm is and then build it from there.”

As the former prime minister’s breathing was the nucleus of Oldman’s characterization, so, too, was Oldman the nucleus of the “Darkest Hour” ensemble, which includes Ben Mendelsohn, Lily James, and Kristin Scott Thomas. “I think you have to start [casting] with the lead role, rather like painting,” Wright says. “You start with the lead color, and then you build your canvas around that central performance.” For this particular canvas, the director had to persuade Thomas to leave her home in Paris to take on Churchill’s wife, Clementine—“I developed the script further with her in mind to make sure the role was worthy of her,” he says. The film shows how Clementine and secretary Elizabeth Layton (James) were the foundations that kept Churchill together through times of political turmoil.

“As you know from my previous films, I like working with women and I like female characters, and I felt it was important that this film should have some balance in gender roles,” Wright says, alluding to his film credits with one-time muse Keira Knightley and others. “I don’t think there would be any Winston Churchill without Clementine. She was his sounding board. Everything, every policy went through Clemmy.”

Wright has never been a director who goes for the obvious. That’s proven in every element of the film, from his decision to cast Oldman as Churchill down to the creative flourishes onscreen. (One particularly memorable sequence sees a town getting ransacked by bombs overhead, only for the camera to pull out and reveal the image of a human face within the burnt landscape.) It comes as little surprise, then, that he seeks the same surprise from his actors. Particularly in the audition room, he says actors should reroute their readings to the less obvious destination.

“Sometimes, an actor comes in and makes you see the character in a totally different way,” Wright says. “Those are the most exciting castings.” He remembers Tom Hollander’s audition for “Pride & Prejudice”; whereas the natural read of Mr. Collins is to be self-important, smug, and confident, Hollander “read him as someone full of insecurities [who] made his boasts to prop himself up.” Wright has worked with Hollander twice since. “It’s really about an actor finding their take on the character—not being different to be different, but finding their own truth and bringing that to the table.”

Want to get cast in a feature film in the U.K.? Check out Backstage’s film audition listings!

Benjamin Lindsay
Benjamin Lindsay is managing editor at Backstage, where if you’re reading it in our magazine, he’s written or edited it first. He’s also producer and host of a number of our digital interview series, including our inaugural on-camera segment, Backstage Live.
END_OF_DOCUMENT_TOKEN_TO_BE_REPLACED