Hannah John-Kamen on Spielberg, The Stranger – and Kicking Ass 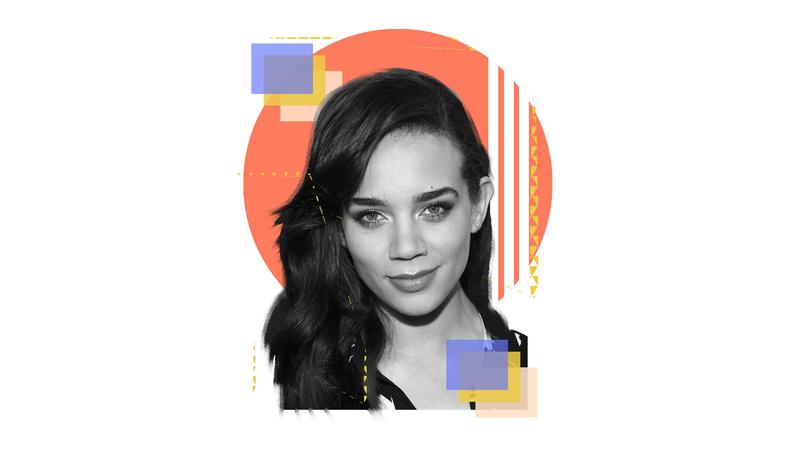 Despite being known for action roles (F’Nale Zandor in Ready Player One or ass-kicking Marvel supervillain in Ant Man and the Wasp), Hannah John-Kamen can bring just as much presence without a badass costume. In Netflix’s addictive original series The Stranger, she plays the titular stranger, a seemingly ordinary woman who sets families, friends, and neighbours against each other. Next, she takes on a key role in the hotly anticipated adaptation of Brave New World and is rumoured to be the face of the rebooted Resident Evil franchise. We sat down with John-Kamen to discuss everything from building characters through fighting styles to fangirling her co-stars and getting recommended by Spielberg.

Your character in The Stranger was a departure from your action roles. Was that a challenge?
I like to be as versatile as possible but I think every role pushes you in certain ways. The sci-fi and action roles have been so fun to do, but with The Stranger it was lovely to take a step back and be a superhero or a supervillain psychologically rather than physically. Having said that, I think her baseball cap is kind of like her superhero cape! There’s also trauma and vulnerability in the character – she’s complex. It was a nice change and I think that’s what I want to do in my career – I want each role to be completely different from the last one, to add more strings to my bow.

What draws you to roles?
It’s reading the scripts and discovering a great character and story. Just like a book, you want to read something and go: “Wow, I’m enthralled,” or “I had so much fun,” or “That says so much to me.” It’s completely character-driven. I also look for things where I can have fun and do things that scare me. I’m constantly finding and pushing my boundaries and my limits.

How do you approach building a character, especially an action hero?
With action roles, I like the matching of different characters with different styles of fighting, especially when it’s fantasy. In Ant Man and the Wasp, the way my character Ghost can fade is just amazing for me creatively – coming up with how she moves and how she fights.

Action films are wonderfully physically challenging. The action roles I’ve played in the past, like in Killjoys, or Ready Player One, or Ant Man, are so great because I’m actually learning fight-skills like martial arts. It’s just such a fun thing to do when you’re kicking ass, it’s kind of empowering. It’s addictive.

What are the best things you’ve learnt from actors you’ve worked alongside?
Oh, that’s hard. The Stranger has such a strong female cast, and I got to see everyone bringing so much depth and bringing the story alive. I love read-throughs – sitting in that first read-through and getting excited about the project, especially when you’ve got everyone there. It’s inspiring, bringing it all to life.

Having a strong cast is the core of any show. And working alongside Jennifer Saunders was great – it was just so fun because you’re working with a star that you’re a fan of. I’m also fangirling myself when I’m working with the likes of Michelle Pfeiffer, Laurence Fishburne, Paul Rudd, and Michael Douglas.

You’ve had Steven Spielberg recommending you for parts. How do you keep your cool in auditions after that?
Gosh. I still pinch myself with Steven Spielberg, even that I’ve worked with him, let alone had a letter of recommendation from him. It’s absolutely incredible, I still don’t believe it. But with that behind you, you can’t have an attitude, you can’t go into an audition room and start relying on that. You’ve got to come in and be in the moment, be truthful and give your interpretation of that role. And hopefully, have fun. For my camera test for Ant Man and the Wasp, I went in that room and I just had fun. I was the character – I just completely immersed myself in it. I remember coming out of that and saying to myself: “No matter what happens, I’ve had one of the best days of my life.”

With so many physical roles, how do keep yourself from burning out? And how have you been keeping busy in lockdown?
When I’m working and I’m on set, it’s physically demanding. I have to make sure I keep hydrated, get good sleep, get good rest. I would say that if you ever feel like it’s getting too much, you should know that you absolutely can tell someone and just take 10 minutes – take a breather and reassess, because your best work won’t happen if you’re burnt out.

How do you deal with rejection?
Keep calm and carry on. If it wasn’t right for you, it wasn’t right for you. And if you didn’t get it, you didn’t get it! Trust that it went to someone who was right for it. You can’t stop and worry about that stuff, or doubt yourself, or sink into that worry pit. Don’t go asking: “Why didn’t they like that?” That can be very damaging. Remember: it’s not the end of the world. Onwards and upwards.

What advice would you give your younger self?
Find ways to remain grounded. Never, ever turn away from who you are. I like to describe everyone as their own thumbprint. You’re your own thumbprint, your own creativity is your own thumbprint. Nobody else will have it. Trust yourself, don’t panic and just have fun with it. The minute you stop having fun in this industry, it’s not worth doing anymore.

Brave New World is streaming now on Peacock in the US and is coming to Sky One and NOW  TV this autumn in the UK.