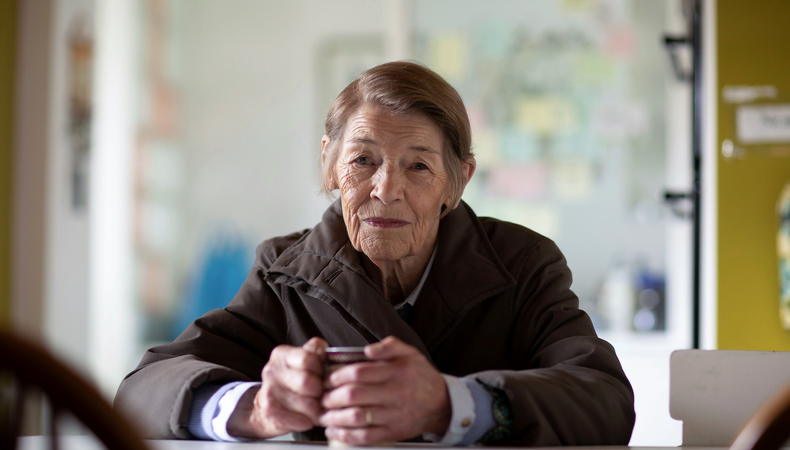 We don’t mean to panic you but there are less than 38 shopping days until Christmas. Maybe you really shouldn’t be doing anything but planning elaborate Brussels sprout recipes, but just in case you’d like to have, you know, a life, then here are some other things to get up to…

GJ Day is here!
Mark your diary – 23 November is Glenda Jackson Day! BAFTA is hosting a Q&A with one of the UK’s most celebrated actors and tickets will go quick! She’ll be talking about her new BBC film, Elizabeth is Missing, which examines one woman’s struggle with dementia. (£7.50)

Theatre talks
Over at the National Theatre (NT) this month is an assortment of workshops and talks bound to excite any aspiring actor. First up on 18 November, actors Hammed Animashaun and Lucian Msamati talk about their roles in the NT’s ‘Master Harold’…and the boys. Then, on 23 November, the costume department is inviting you behind the scenes on a “multi-sensory walk.”  We’re not sure if that involves sniffing armpits but there’s only one way to find out! (£5)

Looking for stage or screen roles? Check out our UK auditions

Drama chat in Soho
Teamwork makes the dream work, right? Why not spend Sunday 17 November finding out about a key member of the theatrical team: the dramaturg. Soho Theatre is hosting the Kenneth Tynan Award, which recognises excellence in the field of dramaturgy. The award will be given out and there will be panel discussions, dramaturgical “surgeries” for writers, and networking galore. (From £14)

Hey Big Spenders, spend a little time in SE1
The brilliant Clarke Peters will be at the BFI on 24 November to talk about the equally amazing Sweet Charity. If you like a bit of modern dance with a side order of Bob Fosse and Shirley MacLaine then this is for you. Jazz hands at the ready! (£12.50)

READ: What Is the BFI + Why Should You Care?

Winter whoosh-ing
Yes, it’s cold, but the onset of a London winter also means it’s time to grab a bobble hat and get yourself down to Somerset House for an elegant glide around their ice rink. If elegance is a step too far then nab an egg nog and join the beautiful people on the icy sidelines as they enjoy the sweet tunes during Skate Lates. (£17)