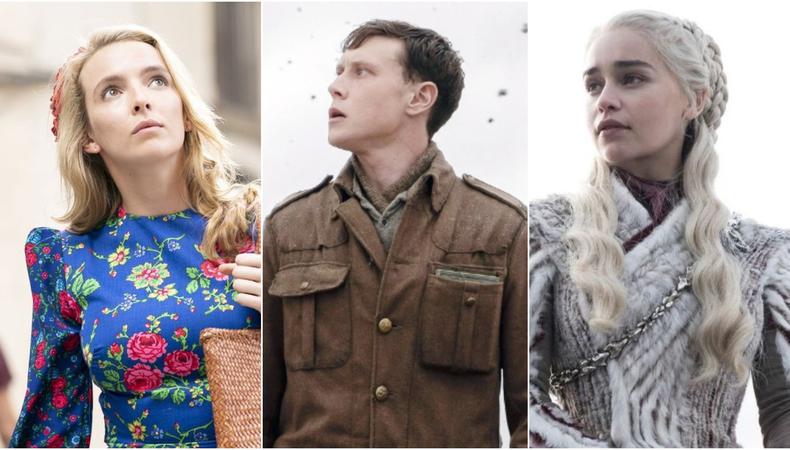 It’s been hard to avoid the headlines about the UK production boom, with more money than ever being pumped into film and high-end TV drama. But while we can all agree that more work is a good thing, productions are having a tough time staffing up and meeting demands. Thankfully, industry charity ScreenSkills are working to predict and plug the skills gaps. If you’re thinking of building a career behind the camera, or you’re an actor adding strings to your bow then these guys are your first port of call for which jobs and skills are most in-demand.

Backstage caught up with ScreenSkills’ Director of Communications Louise Jury to find out how they support people getting into film and TV, hear what conversations are going on in the industry, and why the future might lie outside of London.

Where are the skills shortages in the industry?
Across a wide range of roles, from new-entrant roles to skilled roles like production coordinators and craft and tech roles. There are also geographical variations. From our point of view, it’s fantastic there’s been a production boom in the last few years which has led to this. But it means we’re working harder than ever to find, develop, and retain the people the industry needs to continue to be successful.

How do ScreenSkills work to stop shortages?
Nobody can do a job they know nothing about and, historically, people haven’t understood any of the creative industries, let alone the screen industry. So, we start with education work and careers information, and we have a website full of information about all the different roles available. For instance, if you don’t know what a grip is, you can find out, and we list the skills and training you would need to become one. We do that across the whole of film, TV, and VFX because it’s the first step for anyone thinking of a career behind the camera.

We also run events to introduce people to the industry, so if you’re thinking you might like to work in screen then come along to an open doors event and talk to people to find out what it’s really like and what the opportunities are. Then there’s our flagship new entrants programme called Trainee Finder which we run across film, high-end TV, and children’s TV. It’s a year long, and you get the opportunity to be matched with paid placements on productions. We’ve had people on everything from Sam Mendes’ 1917, Game of Thrones and Killing Eve.

How might someone who’s thinking of a career in screen production get the best from ScreenSkills?
You can sign up, create a profile and, as you do training and gain experience, showcase yourself to our community. Sign up for our newsletters and follow us on social media for information about training opportunities. And there’s shed-loads of information on the website.

There are about 10,000 courses in further and higher education that involve some element of screen work, so you need a way to navigate through them. We have ScreenSkills Select, an endorsement for practical courses which we’ve asked industry professionals to examine to see if they are genuinely preparing people to work in the industry. It’s a signpost, if you like.

Is this a good time to get involved in the screen industry?
Yes. I think, in the past, people worried about job security if they were going into the screen industry, but if you look at the numbers and the amount of work now available, it’s now become a very sensible option. The amount being invested in film and TV production is at record levels, and the government has acknowledged that the creative industries are growing much faster than almost every other part of the economy. In fact, at the end of last year it was the screen industries that kept the UK from going into a recession.

Are there opportunities for people outside of London?
Yes! London and the south-east have historically been the centre of film production, but there is now a drive to encourage more production elsewhere. In some parts of the country there are skills shortages which are as severe, if not more so, than in London.

We can’t fund our courses everywhere, but this year we’ve been from Cardiff to Glasgow, Leeds, Manchester, Birmingham, and Bristol. We’re launching a series of courses in Yorkshire and the Humber to develop more craft and tech workers with something called the Centre of Screen Excellence Yorkshire. That is the first of hopefully a few centres which support the nations and the regions and provide greater opportunities across the whole country.

Looking to act in the screen industry? Check out our UK auditions

What are the big conversations in the industry?
The screen industries are genuinely trying to open up to a wider range of talent. Diversity is a huge conversation, including at the BAFTAs and Oscars, and we’re working hard to make sure our part of the industry is finding and developing a greater diversity of people than it was in the past. Some of that is through bursaries as well as looking at practical ways to help people get in or get on in their career. For instance, sometimes at the beginning of a career you might not be earning much, and us getting you the right wet-weather gear can make all the difference between doing a good job on set and not.

Generally, the amount, scale, and length of productions now have increased and there is evidence that people are working more than ever and taking less downtime. We want to make the industry healthier and more resilient, so we’re doing lots of work around mental health awareness and training mental health first-aiders.

What would you like the industry to look like at the end of this decade?
Everybody wants the industry to be strong and thriving, but it’s really important that it’s filled with talented people from all backgrounds. Rather than addressing diversity with one initiative here or there, I would instead like to see it embedded in every part of the industry and in people’s thinking. That goes for BAME talent but it’s also critical we are aware of supporting people from disadvantaged backgrounds. Everyone here would like to see a more diverse industry by the end of the decade.