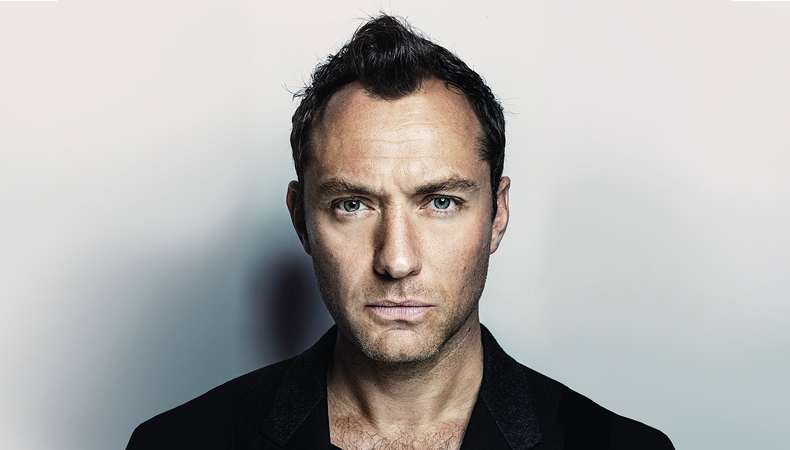 Jude Law to star in Sky co-production The Third Day as company doubles its content budget
As Sky and HBO bask in the global critical success of their original series Chernobyl, the two companies have announced a second co-production, The Third Day, starring Jude Law. The six-part drama is set on a mysterious island off the coast of Britain and follows the experiences of Sam, played by Law, as he encounters the secretive inhabitants and their strange rituals. Written and co-produced by Dennis Kelly, whose cult series Utopia is currently being rebooted by Amazon, the series will be directed by BAFTA-winner Marc Munden (Utopia, National Treasure) and will shoot on location in the UK from July this year.

The Third Day is to be the first production from Sky Studios and comes alongside the announcement that the UK broadcaster is to double their investment in original programming to a reported £1 billion after a buyout from Comcast earlier this year. The money will continue developing comedy and drama for Sky as well as original movies, key areas of competition against US companies Netflix and Amazon.

Landmark new deal for West End performers
A landmark new agreement will see performers in the West End’s largest theatres secure a minimum fee of over £700 per week for the first time. The new deal between Equity and the Society of London Theatre (SOLT) promises a 9% pay rise for performers in every West End theatre over the next four years, with the highest capacity theatres increasing base rates to £757.84.

The agreement contains a huge boost in payments for understudy responsibilities, dance captains or swings, and it secures Christmas Day off work without a reduction in salary or holiday entitlement. In a nod to the increasing calls for flexible working and job shares, Equity and SOLT have agreed to incorporate these rights into contracts and to ensure theatre management consider requests “carefully and sympathetically.”

Equity said the new deal “delivers important improvements in our membersʼ terms and conditions, reflecting many of the unionʼs priorities,” adding that alongside pay increases it “takes important steps in reflecting progress in wider society” with extra commitments to inclusive casting, opportunities for disabled performers, and a timely yes or no after castings. Read a detailed breakdown in next week’s instalment of The Business.

Actors recognised in Queen’s Birthday Honours
Olivia Colman, Simon Russell Beale, and Cush Jumbo are amongst industry figures to be recognised in the Queen’s Birthday Honours. Announced earlier this week, Colman is to be made a CBE for her services to drama, following her award-winning role as Queen Anne in The Favourite. Elsewhere, Emmerdale actor Chris Chittell is to be recognised with a BEM, Alfie Boe with an OBE, and actor and playwright Sheila Atim with an MBE. Many fans of Olivia Colman were surprised to learn through the announcement that the actor’s real name is Sarah Sinclair.

Actors attacked in homophobic hate crime
Performances of the Olivier Award-winning Rotterdam, a play about gender and sexual identity, had to be cancelled this week after cast members became the victims of a homophobic attack. Playing at the Nuffield Southampton Theatre, cast members Lucy Jane Parkinson and Rebecca Banatvala were attacked in the city on Saturday, with producers reporting the pair “sustained only minor injuries but are hugely shaken.”

In a statement, the actors said: “The attack happened because we were embracing. There’s no mistake that this was a homophobic hate crime. It was a cowardly attack.” Following the cancellations, the theatre tweeted: “We are devastated that this kind of behaviour is still so prevalent, a fact which reinforces the importance of this play’s message. We are doing all we can to support the team and thank our audiences and colleagues for their support.” Local police are investigating.

Female Film Force
Dating app Bumble announced the winners of £100,000 worth of funding from Female Film Force, an initiative for all-female film teams now in its second year. Out of 1,300 pitches, the five winning projects include a comedy-drama about Queen Victoria’s postnatal depression from Doctor Who writer Joy Wilkinson, and actor-writer Joan Iyiola’s story about a British-Nigerian girl at a traditional English boarding school. The funding will see five films produced and “help launch these inspiring women into the industry,” with the completed projects premiering in January 2020. Read more here.

Part of the Night
Female, non-binary and trans theatre company Part of the Main is launching a sister-company Part of the Night next week with the aim of making clubs and bars more inclusive. To launch it, the company are hosting Theatre On Tap, a 24-hour creative challenge where three teams of women and non-binary writers are to create short pieces for Islington’s Old Red Lion. Olivia Munk, co-founder of Part of the Night, said that many people weren’t comfortable going to a pub or club alone, stating the company hopes to “make nightlife spaces social centres where like-minded people can come together to enjoy food, drink and really good stories.”