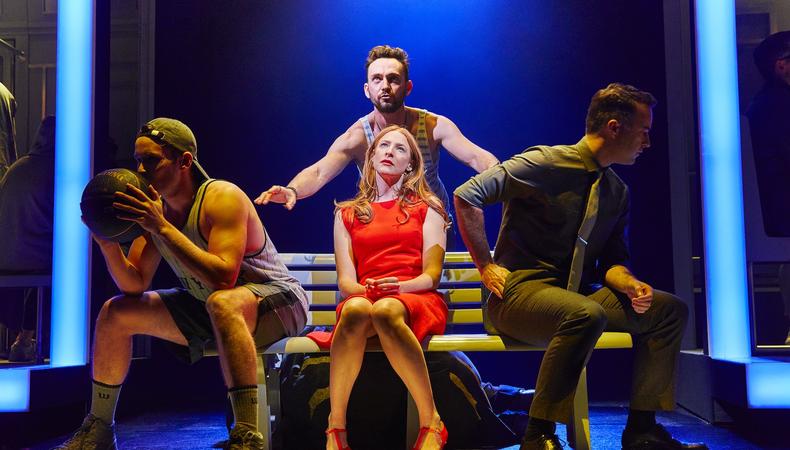 If you feel like Oscar Wilde when he said: “I love acting. It is so much more real than life…” then you’re in the right place! With industry news, the latest castings, and upcoming projects, we’ll make sure you stay updated on the ever-changing theatrical world. Whether it’s West End, fringe or regional theatre, we have your back.

Company and Come From Away lead Olivier nominations.
The gender-switching revival of Sondheim’s Company has scooped up nine nominations for the 2019 Olivier Awards, levelling with 9/11-era musical Come From Away. Just behind them is The Inheritance with eight nominations – the most for a non-musical play this year – followed by six nominations for the revival of The King and I at the London Palladium. Company’s star Rosalie Craig is up for best actress in a musical and joins a hefty roster of potential winners across acting categories including Gillian Anderson, David Suchet, Vanessa Redgrave, and Sir Ian McKellen. The awards will be presented at the Royal Albert Hall on 7 April.

READ: The Backstage Interview with The Star of Company Rosalie Craig

Sheridan Smith strikes again.
This summer, Joseph and the Amazing Technicolor Dreamcoat will be revived at the London Palladium with Smith playing the Narrator. Known for Funny Girl and Legally Blonde, Smith is the only cast member announced so far. With lyrics by Tim Rice and music by Andrew Lloyd Webber, the biblical musical will open in previews on 27 June. Laurence Connor directs, with design by Morgan Large, choreography by JoAnn M. Hunter, lighting design by Ben Cracknell, and sound design by Gareth Owen.

Jesus continues to hop the ‘A’ train.
The Young Vic’s production of Stephen Adly Guirgis’ Jesus Hopped the ‘A’ Train has announced an extension to its run. Due to popular demand, the Kate Hewitt–directed production will now run until 6 April. Starring Oberon K. A. Adjepong, Matthew Douglas, Dervla Kirwan, Ukweli Roach, and Joplin Sibtain, the story takes place in Rikers Island prison in New York, where a young man accused of murder is stuck with a serial killer and a sadistic guard. Guirgis is a Pulitzer Prize-winning playwright, and Hewitt previously won the JMK Young Director’s Award in 2014.

Meet the rest of the Fiddler family.
Andy Nyman and Judy Kuhn will star, and now a full cast has been announced for the West End transfer of Fiddler on the Roof. After a sold-out run at the Menier Chocolate Factory, the Playhouse Theatre will be converted to stage the immersive production. Directed by Trevor Nunn, the full cast includes Nicola Brown as Chava, Harriet Bunton as Hodel, Dermot Canavan as Lazar Wolf, Stewart Clarke as Perchik, Joshua Gannon as Motel, Matthew Hawksley as Fyedka, Louise Gold as Yente, and Molly Osborne as Tzeitel. Book is by Joseph Stein, music by Jerry Bock, and lyrics by Sheldon Harnick.

Finally, a Heathers West End cast recording.
A cast recording has finally been released of the West End production of Heathers: The Musical, based on the cult 1989 film of the same name. The production premiered and enjoyed a spectacular run at the Other Palace and Theatre Royal Haymarket in 2018, and the recording features the original cast, among them Carrie Hope Fletcher, Sophie Isaacs, Jodie Steele, and T’Shan Williams. The release includes all the songs from the hit musical together with numbers added to the West End show. Music, lyrics, and book are by Laurence O’Keefe and Kevin Murphy, and the West End production was directed by Andy Fickman.

The Park Theatre gets a new UK premiere.
A translation of Alexis Michalik’s French play Intra Muros will have its UK premiere at the Park Theatre in April. Translated into English by Pamela Hargreaves, the production will be directed by Ché Walker, with live music and DJ mixing by Rio Kai. Victor Gardener, Emma Pallant, Declan Perring, and Summer Strallen will star alongside Walker in the metatheatrical story.

Jeremy Jordan will be back in the UK.
The American screen and stage star is returning to sing in the UK after concerts in 2016 and 2018. You may know Tony- and Grammy-nominated Jordan from the TV show Smash, or as the original Jack Kelly in Newsies on Broadway, or perhaps from the movie-musical The Last Five Years alongside Anna Kendrick. No matter how he got on your radar, his solo show at Cadogan Hall is not to be missed. Tickets go on sale on 25 March and he’ll be performing three concerts on 26 and 27 October.

Benjamin Button takes to the stage.
Jethro Compton has written, directed, and produced a Celtic musical version of F. Scott Fitzgerald’s short story The Curious Case of Benjamin Button, best known perhaps in its 2008 cinematic retelling starring Brad Pitt and Cate Blanchett. Book and lyrics are by Compton, with music and lyrics by Darren Clark, who also serves as musical director. The story follows Benjamin Button, a man with a mysterious condition that makes him age in reverse. Matthew Burns, Rosalind Ford, Joey Hickman, Philippa Hogg, and James Marlowe will star, and it runs at Southwark Playhouse in May.