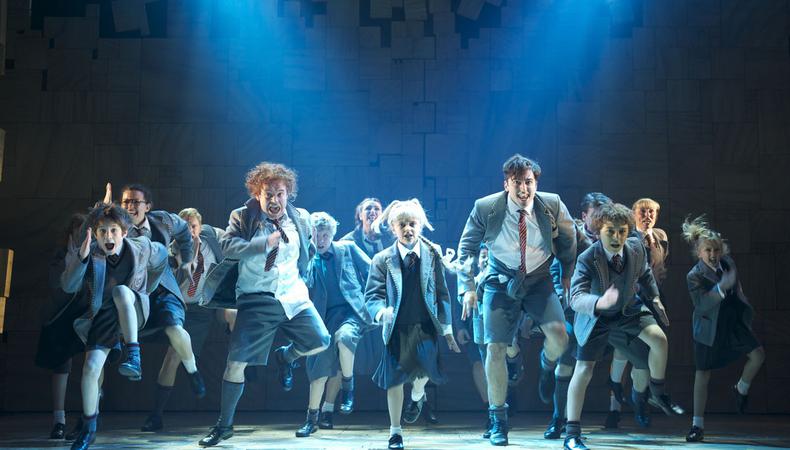 For many people, acting is a bug that gets you young and then doesn’t let go. Suddenly, being the lead in the school play isn’t enough and all you want to do is act 24/7. Falling in love with the business early on can be lucrative – Ryan Gosling, Daniel Radcliffe, Jamie Bell, and Saoirse Ronan all started young, and it hasn’t ended badly for them. Plus, for every glittering success story, there’s an adult who gained a spring in their step and a little bit more confidence from doing drama classes as a kid.

So, what should you be thinking about in the search for the perfect acting class for your little darlings? Firstly, it’s useful to think what you want from them. What’s your aim? Is it to go into the industry professionally or does your child just love acting and want to do it as much as possible? Our list includes classes that cover most options – and remember to consider the price of classes, because until you win that Oscar, costs can mount up…

The Breakdown:  Family-run drama classes based in Greater Manchester, offering classes for children of all ages, but with a clear emphasis on preparing students for a professional acting career.

Set up by former Brookside actor Sue Jenkins together with her daughter and her director husband, this family business runs drama classes for two age groups: six to 11-year-olds and 12 to 17-year-olds based in the Manchester area. Unlike some organisations on this list, The Actors’ Lab is upfront about its vocational focus, with a stated mission “to create a launchpad for aspiring actors to develop their skills in a challenging, flexible, and rewarding environment,” though the emphasis for younger classes is on role play and imagination.

Older children are offered a one-hour class that prepares them either for adult lessons or for drama school, and it takes in TV, camera work, and auditions as well as building on acting techniques already learnt. The Actors’ Lab trains kids who have one eye on professional work and should be considered by children who are thinking seriously about the profession. Fees are £300 per term for ages 6–12 and £240 for ages 13–17, with the chance to try one class for free.

READ: 8 UK Acting Agencies for Children You Should Know

The Breakdown:  London-based classes with LAMDA-trained teachers offering small classes with an emphasis not on fame, but on encouraging imagination and creativity.

Based in Willesden, north-west London, Allsorts was set up in 1992 “to help children explore drama and express their individuality.” As well as summer holiday workshops, they run weekly classes for four different age groups from four up to 18, with classes held on Friday evenings or Saturday mornings. Younger children are encouraged to play with makeup and costumes while older children get more serious, technique-driven classes led by industry specialists and culminating in a performance showcase.

The owners are keen to stress that they are not a stage school or a franchise; rather, they focus on encouraging children to think creatively, and for the younger ones, to play, invent, and to be free. That said, they do work with a sister talent agency, and placements include Game of Thrones, Harry Potter, The King’s Speech and Charlie and the Chocolate Factory.

The school offers LAMDA classes and LAMDA-trained teachers, and they also provide drama lessons within a range of west and central London schools. The location of these classes may tell you something about their price: held in Notting Hill, Hampstead, and Westminster, Allsorts isn’t one of the cheaper options on this list. Prices are £110 for ages 4–6 and £180 for ages 14–18, with week-long holiday workshops at £230.

However, Allsorts do offer a trial-class refund if your little darling feels that life on the stage is not for them after all…

Daniel Kaluuya, Kathy Burke and Naomi Harris: not a bad alumni list for this small north-London theatre school. In fact, meet a successful working-class actor who grew up around Islington and it’s likely they’ll have been to a class at the Anna Scher Theatre School. When the school first opened in the 1970s, fees were just 10p, and although it’s gone up a bit since then, it’s still affordable compared to many classes on this list. The school now charges £5 for their improv-based lessons, and you pay on the door.

Former teacher Scher’s priority isn’t starry future careers – it’s keeping kids busy and off the streets, but it’s notable that many of her former pupils have gone on to work professionally; and the casting directors of shows like EastEnders and Grange Hill owe a lot to Ms Scher.  At the school, children are expected to adhere to strict rules – no gum, be considerate, and never, ever be late. A strong emphasis is put on “decency, integrity and being humanitarian.” Classes are grouped into juniors (6–11 years), secondary (11–16 years), and over 16s, who are included in the adult classes.

READ: A UK Agent’s Best Advice for Child Actors (and Their Parents)

Fierce Theatre Schools (FTS) claim they fill the gap between informal youth-style club acting classes and full-on vocational courses for aspiring professionals. Their lessons are aimed at 11 to 17-year-olds who have out-grown every-day drama groups and are aiming for entry into drama school or other vocational training. It should be noted that entry is by audition only.

Although FTS students can specialise in one of acting, singing, or drama, they’re encouraged to do all three. Students are divided not by age but by ability, and participants are expected to do a minimum of seven hours training each week – that’s three hours one weekday evening and four hours on Saturday. Emphasis is on training rather than public performance, though the latter is encouraged, and in-house productions provide not just performance experience, but the “opportunity to experience industry etiquette within a performance context.” Holiday workshops include Acting for TV and Stage Makeup, led by industry professionals.

FTS launched in 2010, and graduates have gone on to study at prestigious schools around the world from LIPA and Mountview to GSA and the New York Film Academy.

The Breakdown: Part of an established and well-connected theatre, these classes offer all-round, full production training.

A not-for-profit arts and theatre training facility housed in a disused Clapham library may not sound like much, but Omnibus is a theatrical force to be reckoned with. As well as an adult theatre whose patrons include Dame Judi Dench and Sir Michael Gambon, they also run the Omnibus Young Company, a Saturday youth theatre for young people aged 5–16.

Classes are split into age groups and include games, acting exercises, and an in-depth look into what it takes to put on a show. So, alongside acting, Omnibus lets kids investigate writing, directing, and design, which is great if your little one isn’t yet sure what area they’re interested in. Teachers claim lots of experience at various London theatres, and at the end of each term, students are expected to put on a production for family and friends. The stated aim is to “create a space in which members can discover identity through self-expression and explore the world around them.”

Price-wise, you can pay per class, or it’s £117 for ages 5–10 and £156 for 11–16. There’s also a 10% sibling discount, so you can let all your children fulfil their creative potential while you get a lie-in on Saturday morning. Also worth noting is “Routes” – a completely free theatre programme for children aged 5–11 running during the summer holidays, where kids create their own production which they perform at the end of the week.

Omnibus Theatre’s artistic director Marie McCarthy describes the Young Company as “a space that encourages self-expression and creativity while building on core drama skills,” and the emphasis is on developing confidence and teamwork.

The Breakdown:  With classes run throughout the country by a TV star-turned-teacher, this is an academy with a professional slant offering a path to a career in acting.

Pauline Quirke was an Anna Scher alumni who made a name for herself during the 1990s in TV sitcomBirds of a Feather. Quirke now runs her own business, the Pauline Quirke Academy of Performing Arts (PQA), which offers weekend acting classes to children aged 4–18 years across the country. She set the school up when she couldn’t find “enjoyable and fun” lessons for her own son, and there are now almost 200 of her academies throughout the UK.

PQA’s emphasis is on building confidence and having fun. As well as acting classes, children can get involved with comedy, musical theatre, and production. Classes are three hours long, rotating through hour-long sessions on each discipline. Students are split into groups according to their age and are taught by specialist expert teachers.

There’s definitely a professional air to the school’s ethos, and it has its own talent agency, Quirky Kidz, giving students the opportunity to pursue professional careers. The Academy also performs regularly at the Edinburgh Festival and runs its own film festival, where “the top student films are selected for screening at some of the best cinemas in the country.” And in 2019, PQA opened a full-time school for aspiring young performers over16, offering two-year courses in performing arts in London.

READ: 1 Acting Agent for Young UK Talent Has A Warning For You

The Breakdown:  Want to impress? Try these seriously reputable acting classes from a world-famous institution.

Royal Central School of Speech and Drama – yep, it sounds good, doesn’t it? While other children sit and watch TV while eating their twelfth packet of crisps, your little darling is pursuing their acting dream at Central!

Central offers two main options. Firstly, there’s the Saturday Youth Theatre programme aimed at 6–17-year-olds. It offers drama classes that aim to be “challenging and enjoyable,” and this year’s theme is Shakespeare. Alongside improv, a range of drama techniques and theatrical forms are taught in small classes of 20 and under. The focus is very much on acting rather than other performing arts, and students will get the full benefits of learning with some great drama teachers. The drawback? A full term costs £275.

The other Central option is the Youth Theatre for Actors and that’s even more expensive – £595 for an intensive one-week course over the summer. They promise that students will “develop skills in ensemble working, voice, movement and acting” through games and exercises, culminating in a performance for parents at the end of the week. Students have gone on to study as adults at Central alongside other schools including RADA.

Sylvia Young is one of the legendary names of the acting industry, and with just cause. She’s trained big names such as Keeley Hawes (The Bodyguard), Nicholas Hoult (X-Men), and even pop star Dua Lipa when they were little people. As well as the full-time school, there are part-time options on offer for students aged 4–18 with classes held on Thursday evenings and Saturdays.

Unlike other institutions on this list, Sylvia Young doesn’t present a big end-of-term production or set any exams. Drama classes are based on improvisation and general stagecraft, with acting skills being honed through devising scenes, creating characters, and the gradual introduction of script work. The focus is on vocational development and training, but within an informal, friendly setting.

That said, Sylvia Young is well known for producing child actors with professional careers, and the school does have its own talent agency attached which, unsurprisingly, is often over-subscribed.  Known as the Oxbridge of theatre schools, Sylvia Young has a great reputation and real industry clout for children seriously considering a career as a performer. Fees start at £89 for younger children.

Ready to get to work? Check out Backstage’s UK Child Audition Listings.