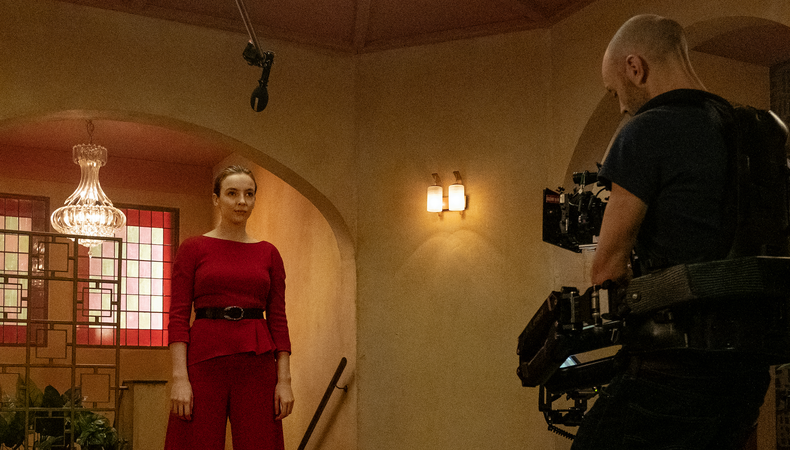 A swathe of UK film and TV drama projects look set to start filming in the coming months after the government announced a £500 million fund this week to help productions struggling to get coronavirus-related insurance.

The inability of productions to secure insurance since the pandemic halted filming in March has emerged as the biggest hurdle facing the film and drama sector, leaving thousands of on- and off-screen talent out of work. And while extensive safe filming guidelines were agreed by the UK industry in May, very few productions have been able to restart without cover.

Announced by Chancellor of the Exchequer Rishi Sunak and Minister for Digital, Culture, Media and Sport (DCMS ) Oliver Dowden, the new £500 million Film and TV Production Restart Scheme will fill the gap left by the lack of available insurance. The government say it will cover coronavirus-related losses for cast member and crew illnesses and filming delays or disruptions caused by the virus.

The funding will be available to productions spending at least half their budget in the UK. It is estimated the fund will cover more than 70% of the film and TV production market to the end of the year.

Producers alliance Pact, alongside the BFI and major industry players, has been engaged in months of talks with the government about the insurance issue. Last week, Pact CEO John McVay warned that if a solution was not agreed by the end of July, shoots would either be moved overseas, be pushed into 2021, or abandoned altogether.

Industry reaction
Producers have been quick to welcome the government funding. Elizabeth Karlsen, producer at Number 9 Films, whose credits include Colette and On Chesil Beach, said the fund would allow the company to shoot its next project, Mothering Sunday, in autumn as planned, with the talent secure in their jobs. “It is an enormous relief to us and to many people who have been working tirelessly to keep projects alive over the past few months,” said Karlsen.

Hakan Kousetta, chief operating officer at Top of the Lake and Lion producer See-Saw Films, said the government intervention would allow production companies to get going again, unlocking hundreds of millions of pounds of production spend: “This is exactly the shot in the arm the TV and film industry has been waiting for.”

Of the handful of UK productions that have so far restarted, such as BBC1 drama Death in Paradise, most managed to put insurance in place before the pandemic.  Some big streaming players and US studios have also self-insured, allowing them to restart production a handful of projects.

The UK fund is vastly larger than France’s €50 million (£45 million) indemnity fund, which went into effect on 1 June, covering up to 20% of a film’s budget and operating on a case-by-case basis.

In the US, the Motion Picture Association (MPA), Independent Film & Television Alliance (IFTA) and the major Hollywood labour groups appealed last month to Congress to help resolve the insurance crisis as part of a package of Covid-19 relief proposals.

Setting out the details of the UK fund, the DCMS said it will be available to compensate productions after they have restarted, and only where costs are then incurred due to delays or abandonment because of coronavirus. It described the fund as a temporary measure, which will support productions which begin filming before the end of 2020 and for coronavirus-related losses through to the end of June 2021.

There will be a total cap on claims per production of £5m, and productions will need to pay an excess when seeking to claim under the scheme, as well as a fee when joining the scheme. Productions will also need to purchase insurance to cover non-coronavirus risks.

The hope is that the fund will kickstart the UK industry, which was thriving before the pandemic. The British film and television production industry supports more than 180,000 jobs and contributes more than £12 billion to the economy annually. However, most talent has been unable to work since March.

Pact CEO John McVay said: “This will not only help many hundreds of small companies across the UK, but also the many thousands of freelancers who have been furloughed to get back to work along with those who sadly weren’t able to benefit from the government’s interventions.”

Martin Haines, managing director of Deadwater Fell and Grantchester producer Kudos, who have been part of the negotiations, called the fund “a decisive and timely intervention which turns the lights back on and is an absolute gamechanger for recovery of the TV and film industries and the thousands of people who work in them.”