6 Ways to Further Your Acting Career During a Dry Spell 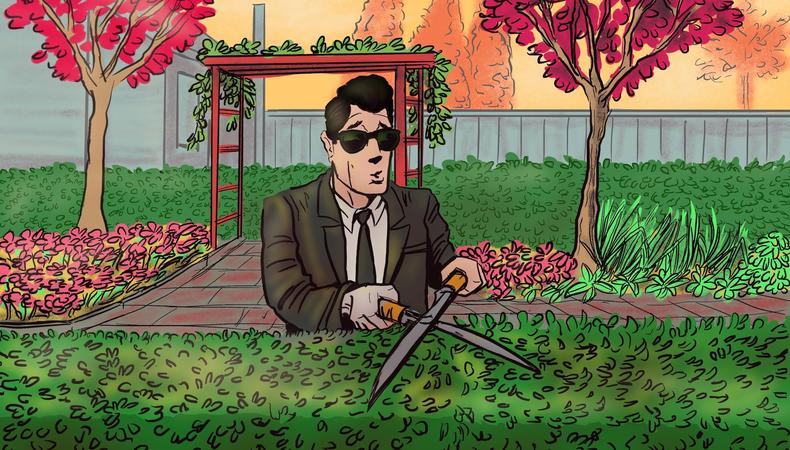 Pilot season is a memory, network shows are done, and all is quiet on the Western front. In other words, we’re right smack in the middle of hiatus.

Next to Christmas, this is the slowest time of year for agents. A lot of my colleagues are off on fun-filled vacations. Others are cloistered in monasteries, pondering why they chose a career where their success is dependent on the sanity of others. Me? I’m staying put so I can do a little research. And that research is for you.

READ: Why Professional Dry Spells Are Important for Success as an Actor

Naturally, spring is also a slow time for actors, so I’ve been asking my clients about changes they’ve made during hiatus that had a positive effect on their careers. Their answers were both surprising and enlightening. Below, I’ve rounded up the best from my best: All of these clients are working actors, and following their examples will help get you ready for when this drought comes to an end.

1. Several actors said they like to change up their routine during hiatus. One guy, a dramatic thespian, told me he tried a wacky improv class last year. Doing so forced him outside his comfort zone, and I guess it was a good idea—I just booked Mister Serious on his first sitcom!
2. One client asked me to share this advice: “Read the plays you fell in love with when you first became an actor. We get so caught up with the business. It can be draining. Reading those plays will relight the creative spark that inspired you to become an actor.”
3. More and more auditions involve self-taping, so a lot of my people are spending their downtime putting together a home studio. They’re doing the research, teaming up with friends, and buying the right gear. This is time and money well spent.
4. This next one surprised me because it involves thinking about someone other than yourself: A client explained that she liked to seek out other actors who were struggling with their careers so she could throw them some love. When she told me this, I made my cynical agent face and, in return, she gave me a hug. It was nice.
5. Almost every client told me they use this slow period to reconsider their physical appearance. For some, this means making changes to their hairstyles and wardrobe. For others, it means losing weight or joining a yoga class or improving their eating habits. (This one really hit home for yours truly, and I’ve just signed up for my first Pilates class.)
6. A lot of my actors said this was the perfect time of year to try something new, ideally something that has nothing to do with performing. This intrigued me and I asked for specifics. My favorite answers were: participating in Moth-style storytelling events, learning how to drive a stick shift, taking a gourmet cooking class, and ax-throwing. (An added bonus here is how cool all that stuff will look in the special skills section of their résumés!)

There you go. These six actions worked well for my clients, and they should help you, too. So enjoy the downtime but be productive, and don’t forget to smell the spring blossoms before some industry jerk steps on them with his expensive Italian shoes.