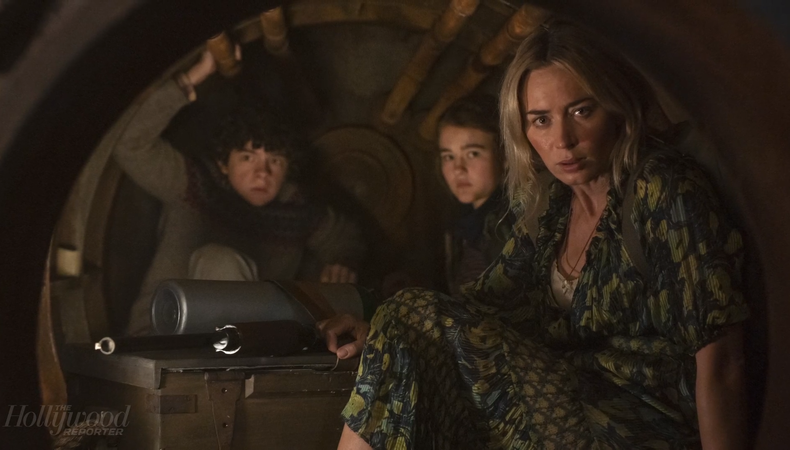 After being delayed by more than a year thanks to the pandemic, “A Quiet Place Part II” will finally hit theaters May 28. And suffice to say, sound is hugely important in the sequel—after all, it is right there in the title. That means Ethan Van der Ryn and Erik Aadahl, the franchise’s Oscar-winning sound editing team, had their work cut out for them. From creating the aural perspective of a character who is deaf, to the strict on-set sound rules of director John Krasinski, the duo breaks down the not-so-quiet world of their groundbreaking project.

What does a sound editor actually do?
Ethan Van der Ryn: The quick definition of what a supervising sound editor does is, we’re basically responsible for being the main sort of translator of the director’s vision of what the soundscape of the film should be. We are responsible for creating and executing that vision and directing the team of editors and sound designers and foley artists and foley supervisors, ADR, dialogue supervisors—the whole team of people who work with us, we’re responsible for directing them to execute the soundscape of the film.

Erik Aadahl: First we collect the sonic ingredients. We’ll go out into the field and record things—all the sort of flavors of the atmosphere, wind or trees, creatures and animals. Then we bring those back into the studio and start manipulating them. Some of that might be sound design like taking animal vocals and then manipulating them to create the creatures from “A Quiet Place,” and then we start building the tracks over many months. In the final mix, everything comes together. All of our edited dialogue and ADR, all of our foley details, footsteps, hand-taps and touches; the music then comes into it and all of that gets put together [to become] what audiences hear in the theater. 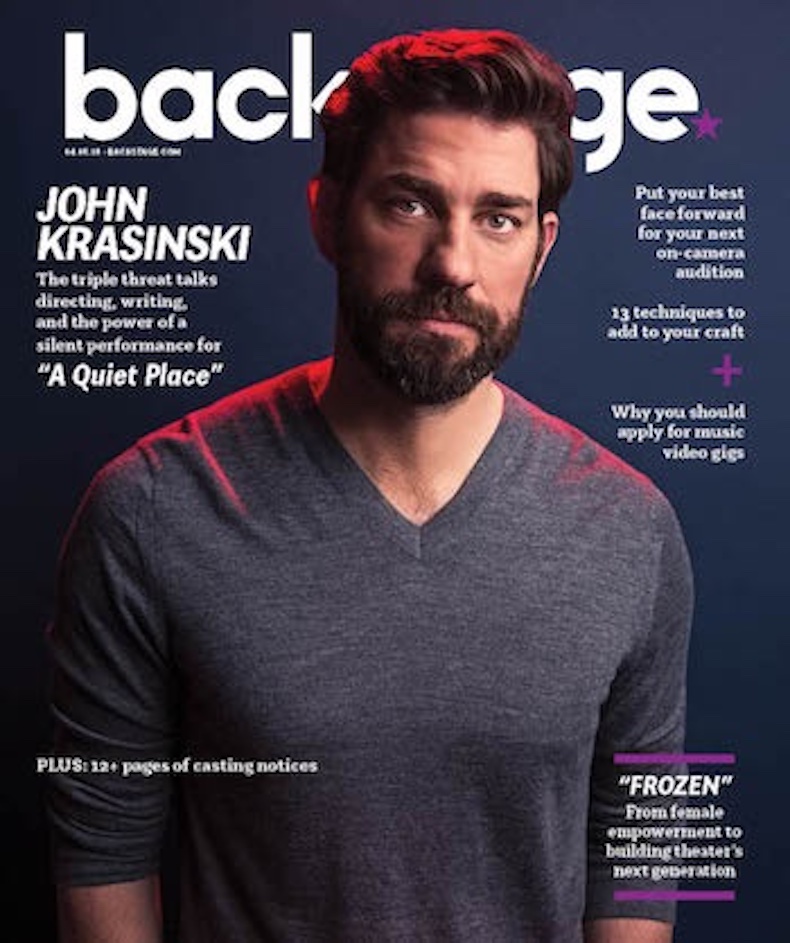 From a sound perspective, what’s unique about working on the ‘A Quiet Place’ films?EA: It’s a totally unique experience for us as sound people. There’s been this trend in Hollywood over the last few decades of, “More is more! Bigger is bigger! How huge can we get?” “A Quiet Place” and “A Quiet Place Part II” is the inverse of that. We’re totally pulling the rug out from under the audience by really stripping away. Our goal on the first film was to make audiences hold their breath and be afraid to make a sound in the movie theater as if they were the actual characters in the film, and it was this grand experiment to really put the audiences into the characters’ shoes. We didn’t really know if we were going to be able to pull it off. And even going beyond quiet but going to complete silence, which we did, is something we’ve never done before. But only a film like “Quiet Place” gives us that kind of creative latitude and it was thrilling. The first time we did it, it was a total experiment and we just got goosebumps. We choked up. We were like, “Oh my god, this is so unique. This is amazing.”

Did you get to build on the sonic work you did in the first film for this follow-up?
EVDR: This film is a direct continuation of where the first film left off. For the first one, the big part of our work was establishing this universe, that was basically controlled by these creatures who are blind but have hyper-hearing. It’s a world where sound is incredibly important, and learning what the rules are—basically, how much sound will get you killed and how, if you’re standing next to a waterfall, you’re able to speak because the sound of your voice is drowned out by the sound of the waterfall. It’s establishing those rules to make it all believable and to put the audience in the shoes of our characters. This [second] film is about carrying those rules forward and constantly reinforcing them while at the same time, expanding the world that our characters experience outside the confines of their little farm which the first film takes place. There’s a whole new set of complications.

“we had the opportunity to meet her and she told us, 'I feel like no one has ever understood my experience of the world and I feel like, for the first time now, people get it.'”

How does your work as sound editors play into an actor’s performance?
EVDR: One unique thing we can do with sound is to create the sonic perspective of individual characters and that’s an incredibly important tool in terms of enlarging, basically, the performance of a character. With Millie [Simmonds’] character [who is deaf], we used sound to go into her point-of-view and experience the world the way she’s experiencing it and it becomes an incredibly important tool in the movie in terms of ramping up the tension because we feel her vulnerability when we’re experiencing what she’s experiencing sonically… After the film had come out and we were doing some publicity for it, we had the opportunity to meet her and she told us, “I feel like no one has ever understood my experience of the world and I feel like, for the first time now, people get it. People understand what it is like for me.” It was one of the best compliments we’ve ever received and an example of how sound can really reinforce performances and help clarify perspective.

READ: How to Get Your First Sound Editing Job

EA: The actors’ performances are the key. Everything we do with sound has to support the characters because without engaging characters, you have nothing. You can have the best concept in the world, but if you don’t care about the characters, the film’s not gonna succeed. I think one of the reasons “A Quiet Place” is so effective is, you have these amazing, gripping, compelling characters and a family who has learned to survive and they rely on each other and they are flawed humans, too. But they have banded together in a really profound way, and everything we do with sound has to support that. One of the things I love about sound, too, is that it can create such an intimacy and connection and in “A Quiet Place,” we are befuddled with individual little breaths for weeks, just to get everything dialed in perfectly so you can connect with that character.

What elements of an actor’s performance from a sound perspective stand out to you?
EA: It’s such a skill, doing an incredible performance, and it’s hard to define how that happens. I remember seeing Emily Blunt’s bathtub scene for the very first time, when Ethan and I watched the rough assembly of the film and my jaw was to the floor—and my jaw went through the floor when John Krasinski said that was her first take. It just blew us away and one of the many skills of this incredible cast, too, that really blew me away was how convincingly they could come onto the ADR stage and do a complete breath-pass and retain all of the purity of their performances on-set. Really intimate little breaths, those details are hard to capture on set because sets are usually pretty noisy places. Krasinski had this rule on-set—no walkies, no grips working, no talking, strict, quiet enforcement so that our cast could get into character and feel quiet—but there’s still noise everywhere. It’s impossible to escape noise in our modern world. Because of that, we have to re-record really delicate details, close-up little details for the entire movie and they nailed it with their performances. You just cannot tell that almost all of the breaths were re-done in post-production.

Casey Mink
Casey Mink is the senior staff writer at Backstage. When she's not writing about television, film, or theater, she is definitely somewhere watching it.
END_OF_DOCUMENT_TOKEN_TO_BE_REPLACED