Acting for Theater, Film, And Television are Dictated by Each Medium's Roots 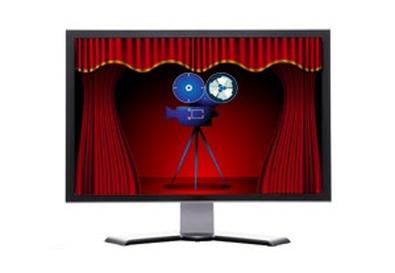 Stage. Film. Television. For the actor, does it really matter? After all, great acting is great acting, whether it's at Manhattan Theatre Club, on the set of "Pirates of the Caribbean," or in front of a "Law & Order" camera, right?

Well, yes and no. Great singing is great singing, too. But delivering that beautiful voice at the Metropolitan Opera is quite a different matter from delivering it in a recording studio. So too, each of our performing mediums has its own sensibilities and requirements. While many acting skills cross over, many are undoubtedly medium-specific. As an actor, once I came to understand the core nature of each medium, not only did I begin to book more work in all three, but I found I was also able to contribute far more effectively and efficiently within each.

To understand the requisite skills, let's look to the historical roots of each medium. Therein lies the basic nature of each, and our job as actors within them comes into focus.

Let's start with the oldest of the three mediums: theater. Stage performance as we know it today has its roots in primitive religious rituals. The shaman (priest) would receive the word of God and then interpret it for the people. Over time, the storytelling aspect of religious ceremony took on a life of its own, evolving into what we know today as theater. But the foundation of this form of storytelling has not changed: interpretation of the spoken word. The word of God has since been replaced with the word of the playwright. Actors, along with the director and designers, have replaced the shaman and are the interpreters of the word for our culture and society.

And so it follows that in the theater, the actor may not change the playwright's words. These are, in a manner of speaking, the words of God. It is up to the actor to change to suit the dialogue. This is part of the interpretation: the melding of the actor's self with the text to transform into what we now call a character—a distant descendent of the shaman transformed into an ecstatic state by the word of God.

Now let's move on to a much younger medium: motion pictures. There is a general assumption among actors that film grew out of theater. This is not true. Film grew out of photography. Photography, a relatively young medium at the time, was a mechanical and chemical offshoot of painting. And what is painting? Storytelling by imagery. At a very basic level, this is what movies—motion pictures—are to this day: pictures in motion. There is nothing interpretive about it. Nor is the form particularly verbal. The first 30 years of the medium were without recorded dialogue. Movies were just a series of pictures slapped together with glue and presented with music. Words were relegated to the occasional few lines of dialogue or narration written on title cards punctuating the action. The pictures told the story. And while sound is certainly a major ingredient in films today, the medium remains primarily visual.

What does this mean for the actor? It means that behavior, rather than interpretation of dialogue, conveys the story. It means that a director will love you if you can replace a line of dialogue with a visual that carries the same meaning. It means that typecasting—an actor's physical appearance and inherent personality—is far more important than in the theater, and that photogenic beauty often outweighs the craft of acting as we know it from the stage. And while stage actors may move an audience through interpretation, film actors move an audience by way of seduction. Moving pictures. Pictures that move.

Television. A stepchild of film? Not quite. Television is a child of radio. Not only did television replicate the business structure of radio (sponsorship revenue in return for advertising time), but it also carried on the tradition of regularly scheduled entertainment. Most important for the actor, the story was told verbally. Furthermore, while film and theater audiences were held captive in their seats, the radio audience was prone to wander away or change the station at any moment. So the medium required a heightened verbal story to hold the audience's attention up to and through the commercials. Therefore, an entirely different form of storytelling evolved, one in which the words carry a plot that, in television today, must peak every 10 minutes or so.

So again, what does this tradition mean for the actor? Well, you won't win any acclaim for cutting lines in favor of visuals. The story must be made clear verbally, so that when a viewer goes to the fridge for a snack, he or she can still follow the plot. Keep the performance clear, clean, and simple. And know how to work fast. Because of the time constraints inherent in regularly scheduled programming, there is precious little rehearsal. So know your lines, block the scene so that the camera can get as much of the scene as possible in a single shot, and then deliver with as few takes as you can. It's personality before character, like film, but not as visual. It's dialogue-driven, like theater, but not interpretive. In other words, a different set of skills is necessary, similar but different from those required of both film and theater.

These traditions spill over into the casting office. A stage director will look for interpretation, character, a strong voice, and use of the body. A film director will watch you in close-up to see if you can deliver in a tight frame. A television director will look to see that you can keep the dialogue moving and that no "acting" slips in.

The great problem, of course, is that most acting training comes from the theater tradition: the interpretation of dialogue, vocal development, rehearsal technique, and the ability to reliably replicate the work night after night. None of these skills is necessary for either film or television. Often well-trained actors are at a loss on a film or television shoot because they're trying to apply theater-based techniques to a medium that works in an entirely different way. It's like expecting a car mechanic to fix your computer.

Ultimately, the real skill in our craft is not so much what we do, but when and how we do it. That single tear rolling down your cheek will play nicely on a 20-foot-high movie screen. But will anyone see it on the stage of a 500-seat house? And will an episode of "Hawaii Five-0" give that little tear of yours the time it needs to traverse your cheekbone before the camera cuts away? To make such choices—knowing what tool to use when—the actor must understand the medium and its capabilities and then play to that medium's strengths. And as you see, much can be made clear simply by understanding the historical roots and development of each particular medium.