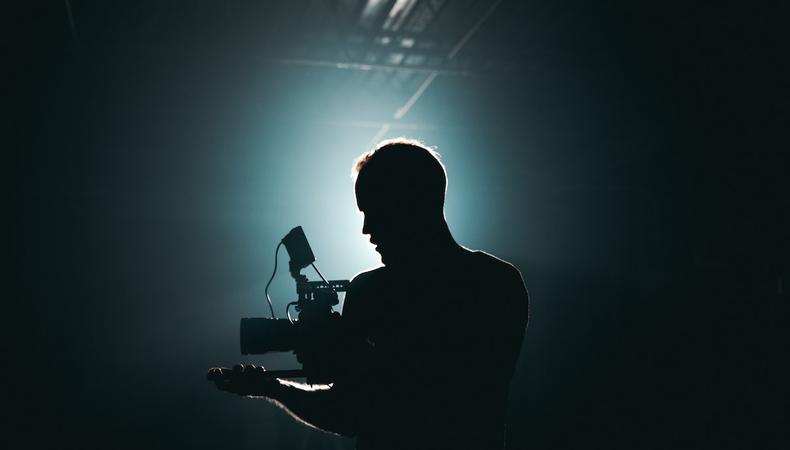 A career as an actor can come with some true highs, but it’s also a profession rife with rejection, lack of control, and a reliance on luck. After years of grinding away, maybe you’ve decided a life in front of the camera isn’t for you anymore but aren’t ready to leave the industry completely. If you’re thinking of making a change, you may want to consider how to apply your skills and training as an actor to work behind the scenes as a member of the crew.

There’s no need to give up the work you’ve done to become an actor but you can reframe it. Whether or not you realize it, your actor skills and training translate seamlessly to crew work; everything you’ve learned in front of the camera can be wielded to great effect behind it. Here are five things every member of a crew needs, how your acting background makes you a great fit, and how to get started.

1. Attention to detail.
As an actor, you listened, watched, reacted; you paid attention for a living. While these skills are at the heart of every great performance, they’re also crucial for excelling as a member of a film crew.

Because a production is the sum of its parts, there is no one crew position that can let things slide; a seemingly-minute oversight can create a ripple effect with serious consequences. Maybe you’re working as a gaffer and notice that the key light is off or the back light is too bright during rehearsals, so you catch the mistake and correct it before the roll starts. You likely just saved the DP days of reshoots and a lot of money in post-production corrections.

“Memorization,” says New York-based actor-turned-grip Lance J. Brown, was the key piece of actor training he took to his first job on set. “As a grip, [it helped me] remember the names of all the equipment used to diffuse light and assist the cinematographer. [That] was crucial.”

Those script analysis skills you honed as an actor? Your ability to intensely observe? A track record of hitting your mark every time because you paid close attention to blocking? That same attention to detail is crucial in a member of a production crew.

2. An unflagging work ethic.
You know how long days on set are when you’re an actor. Now add the hours the crew works to get everything ready for shooting and break it down, and you’re looking at 16-hour days as a crew member. As an actor, you get days off when you’re not needed. As a crew member? You’re always needed.

“Though the mediums are different, they’re helping to bring characters and spaces to life through hours of learning, practice, and tenacity, just like an actor.”

This grueling schedule isn’t meant to scare you, but it is meant to illustrate the kind of work ethic and commitment necessary to thrive as a crew member. Luckily, as an actor, you’ve got it in spades. Not only have you also experienced those extra-long production days, but you know exactly how much work goes into preparing for one as well. When you were acting, it was script analysis, building a three-dimensional character, memorizing lines, nailing the tone of a scene. As a crew member, it’s weeks—sometimes months—of planning, research, procurement, scheduling, and building.

A costume designer spends months in the research and development phase before even thinking about constructing a garment. (“The job is more about research than it is about fashion,” says Ann Foley, costume designer for “Marvel’s Agents of S.H.I.E.L.D.”) A location manager not only finds the locations imagined by a writer or director, they also deal with logistics, permits, and coordination for months before anyone else sets foot on a production. (Robert Foulkes, the supervising location manager on “La La Land,” spent weeks just trying to get permission from three different government agencies to shoot a single scene on the L.A. Freeway. It was extraordinarily “complicated and required several meetings followed by an enormous amount of emails,” he says. “The whole operation needed to be coordinated and timed perfectly.”)

Though the mediums are different, they’re helping to bring characters and spaces to life through hours of learning, practice, and tenacity, just like an actor.

3. Willingness to collaborate.
No matter the job, every member of a crew will work across departments at some point during a production, which means the ability—and willingness—to collaborate and work as a team is a must. Depending on the size of the production, this could be hundreds of people handling different, very specific, roles at once. Deborah Riley, production designer on “Game of Thrones,” says, “I [worked] very closely with the producers, directors, cinematographers, construction manager, art directors, prop makers, painters, and plasterers. We all work together to make a cohesive environment.”

As an actor, you honed your ability to bounce off a scene partner and mesh well in an ensemble. You learned how to work with the lighting, sound, and camera departments so you were always properly lit and within the frame. You talked through artistic choices with the director. You collaborated and were part of a team, a crucial aspect of working in a crew.

4. Experience working with actors.
Most crew jobs require direct interactions with performers, so it’s a great advantage to use past experiences in front of the camera to make for a happier, more productive set behind it. Whether it’s a costume designer who says her time as a performer gave her a “good, basic sense of body [that now] helps with everything from understanding how fabric moves on a body to which fabric to use” or a grip who credits his actor training with preparing him “for the many different personality types you may meet on set,” who knows how to work with actors better than an actor himself?

Actors work closely with crew members every day and know what makes for a strong working relationship. They know what methods of direction and collaboration help an actor and what peeves one. They’re sensitive to what’s going on in an actor’s head before, during, and after a scene. It’s one of the reasons actors like Jon Favreau, Jordan Peele, Angelina Jolie, Denzel Washington, Greta Gerwig, and Tom Hanks (to name a few) sit comfortably in the director’s chair: after years of being directed, they know how to get the best performance out of their actors.

“It’s big and scary,” says Gerwig of transitioning from acting to directing, “but it’s also the thing that comes most naturally to me…. Francis Ford Coppola said to me that all the best directors had been actors. He said, ‘I acted. Marty acted and Steven acted. Orson acted.’ I was like, ‘Well, what a wonderful group!’ ”

And while your first behind-the-camera job likely won’t literally be behind the camera as the director, that knowledge you have of how actors want to be interacted with—whether it’s making a costume more comfortable, a prop more functional, a spotlight less sweat-inducing—is priceless on a set.

5. Intimate knowledge of how a production comes together.
Even if you’ve never been hands-on, if you’ve acted on a set, you have a firm knowledge of the day-to-day work, how departments collaborate, and the lingo. From an actor’s vantage point, everything behind the camera is on display: what makes a film shoot easier, what makes one difficult, and how to best serve everybody else. That deep knowledge of who does what, why they do it, and how, physically, they get the job done, is indispensable when moving behind the camera.

Though she’s primarily known as a director now, Greta Gerwig cut her teeth in the industry as an actor for years, using her time on set as “a sort of graduate school,” observing how the crew worked, why certain choices were made, what jobs needed to be done. “I would ask them why the camera is here, why the boom mic is there, about the lighting, I asked everyone.” When she sat in the director’s chair for the first time for “Lady Bird,” her decade as an actor who asked questions and observed gave her a “good sense of what it takes to make a film.”

Having a firm grasp on the ins and outs of a set and the different players on it not only makes for a smoother transition behind the scenes, it makes it easier to figure out which path you want to pursue. As Backstage’s own Secret Agent Man says, every minute you spent on set as an actor “is a prime learning opportunity, so take advantage of it.” When you decide to move behind the camera, all that training and experience will be indispensable.

Ready to start your crew career? Sign up for our Creator newsletter!