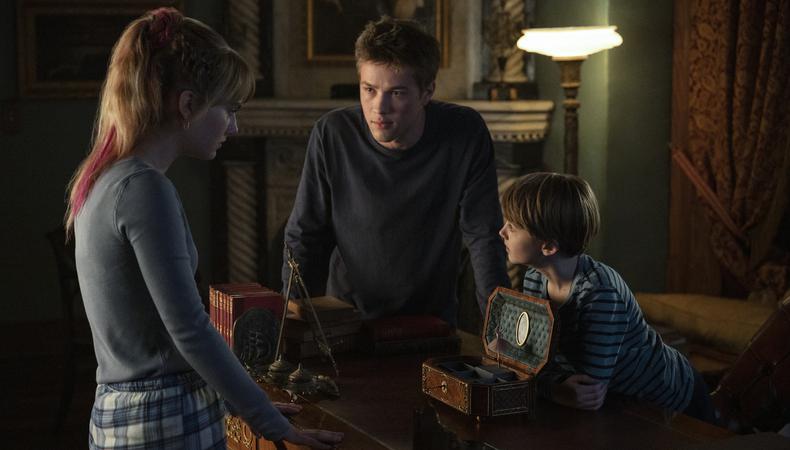 There’s a lot going on in Netflix’s “Locke & Key.” Not only is it based on a graphic novel with a passionate fan base, but the show is filled with family, supernatural, and dramatic elements, with a large cast full of young and adult actors. The story’s journey to the screen was more of a roller coaster, with several attempts to be adapted before the Season 1 you can watch on Netflix right now was made, so getting the cast right was particularly important. April Webster, along with her associate Angela Young, was up for the task, searching internationally for actors that fit a range of descriptions and experience levels, including actors with disabilities and young actors who are just starting out. Webster and Young share how the cast came together and what you should know about their audition room.

How to become a TV actor.

What do you look for when casting young talent?
April Webster: You look at their body of work and who else has cast them. Sometimes they have that experience and sometimes they don’t. When actors are very young and new, you want to see if they can read, if they have learned their lines, if they are able to keep focused. Are they flexible enough to make an adjustment in the reading? As with any actor, you want to see if they can make a connection with the person who is reading with them. Often you just have to trust your intuition.

How do the supernatural elements affect casting?
AW: A character like Dodge/Echo who is a human-looking demon was a difficult task. We didn’t want it to be melodramatic, but at the same time, we wanted it to be scary. We needed someone who could be seductive but also convince a young boy that she is on the up and up. It’s a weird balance.  We saw a lot of actors to find the right person. Laysla De Oliveira came in at the very end of casting and really nailed it. She’s really good in the role; sexy, dangerous but she can also be warm. It’s not easy.

How does assembling an ensemble factor into your casting process?
AW: Casting an ensemble is very much like painting a picture. You look for different colors, tones, and textures. You want everyone to fit in together as best as they can. We do chemistry reads once we have narrowed down the choices to see how people fit together. It’s not just about how they look it’s if they fit together energetically. In this case, we were casting families, so we wanted to be sure that they looked and felt like a family. Sometimes you hit the Hollywood Lottery, and everyone blends well and becomes close. It makes a difference especially if you are on location and the other actors are the only people you will see for a while.
Angela Young:We want to make sure that everyone’s vision is being incorporated—what the creators are looking for, what the director is looking for, and what’s working in the audition room. We’re able to see all the different choices each actor brings to the character. There are many great actors who give excellent reads, but sometimes you just know when someone is perfect for a role.

How Darby Stanchfield got into character for “Lock & Key.”

What can an actor expect from auditioning for you?
AY: April is amazing with actors in the room. I’ve learned so much from her with how she directs them and how she makes them feel comfortable and welcome in the room. A lot of actors come in very nervous and she has a way of making them feel that we are on their side—calming them down, making them breathe, doing exercises to relax them, and getting some oxygen in the brain!
AW: I am a theater director, so for me, casting sort of embraces everything that I love to do. I love teaching, I love directing, we love actors. We try to calm them down and just kind of have them know that we’re on their side. When you know the process a little bit more of how actors work and give them a safe place to work, it makes it easier for them to get to where they can do their best.

Where do you look for talent outside of agent submissions?
AW: I can’t tell you how often Angela will come up with the name of some actor that I didn’t know because she watched a show I haven’t seen. That’s what makes a good team, that people cover different areas. When you’re a casting director, you’re covering magazines, movies, television, any kind of media. It’s always great to find somebody new. There’s something so exciting when you’re casting about finding someone who hasn’t done anything before.

On “Locke & Key,” there was a role for an actor with an intellectual disability and a role for an actor in a wheelchair, and the pools for those were so much smaller than the usual. We ended up doing an open call digitally online and we kind of blasted it on Instagram and Twitter and had people pass the word around. We got submissions from a lot of people that we weren’t expecting, who don’t have agents and who aren’t necessarily actors. The great thing about the group Performers With Disabilities that they’re very connected. There are a lot of people that I know, having been involved in this kind of casting for a while, that I could just contact personally and say, “I’m looking for a young actor in a wheelchair, can you connect me?” We use Instagram to see what people look like now. I have really learned that from Angela because I was not a big Instagram person. We’re are always looking for the best actors and, I am happy to say, this show really expanded our disability file quite a bit. I’m on the CSA Equity I Entertainment committee and we’ve added those actors to our archive for the Casting Society [of America] and now, casting directors can find all these different actors doing monologues or doing a scene or audition. That way we can have the pool to look at and you begin to really open up how people get cast.

What can an actor do to be memorable even if they don’t get a role?
AW: We keep files of everybody for ourselves and we’re able to go back and say, “Oh, I remember that great guy in New York who did that incredible reading, but he was a little too old for what we were looking for.” We end up casting him in other projects. What actors should know is that it’s really not about getting the job, it’s really about making a contact. People get stuck in your head and that’s what you want. We want to see new people and expand our list.
AY: Advice for actors: don’t stress about trying to book the role when you’re going in for an audition. It’s more about giving your best authentic performance. We want to remember you and will remember you for other projects. I keep a document of people who have stood out to me in auditions. Then when we’re doing other projects, both April and I will think of those we really liked in the past and bring them back in for other roles. 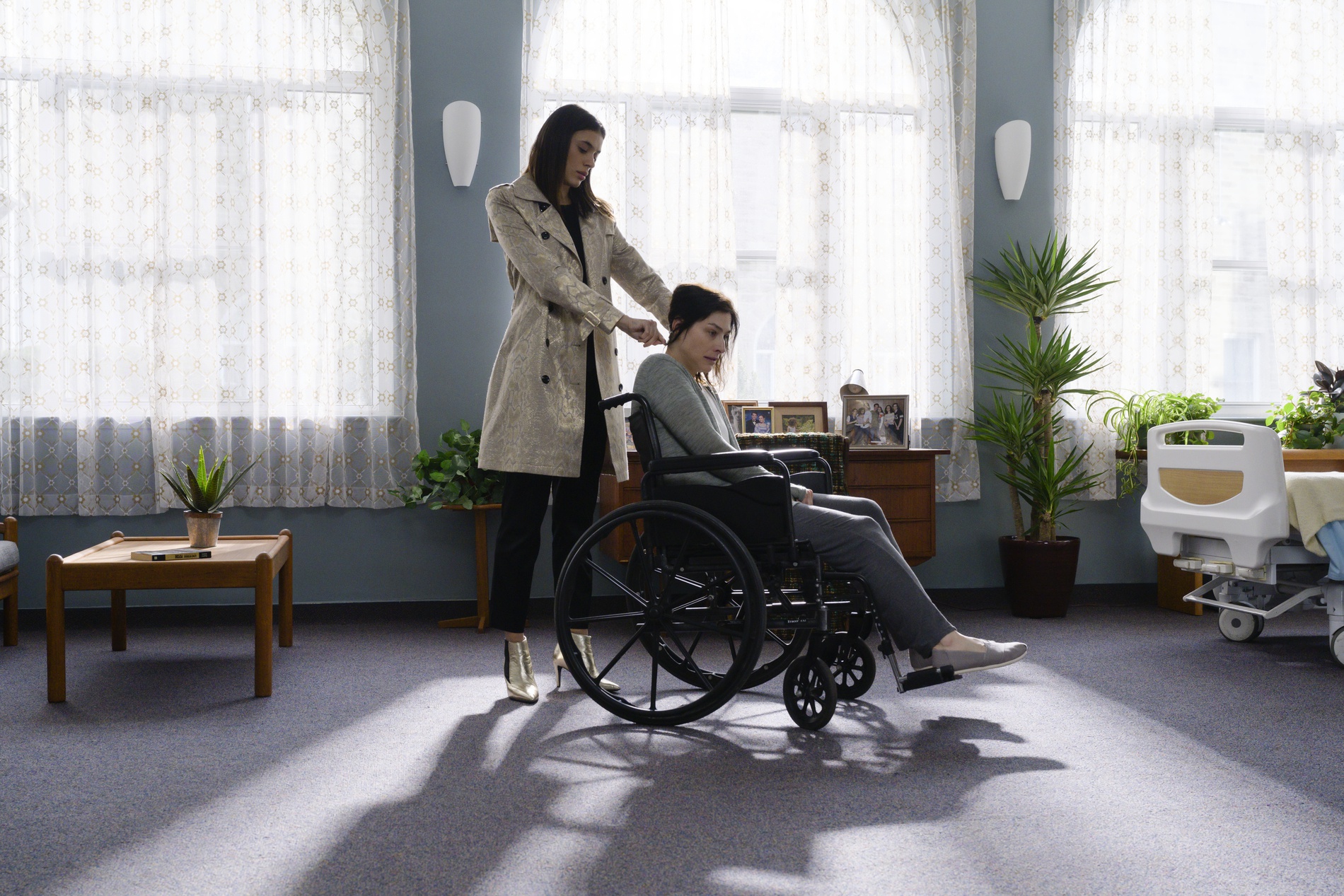 What should actors know about what you do?
AW: Our job is to know actors; that’s why our job is never over. But one of the things that actors are not always aware of is how you act in the waiting room can really affect you getting cast. Being a jerk and not treating the assistants very well or not showing up a number of times can all affect your possibilities because we’re looking for people who are remarkable and who don’t have ego problems. You don’t want to create a problem for your production managers and your producers.

“When we’re in the room and we ask, “Can we try another take?” We’re NOT saying that the first take wasn’t good. Most times what we’re actually thinking is, There is great potential, but we just want to make some adjustments to perfect it or to see your range. ”

AY: When we’re in the room and we ask, “Can we try another take?” We’re NOT saying that the first take wasn’t good. Most times what we’re actually thinking is, There is great potential, but we just want to make some adjustments to perfect it or to see your range.  Being an actor is also about being flexible. You might have a vision of what you think the text is, but ideas can change at the very last second when you’re on set and the director comes into it. You have to be able to deliver what the director’s vision of the piece is.

What advice do you have for actors?
AW: A lot of times the material may not even be from the piece that you’re auditioning for because everyone is so private and secret, so when you come in, you have to have made a strong choice and be prepared to do your work. And don’t be so hard on yourself; I’ve seen actors give up when they mess up on a word and it just takes them right out of being present. Know what your prep is, what works for you. Then you’re going to come in and you’re going to give it your best shot. That’s all you can do. There are so many factors that you’re not in control of—how tall is the leading man or woman? What’s the tone of the piece? If you’re talking about a period piece, you might look too contemporary. Again, it is not in your control.
Also, I would say have a rich and full life. What you bring to the table are the experiences you have had. It’s what makes you unique.

How will quarantine casting change auditions going forward?
AW: Our office is only doing Zoom auditions when we have the producers and the director in the room and self-taping. Get a ring light for your phone or have a backdrop and know what angle to have the camera. Make sure the audio is working and your Wifi isn’t lagging. See if you can get someone good to read with you. The most important thing to focus on is your performance and staying as present as you can be. It’s going to be a new world in that way and we do the best we can to adjust.

Elyse Roth
Elyse is a senior editor at Backstage, where she oversees all casting news and features content, including her weekly casting director Q&A series, In the Room. She came to New York from Ohio by way of Northwestern University, where she studied journalism, and now lives in Brooklyn. She might see and write about awards-worthy films, but Elyse still thinks “Legally Blonde” is a perfect movie and on any given night is probably taking in some kind of entertainment, whether it’s comedy, theater, ballet, or figuring out what show to binge next.
END_OF_DOCUMENT_TOKEN_TO_BE_REPLACED