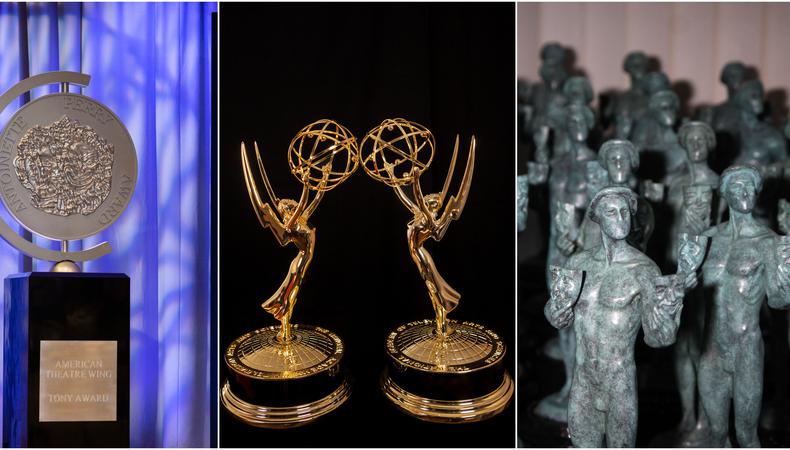 The mass cancellation of all large in-person gatherings in the wake of the sudden coronavirus crisis continues to affect the global entertainment industry in unforeseen ways—movie premieres delayed, Broadway productions shuttered, concerts and festivals postponed indefinitely. It should now come as no surprise that awards ceremonies, unfortunately, are also to be cancelled or rescheduled in the coming months.

While many awards-giving organizations may stick to their usual schedules of announcing nominees and winners, others may rearrange dates or even refrain from handing out prizes in 2020. The Razzie Awards (albeit a parody recognizing “cinematic under-achievements”) were the year’s first honors, and surely not the last, to unveil results in a press release rather than a ceremony. The Television Academy has suspended all For Your Consideration events leading up to the delayed Primetime Emmy Award nominations, and nominating and voting windows have shifted. As with other areas of the industry and the economy at large, it now remains to be seen how long and to what extent the response to the potential spread of the novel coronavirus and COVID-19 will disrupt theater awards, Hollywood’s guilds, and more.

So in the meantime, Backstage is keeping track of which film, television, and theater awards that would normally be marked on our calendars will instead be cancelled or postponed; several are still to be determined. The list of dates below will continue to be updated as more announcements are made!

Jack Smart
Jack Smart is the awards editor at Backstage, where he covers all things Emmy, SAG, Oscar, and Tony Awards. He also produces and hosts Backstage’s awards podcast “In the Envelope” and has interviewed some of the biggest stars of stage and screen.
END_OF_DOCUMENT_TOKEN_TO_BE_REPLACED