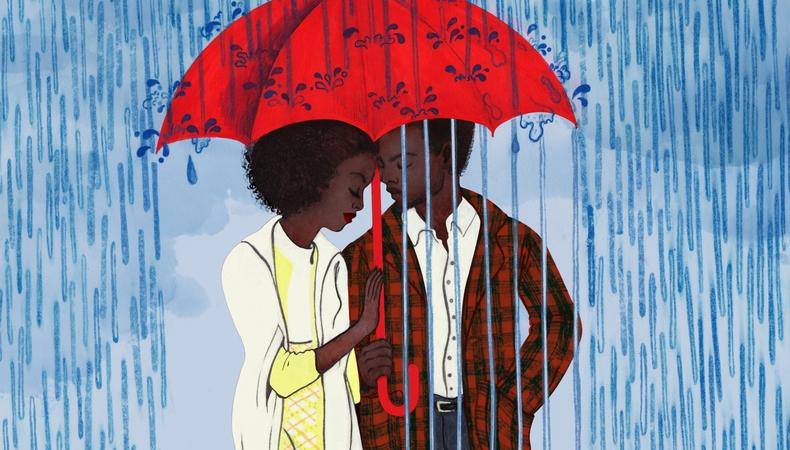 Barry Jenkins’ adaptation of the James Baldwin novel “If Beale Street Could Talk” (out Dec. 25) was highly anticipated from the start. Perhaps the film’s most essential ingredient, though, was getting the cast just right—so Jenkins tapped casting director Cindy Tolan for the job. The two bonded over their appreciation for actors and the craft, and they spent months finding the right couple to portray Tish (newcomer KiKi Layne) and Fonny (Stephan James, of Amazon’s “Homecoming”) at the center of the story. This is not new territory for Tolan, who is responsible for the casts of projects like “The Marvelous Mrs. Maisel,” “Straight Outta Compton,” and Steven Spielberg’s forthcoming “West Side Story” remake. Here, she recalls why she didn’t rush the process for “Beale Street” and sought actors from all different training backgrounds.

What was your working relationship with Jenkins like?
He has great appreciation and recognition for casting, what it can artistically do to a film, and [he believes] that I am an equal collaborator in the art-making process. Barry loves actors; we get lost talking about actors, what they do, what we’ve seen them in, and what that meant for this project. For example, we talked about Aunjanue Ellis (Mrs. Hunt) or Regina King (Sharon Rivers) or Stephan James in these roles and how they convey a specific story. When casting, we ask which story is being told. Specific actors will change, fulfill, or add to it. If we’d cast someone different than KiKi Layne, it would have been a completely different story.

What were some of the challenges of the casting process?
Filling the smaller roles of Hayward (Finn Wittrock), Officer Bell (Ed Skrein), Victoria Rogers (Emily Rios), or Levy (Dave Franco)—the characters that have one scene. I didn’t want them to be clichés. There has to be so much more to it; the actors need more dimension than just telegraphing a blip of who you think they are, so I needed to dig deep. We were able to get a caliber of actors in roles that do not have a lot of screen time, and that’s always so lucky, so that becomes less of a challenge. Then the real challenge became looking for Fonny and Tish. That’s where the focus is.

As a CD, what advice do you have for actors?
All you can do as an actor is be prepared and love what you’re doing. It’s out of your hands. It’s not a perfect world when it comes to the business, but you have to remember it’s art married to commerce. It’s called show business. The business side is the part that can cripple an actor.

What can an actor expect from auditioning for you?
I give adjustments. I want to find the person for the part, so if there is something that is right about you for the role, but your choice wasn’t going to best tell the story the director or writer wants, then you make an adjustment. Then maybe it’s almost there and you make another adjustment. I work with actors. There is also so much that goes into casting. You as an actor cannot be everything. You cannot twist yourself into a pretzel and say, “I could have been this.” There are so many factors that go into casting that the actor is not privy to. They just have to feel good about what they did in the room and then leave it there.

How did you find the leads for “If Beale Street Could Talk”?
We were going to cast the best people for the part, specifically for Fonny and Tish. It didn’t really matter if they were famous or recognizable or not. We had been auditioning in New York and Los Angeles and getting in tapes, but I remembered Stephan James from “Race” as Jesse Owens. He was just amazing for this role, and there was no question. Age is a big part of those roles; I had to make sure it was believable that they were teenagers on the cusp of something, of adulthood, who found themselves in this situation. You have to believe in the innocence and purity of their first love, and when we discovered KiKi, she was able to bring that innocence, light, and joy to the role of Tish, internally and externally. There’s something naturally luminescent, an openness and a truth, that her face expresses and the camera is able to capture. There’s a pure emotional life that she conveys and telegraphs onscreen. When we put her and Stephan James together in a few scenes, it was just very clear. As soon as the camera was on them in the same room, through the lens, there was no question. We looked for a really long time for the role of Tish. I watch every audition that comes through my office, and KiKi Layne’s just came across my desk.

Where do you look for actors outside of agent submissions?
Everybody is on social media, so everything can go viral very quickly if people are interested. I use social media all the time now. I always just say yes when anyone asks to be my friend, because I know the more friends I have, the more people will see the things I post and it can go viral depending on the interest level of the project. In my office, everybody has to watch everything. I cannot ever not watch something. Any audition that comes into the [email] account on the flyer is always looked at.

What are the differences between NYC and L.A. for actors?
I started out in theater, and theater is always a huge influence in casting in New York. L.A. just does not have that. There are specific people who are actors who stay and live in New York, and I’m not saying they all work in theater, but a lot of them have done some sort of theater, and a lot goes into that. It’s a different muscle, and you either have that muscle or you don’t; you can develop that muscle. In L.A., unfortunately, there are some avenues to do theater, but it’s completely different from New York.

What don’t people know or realize about what you do?
I don’t know if people know that we’re storytellers, as well. It’s easy to say the cinematographer did this or the production designer did that, but we are storytellers just like a cinematographer and editor and production designer, we just work with people. We’re helping tell the story with real people, and real people always possess inequalities that you can’t easily shake to transcend into a performance. It’s about knowing people and who’s going to fulfill the story the director wants to tell in the best way possible.

Elyse Roth
Elyse is a senior editor at Backstage, where she oversees all casting news and features content, including her weekly casting director Q&A series, In the Room. She came to New York from Ohio by way of Northwestern University, where she studied journalism, and now lives in Brooklyn. She might see and write about awards-worthy films, but Elyse still thinks “Legally Blonde” is a perfect movie and on any given night is probably taking in some kind of entertainment, whether it’s comedy, theater, ballet, or figuring out what show to binge next.
END_OF_DOCUMENT_TOKEN_TO_BE_REPLACED