To Create the Portland of ‘Shrill’ the CDs Looked Across the U.S. + Beyond 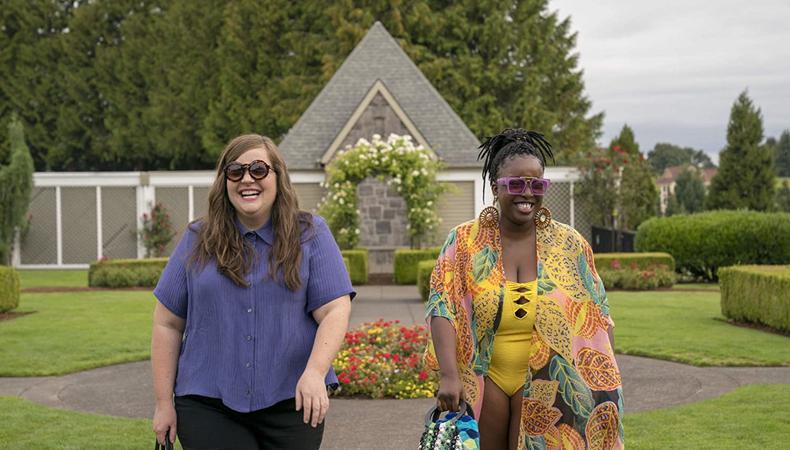 If you’re a fan of comedy, some of your favorite shows in recent years were probably cast by Brett Greenstein and Collin Daniel. It doesn’t really matter what kind of comedy you like, the duo has found talent for a range of voices, from “Hot in Cleveland” to “Superstore” and “Never Have I Ever.” That list also includes Hulu’s “Shrill,” the Aidy Bryant starrer that follows a woman figuring out romance and her place at work in a semi-fictional Portland, Oregon. The series, now in its second season with a renewal for another, has expanded the casting team’s comedy résumé, as well as added some new actors to their radar. Filled with talent you don’t find on a typical network sitcom, “Shrill” concerns itself with issues not always faced on TV, especially in comedy, and it looks as interesting as Portland does in real life. The team found actors near and far for the series, and they shared the process, plus why making your own content could help you kick off a career in comedy.

Everything you should know about improv.

Talk about the casting process for “Shrill.”
Brett Greenstein: It was pretty typical of casting a regular pilot. Luckily Aidy knows a ton of comedy people that she grew up with in the comedy scene in Chicago. She was so interested in reading with everybody and gave us a ton of ideas of friends that she’s known from the improv world, besides all the actors that we already knew and getting names from other producers and agents. It was very collaborative. Aidy, [and producers] Lindy [West], and Ali [Rushfield] knew exactly what they wanted, they knew exactly what the voice was that they were looking for and the specific characters.
Collin Daniel: I think one of the nicest things about this was we didn’t have to look for the stereotypical TV faces that a major network would want on a flashy poster. We looked at real character types. A lot of types you don’t always see on TV, which was really refreshing.
BG: They wrote very specific voices. Like Aidy’s best friend’s character was very specifically written as a black actor. Her boss, Gabe, was very specific to being a gay man of any age. We knew exactly what she wanted for each character. It makes the search a lot easier instead of just seeing everybody.

“For us, it was really nice to cast fresh voices that you don’t always see on TV. We kind of put a spin on the leading lady and filled it out with great character actors....It was really nice being able to have different voices and faces represented. ”

When putting together a comedy ensemble, how do you ensure it will be balanced?
BG: Sometimes in the casting process we’re able to do chemistry reads.
CD: We did do a lot of those on this show. Aidy read with all the final choices for her love interest, all the final choices for the best friend, and for her parents. But earlier on in the process, which we’re not usually able to do, we were able to do a lot of improv. It was just being loose with the other actors and seeing what they bring to the table and how they think on their feet, how they can go off the page, and bring their own spice to it. That was really important to the producers. Then the table read is a part of it all. That’s a good place to see how it all gels. It organically grew as everybody was finding their characters and since it shot in Portland, they were all living together and friends off the set. I think the off-camera camaraderie really comes through and they were writing scripts at the same time. A lot of that does happen organically from just being together.

What made this job different to cast?
BG: This show is very real and grounded.
CD: For us, it was really nice to cast fresh voices that you don’t always see on TV. We kind of put a spin on the leading lady and filled it out with great character actors. Some are non-binary, some are trans, we wanted diversity included, whether it’s local casting in Portland or a recurring guest star. It was really nice being able to have different voices and faces represented.

How to write your own work, according to Aidy Bryant

What are some of the challenges that come with casting the show?
CD: Last season, we did an episode where we had a Nigerian wedding, which isn’t our normal pool of actors. We got to find actors from all over the country and we brought people over from the U.K.
BG: We tried to find actors who were Nigerian or of Nigerian descent. It ended up being a lot of fun and we discovered a lot of new actors and a lot of new faces. It was awesome to see the submissions and the tapes that we were getting because they were actors we hadn’t seen before and they were great. I think the group that we put together for Fran’s family at the wedding was just really so fun to watch and just had great chemistry amongst them. 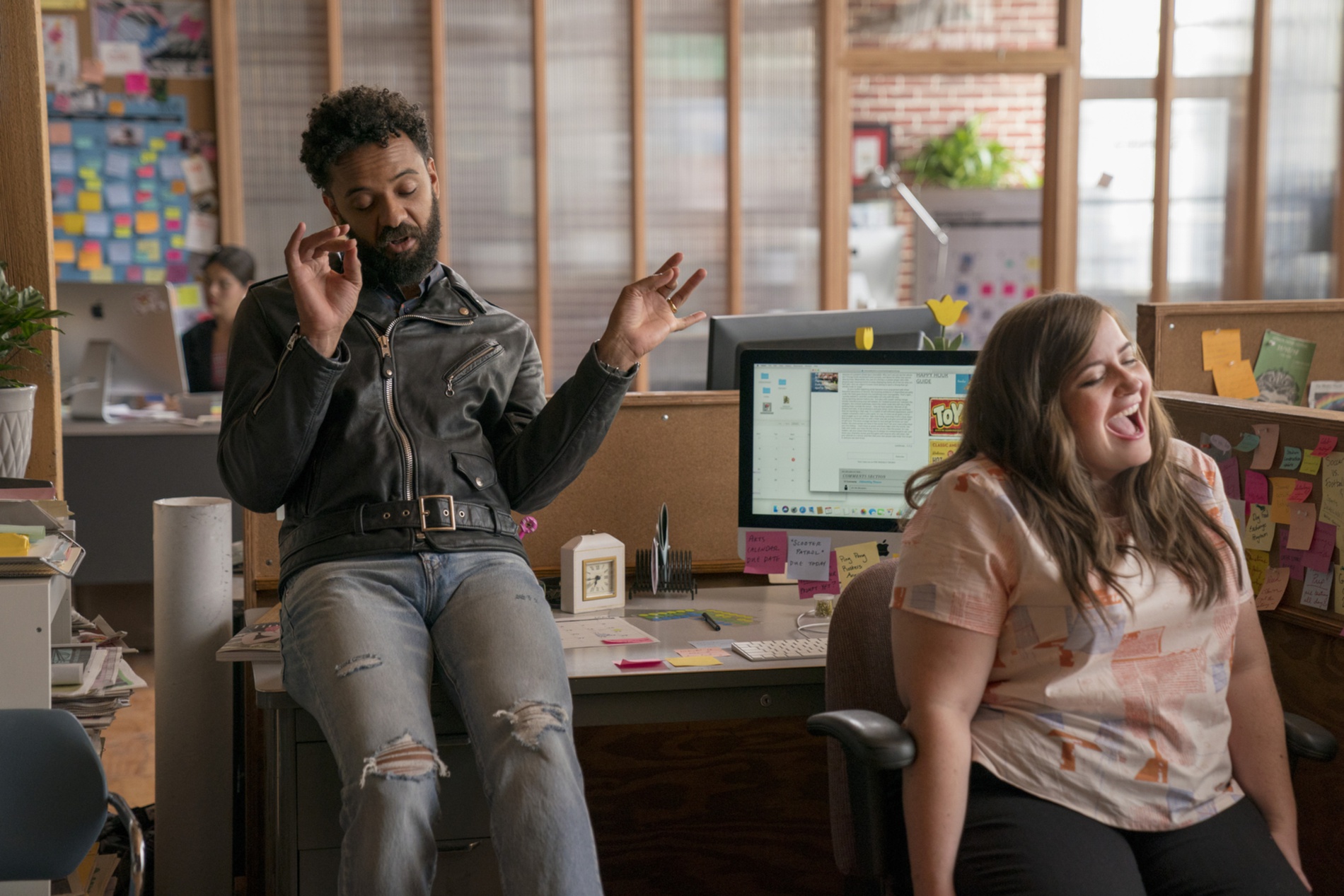 Where are some places that you have looked for new faces?
BG: For that episode, I know we actually ended up getting a lot of suggestions that were New York–based from Lolly [Adefope], who is British and of Nigerian descent. The guy who plays her brother was a guy that she had worked a lot with in London and she suggested him so he ended up coming and doing a couple of episodes. I think a lot of them we found in New York. All of them were working actors who had a long résumé, whether it was in America or in London.
CD: There are a few that the local casting director in Portland was able to find for our day players up there. It’s not a huge talent pool so it’s a lot of people that it might be their first job, which is great. Some of them recur now in many episodes.
BG: It was really important to the producers that we populate scenes like Aidy’s office, with interesting characters that you really would see on the streets or in the stores or in the office, real people. That is the beauty of local casting. It gives opportunities to some people who may not have any acting experience, but who wanted to give it a shot. I think we ended up probably hiring a few that weren’t legit actors but ended up being really good.

How to use social media to become a comedian.

“It was really important to the producers that we populate scenes like Aidy’s office with interesting characters....That is the beauty of local casting. It gives opportunities to some people who may not have any acting experience, but who wanted to give it a shot.”

What advice do you have for actors, especially those who want to get into comedy?
CD: There are so many platforms where people can create their own content and kind of get discovered in a way, especially with the state of the world right now. I think it’s gotta be all on paper for the foreseeable future. When we’re casting, we’re watching these videos people create probably in their apartments. Creating your own content can really make a difference now, especially at a time when you can’t go into a room to meet a casting director.
BG: I think a big thing is everybody needs to have a home set out in terms of self-taping because that’s probably how it’s going to be at least until the end of the year for any type of audition. It’s going to be a lot of self-taping. Make sure you have good lighting, good sound.
CD: We’re so used to seeing self-tapes now just within the last few years. We say to actors all the time, “If you can’t come in, even put it on your iPhone, just so we can see something.” We hire them from self-tapes more than I think we ever have before. It doesn’t mean you have less of a shot because you’ve self-taped and you’re not in the room live with us because typically in pilot season, half of the auditions we’re seeing are from New York, Toronto, Vancouver, and Chicago.

What don’t you think actors realize about what you do?
BG: At the end of the day, we’re not the final decision-makers. We present our choices to the studios or producers. I’d like to think we’re matchmakers, in a way, because we’re presenting this piece of talent to that group of producers or directors or studios and we just hope that everybody sort of sees each other as each other’s talent. It’s just really about marrying talent and producers or creators.

Elyse Roth
Elyse is a senior editor at Backstage, where she oversees all casting news and features content, including her weekly casting director Q&A series, In the Room. She came to New York from Ohio by way of Northwestern University, where she studied journalism, and now lives in Brooklyn. She might see and write about awards-worthy films, but Elyse still thinks “Legally Blonde” is a perfect movie and on any given night is probably taking in some kind of entertainment, whether it’s comedy, theater, ballet, or figuring out what show to binge next.
END_OF_DOCUMENT_TOKEN_TO_BE_REPLACED