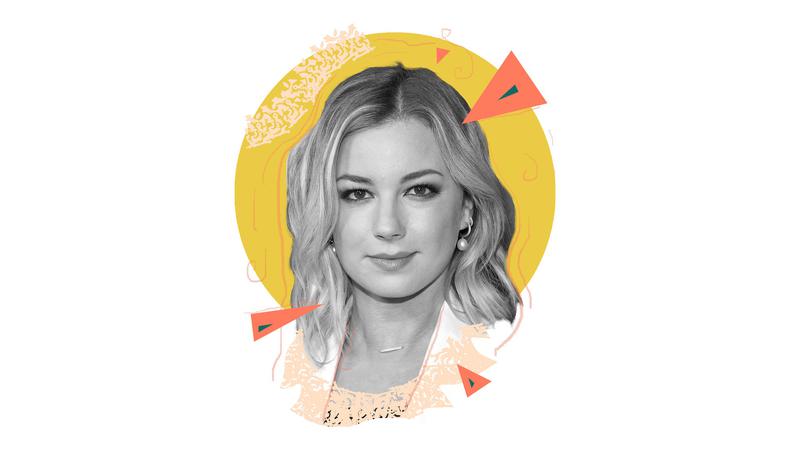 A television mainstay since her teens, Emily VanCamp’s career has been marked by multiseason runs on “Everwood,” “Brothers & Sisters,” “Revenge,” and “The Resident.” Now, she’s reprising a familiar role—Sharon Carter—for Disney+’s latest Marvel series, “The Falcon and the Winter Soldier,” offering audiences a glimpse into what the former agent of S.H.I.E.L.D. has been up to since 2016’s “Captain America: Civil War.”

As a kid, you studied ballet. When did you pivot from dance to acting?
I was studying ballet in Montreal, and I started taking an acting class for fun on the weekends. It just became my safe zone, the thing that I looked forward to every week. Ballet became this rigorous training and stopped feeling so much like a creative process and more like a job, whereas this acting class that I was going to, I felt vibed every time I left. I got an agent and started doing little things in Montreal. Then, once I realized that I could actually do it for a living, it just was so clear. When you’re young, especially, big life decisions are much easier because there’s less at stake. I just decided that was it with ballet. I wanted to focus all my energy on acting.

What advice would you give your younger self?
Especially when I was younger, I had a tendency to be incredibly hard on myself. That can be really limiting. Looking back as a grown-up now, I would say: Stop being so hard on yourself! Let yourself play; let yourself fail. Those are the most important things in any creative environment—or, really, anything you put your mind to. You have to allow yourself to fail. I had this very bad relationship with failure, and probably still do, to an extent, but I recognize it now…. That’s all part of starting really young, too. You have to learn and grow through the process. In a sense, that’s your experience [and] your schooling. For me, it was learning on the job constantly and just trying to grow. 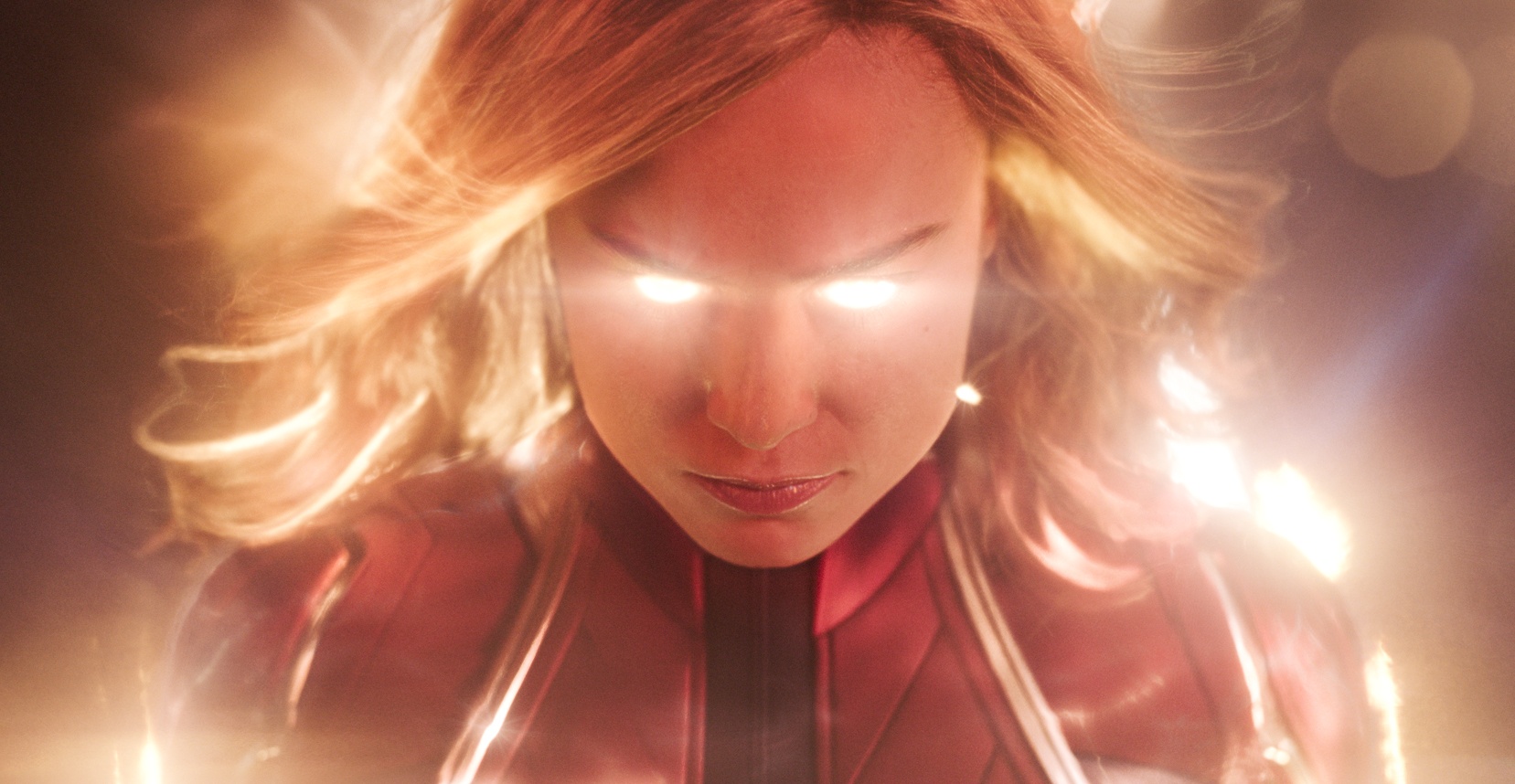 Want to Get Hired by Marvel? A ‘Captain Marvel’ Player Weighs In

What is your worst audition horror story?
I would probably go as far as to say that [at] most auditions I’ve ever done, I’ve failed in some way, just because of that element of being so hard on myself. There was one in particular where I’d taken a little bit of time off acting and I had to do this screen test with an actor I really admired, and it was just a bomb. I was prepared, but everything just escaped me for some reason that day. I was sweating; it was a really hot day in New York. I remember leaving the audition thinking, I will never work again, because if word gets out or this video gets out, it’s the end of my career. It was so bad. I guess we all have those days.

How do you typically prepare for an audition?
I used to have a tendency to get overprepared. I actually don’t believe there is such a thing as being overprepared, but there’s one more step to that, which is then letting it go so that you’re free to play. And you have to almost abandon your preparation to be able to really feel free as an actor to do what you do. I missed that step for many years. I was overprepared and focused so much because I would be so terrified of not remembering lines or not being prepared. Then, that became my main focus rather than letting go [and] being free in the moment. Yes, I’m a big advocate of being prepared, but I’m also a big advocate of letting it go and allowing the scene to go where it goes in the moment.

What was your first day on a professional set like?
I was quite young, so, actually, when I look back, I was pretty brave. I knew so little that it was probably a nightmare for the crew. I was still pliable and moldable as a kid, so I was learning, and I always felt pretty comfortable on set. I would say the audition process was always my worst nightmare, and being on set was my comfort zone. There was so much to learn. I remember one of the first times I was on a set, I had no idea what a mark was. I had to ask one of my fellow actors. That’s how little I was! It was kind of like going to school for many years.

How did you first get your SAG-AFTRA card?
It was either “Glory Days,” which was a very short-lived show that I did in Vancouver, or “Everwood,” which was one of my first big, long-running shows.

READ: How Tom Holland’s Acting Process
Brought Him to Marvel

What’s the wildest thing you’ve ever done to get a role?
There have been many jobs that I really wanted to fight for, and most of that has been in doing the research and committing my time and really investing into whatever character that may be. There’s always something to be said if you’re passionate about something and love something and really feel like you connect with it; you should definitely fight for it, because the people who are on the other side of the camera will appreciate that and see that and recognize that.

What has being a part of the Marvel Cinematic Universe added to your acting skills?Every job, every character is a different experience. With those big, huge-budget movies and now TV shows they’re doing, it’s almost like a different set of skills you need to have in terms of moving really fast. And you add [in] the extra layer of action and fight training and all sorts of other elements that are super fun, but very rigorous as well. In the Marvel [Cinematic] Universe, you want to be bringing your A-game in every way, shape, and form, because everybody else is. It’s a ton of fun, and I love playing Sharon Carter. You never know when you’re going to show up again. It’s such a massive universe that anything can happen, so it’s unpredictable in a really fun way. It’s almost like a series in the sense that we’re playing these characters for years. It’s fun to revisit them and see where they’re at. With Sharon, we pick her up in a new world and a new version of her, which was really fun to explore.

Does your approach to playing Sharon Carter across films and TV differ from your approach to roles on some of the long-running TV shows you’ve done?
I think it’s different in the sense that with these long-running shows, you’re playing the character pretty consistently on this timeline. And with Sharon, it’s been popping in and out here and there and trying to track where she’s been, what’s happened, [and] how it’s happened. You’re on this journey with the character, but you’re at the mercy of the storylines and the character arcs. It’s part of this bigger universe, so it’s also about staying on top of that comic book world and what your character is there to service and why. You really are a part of this much bigger thing. In that sense, it’s a different type of preparation.

What’s one screen performance every actor should see and why?
I just saw “Nomadland” with Frances McDormand. There’s something so visceral about her performance—about all of the performances, some of which I think are not even [done by] actors. I would highly recommend watching everything that she’s done, but this performance really got to me. I was really moved by the entire movie, and especially her performance.