Want to Get Hired by Marvel? A ‘Captain Marvel’ Player Weighs In 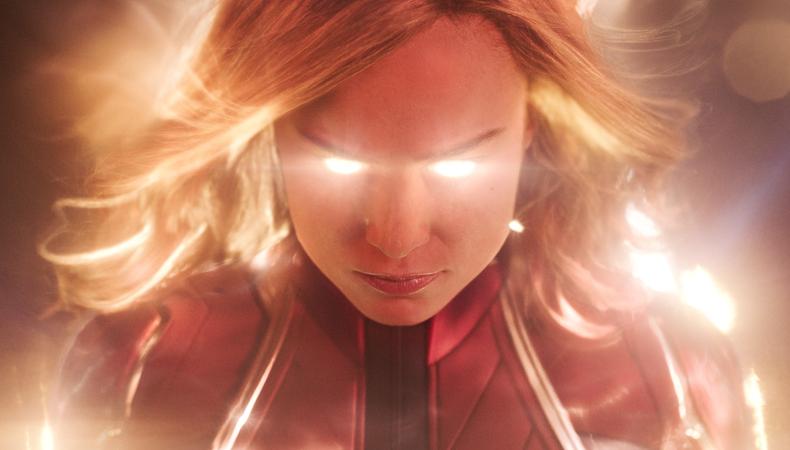 Debbie Berman moved to Los Angeles nine years ago as a fan of “Iron Man” with a goal to work for Marvel. Fast-forward to today, and she’s edited three of the entertainment giant’s films: “Spider-Man: Homecoming,” “Black Panther,” and the new “Captain Marvel.” Days before the 2019 Academy Awards (her “Black Panther” is the first Marvel film to be nominated for a best picture Oscar), Berman hopped on the phone with Backstage to discuss the trust actors have to hand over to their editors, the hundreds of hours of footage she’s left on the cutting room floor, and her advice for other women who pursue technical roles behind the camera.

What does a film editor actually do?
In essence, you make the movie. You take hundreds and hundreds of hours of footage—in the case of “Black Panther,” 500 hours of footage—and you craft the narrative. You craft the performances, you find the heart, humor, pace, momentum. And then you try to make it into a cohesive, emotional, engaging story.

Is editing more a technical or creative role to you?
Ninety percent of it is creative. I was always a naturally technical person, so I loved the idea when editing became digital of being able to use the skill of being on a computer and be extremely creative. I always find it weird that it’s referred to as a technical skill but it’s not. Really, it’s a storytelling skill. You’re constantly using technology, but that’s not even a big part of it—you’re creating story.

How did you begin your working relationship with Marvel?
I moved to L.A. about nine years ago. I really loved “Iron Man” when it first came out, and I sort of set my sights on Marvel. I started seeking out the editors who worked there and I tricked them into becoming my mentors. I started immersing myself in that world, and it was really difficult to get the break on “Spider-Man: Homecoming.” One of my mentors had suggested me for the film, which was phenomenal—Dan Lebental. He edited the first “Iron Man,” and he’s been mentoring me for years. I didn’t really have the résumé to back it up, but I just I fought like hell for it. Both Sony and Marvel were reluctant, but every time they said “no,” I didn’t find that discouraging at all. I was so excited that I was talking to them that the “no” was sort of part of the conversation. I would Google any information I could find about “Spider-Man” and use that data as a reason why they should hire me. It took a few months, but they eventually decided to give me a chance.

“Black Panther” is an outrageous cinematic feat. What was unique about it from an editing standpoint?
There were 500 hours of footage, which is an absolutely enormous amount. It wasn’t just different angles or different performances; that’s just a whole lot of movie, a whole lot of extra storylines and moments. One of the biggest challenges with “Black Panther” was that there was just so many characters, and it was a challenge to spend enough time with each of them, to give them depth and make them feel interesting but not spend too much time with them that it would derail the story or take you away from the core narrative of the film.

How does your work affect the final outcome of an actor’s performance?
It must be so difficult as an actor. I hardly ever use a single take, I will use little bits and pieces from multiple takes, sometimes maybe just a word or a line from one take that I put into the actor’s mouth from another take because I feel like their visual performance is great in one but some of the narrative performance is stronger in the other. They have to give it to you, it’s gotta be there, but you’re really crafting it. There’s so much trust, because they have no choice but that their entire image is in the hands of someone else. And as an editor you have this sort of weird, one-sided relationship where you’re watching footage of these actors day and night for months. You get to know every nuance of their mannerisms, every sigh, every verbal innuendo. You have this relationship with this two-dimensional representation of them.

How do you decide which takes to include for the final cut?
You really have to handle with care. You really need to honor their performances. But sometimes, in the greater context of the film, I might make a choice because they don’t originally shoot the film in order, so sometimes I’ll edit a scene out of context. For example, I need to go for the most emotional versions of performance of that scene, and then you might finish the movie and you watch it in context and you’re like, “Oh no, we got too big too soon. If I let them get that emotional now, it’s going to hurt something later.” So then you have to pull back. It constantly changes.

Is continuity the utmost consideration when editing?
It’s great if the continuity lines up, and it’s less distracting. But if it doesn’t, I will never, ever let continuity make an editorial decision for me. There are people who watch movies and they’re like, “The glass of orange juice is a little bit more full!” But for me, I’m looking for continuity of emotion and character and momentum of the scene, and that will win for me. If it’s something that sticks out, that can sometimes hurt the emotion, but I think it’s more important to have continuity of the character and the character’s choices and the character’s motivations. So, you know, it’s a plus, but I can’t let it drive my choices.

Is giving you a variety of takes the most helpful thing an actor can do?
I don’t need a huge variety. I don’t need one performance to be completely demure and another one to be hysterically emotional. But it does help to have variety because sometimes the context of the scene changes and sometimes, for example, you even lift a scene or lift moments and you then need an emotional performance to carry you through the moments that are no longer in the film. So it’s certainly helpful to try a few different things. I generally mix and match performances; I’ve worked with actors where I just get one really strong take and one kind of in-the-middle take and one more flat take and I’m like, “Great, I can use all three to build and I can start slower and build it up and end really powerful,” and it really helps the film.

Given that women are still vastly underrepresented in technical and behind-the-camera roles, what advice would you offer to those who want to break into the field?
The thing that’s helped me the most is finding people to champion me, and honestly, it mostly falls to our male friends in the industry to make this change. I think the women are fighting for each other and it’s amazing, but we need courage. We need the guys to help us. We literally need them to push us forward. As I said, Dan Lebental was one of those people for me. I would say find your champions, male and female. I’ve found both. Find your champion to cheer for you and push you forward. That’s what’s made the difference for me. And then when you have the opportunity in return, be a champion for others. That’s what I’m trying to do now.