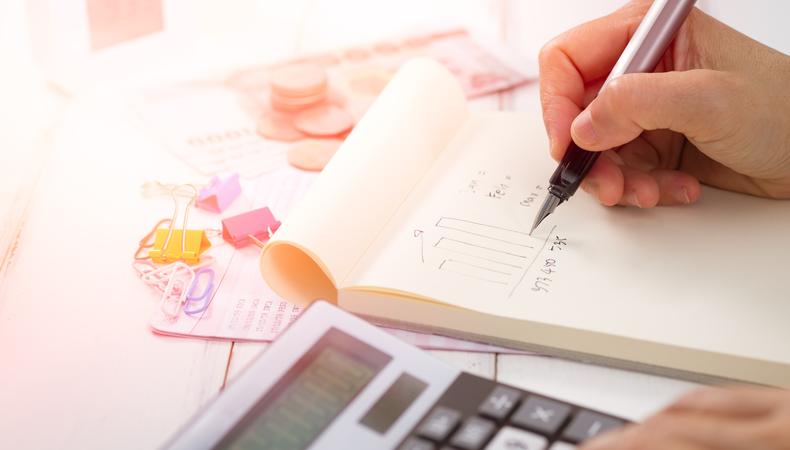 Whether you should work for free is an oft-debated question and requires weighing many factors. Will the gig have a major impact on your career? What does not getting paid mean for your finances and stability?

So, should you work for free? To help answer the age-old actor question, we spoke with Darren Sussman, founder and president of the Institute for Financial Wellness for the Arts (IFWA). Sussman started his career as a musician, founded TheaterMania, and then launched the IFWA after he and his brother—whose career is in financial services—realized the lack of financial education and planning available to arts professionals. For Sussman, the goal of the organization is to get creatives to pay attention to their financial health. Today, the IFWA offers online education resources, coaching, workshops, and more.

Below, Sussman chats about whether you should ever work for free, adjusting a budget if you do, why people need to think of themselves as a business, and more.

From a financial perspective, is it ever wise to work for free?
Working for free is not going to get anyone on the path to retirement: you can’t save money if you’re not getting money. You eventually have to make money.

However, regarding the path to a successful career in the arts and the sacrifices we have to make, sometimes it makes sense to do a gig that doesn’t necessarily pay what you deserve or what you’re worth or sometimes [even] pay at all because if that particular gig or exposure or networking is going to be a stepping stone to your next thing, it makes a lot of sense.

There’s no [one] golden rule; you have to evaluate each situation as it comes. You have to do a little soul searching...Maybe you shouldn’t do it if it doesn’t have any path to the next thing or if there’s not a reason for it.

What should performers consider financially when deciding to work for free?
We all only have 24 hours in the day. It doesn’t matter whether you’re an artist or a banker or one of the guys on “Shark Tank.” Is the juice worth the squeeze? Does it make sense for you? An artist really needs to be careful about this and you need to make sure your time is carefully allocated.

Bills need to get paid. If you’re young and up-and-coming and not yet sustaining yourself with your craft, be very mindful and careful about the gigs you take and what you’re doing to support yourself while building an acting career. Can you find a side job that is supportive of your creative career?

A friend of mine was an up-and-coming actor and he became a personal trainer. He made sure all of his clients were directors, casting agents, [and] other actors, so even though it was a side gig, he was training people in the business. He was always networking and he was earning money, so he was in a position of strength when it came to auditioning, studying, and taking acting classes. He was very careful, used his time wisely. If he had [to choose between] a training gig where he could make a few hundred dollars or a theater company that was asking him to perform for free, he chose wisely. Now he’s a very successful actor on TV sitcoms and doing Broadway.

How much time is there in the day and what should you do with it? What is the value of the thing you are doing for free? You have to balance your time and make sure you’re allocating some of it for things that pay and some of it where you’re paying your dues. Sometimes, you gotta say no to the free thing if it doesn’t make sense. It’s not just about paying your bills, it’s giving you the stability to be able to continue pursuing your craft.

How should a performer adjust their budget when working for free?
The mindset should be, how do I not work for free? How do I get paid for my work as an artist and eventually sustain my career? Don’t think of it as a [unpaid] gig but more of a fluctuating income because some things are free [and] then you might get paid for something else.

The crux of being an actor is thinking of your life as having a fluctuating income and always living that way. [This is as true] for someone just starting out as people on TV shows doing great, because one month they might make $20,000 and the next they might make $3,000. It’s all about understanding that your income is going to fluctuate.

In terms of budgeting for fluctuation, you need to understand your baseline expenses as step one. It doesn’t matter what you make, it matters what it costs you to live baseline. Everybody should understand what their baseline is. If you can’t cover your baseline one month, you’re going to go into debt. If that continues, it just gets worse and worse.

Then, look forward and understand your income to make sure you’ve budgeted forward if you are going to work for free. Did you work three months before [an unpaid job] to cover the shortfall of your baseline so you’ll at least break even?

Another thing people can do is a wealth orchestration account, a separate account you actually pay yourself into each month and consider it an expense. The reality is we shouldn’t just be covering our bills; we should be saving each month. Budgeting should also mean budgeting for yourself. Make sure you know your baseline if you’re taking a free gig so you’re looking ahead 30- to 60-days so you don’t get yourself into debt.

It’s not worth taking a free gig if it’s going to put you in debt or in a state of risk.

Everything You Need to Know About Survival Jobs

Are there any red flags or warning signs that mean performers should rethink their financial situation?
The first thing any young actor needs to do is understand they are the business. They are the CEO of themselves.

You have to look at yourself as a business and compartmentalize when it’s time to be the artist and time to be the CEO. These are the people who become the most successful. How can you be creative when you’re under a ton of stress? Have a strategic plan in place that says, “alright, I’m not going to be on a TV show or Broadway right away. What [are the steps I will take] to get to the place I want to be?”

It’s not just about your paying bills; it’s also about saying, how do I invest in myself while I’m doing this? It all starts with a budget, understanding it, and then allocating part of your budget to a savings plan for yourself. [Saving money] every month from whatever jobs you were doing on the side [means] you have some money saved up and when the right, unpaid gig comes along, you can actually take it because you know you have savings in place for the future.

Ready to get cast? Apply to casting calls on Backstage!