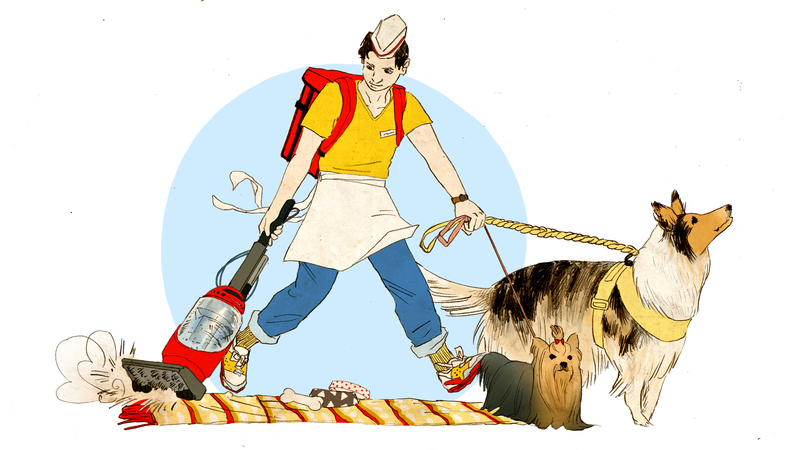 If you’re an actor, you already know you’re not just an actor. As you hone your craft and gain experience, you’ll also need to pay your rent and feed yourself along the way. This is where a survival job comes into play. These flexible, part-time gigs allow you to fit auditions into your schedule on short notice. Pretty much every actor has relied on a survival job to pay the bills at some point in their career.

Although waiting tables and temp work are both classic survival jobs, there are a lot more options out there—especially with the rise of the gig economy. In this in-depth guide to survival jobs, we’ll walk you through the most common jobs for actors (as well as some gigs you may not have considered). Or, consider using your acting and performance skills for shorter or more flexible gigs while you audition for your dream job!

What is a survival job?

A “survival job” is a job someone takes in order to pay the bills while pursuing a career they love. While survival jobs are often associated with actors, they can be necessary for people in all types of creative fields—dancers, visual artists, filmmakers, models, and more. Even people in more traditional lines of work may secure a survival job while building a career that doesn’t necessarily pay up-front, such as new small business owners or certain types of professional athletes.

Survival jobs come in all shapes and sizes, but they must always follow these two rules to be a true survival job: 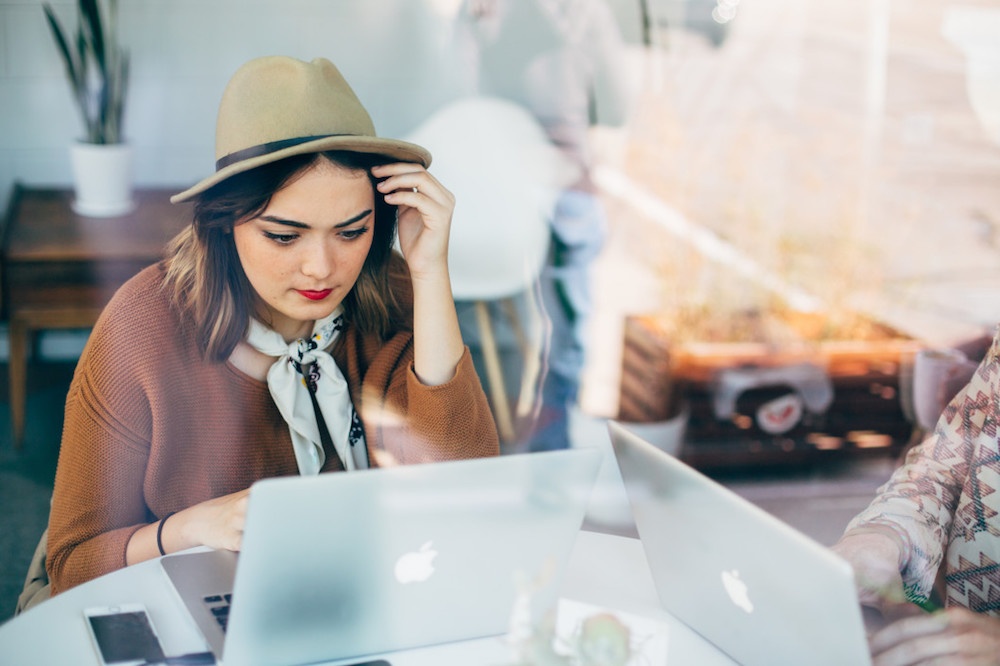 Why Every Job Is Not a ‘Survival Job’

Why do actors need survival jobs?

The main reason actors need survival jobs is money. Unless you find yourself in the very fortunate position to have steady, full-time acting work, a side gig is often necessary to make ends meet.

But a survival job can also affect your acting career in less tangible ways. Time and time again, casting directors talk about how they can smell desperation on an actor as soon as they walk into the room. It’s hard enough to audition already—don’t go in with the added pressure of knowing that if you don’t book this gig, then you won’t have next month’s rent. “I have watched so many other people murder their creativity by demanding that their art pay the bills,” author Elizabeth Gilbert notes in her book “Big Magic: Creative Living Beyond Fear.”

Which famous actors had survival jobs?

Most famous actors had survival jobs before they made it big, everyone from Tom Hanks to Eddie Falco. Some found positions that involved performance: Nick Kroll taught improv and stand up at an after-school program for middle schoolers, while Broadway actor Kerry Butler entertained at children’s parties as the Little Mermaid (sometimes unsuccessfully).

But other famous actors found side gigs that had nothing to do with their professional aspirations. Mahershala Ali worked as a deckhand on San Francisco ferry boats before getting into grad school. Kathy Bates even temped for the Ringling Bros’ accounting department—to surreal results. “When I arrived, I took the elevator to the top floor and the doors opened and there was this gigantic gorilla in a cage and there was nobody else there,” she remembered. 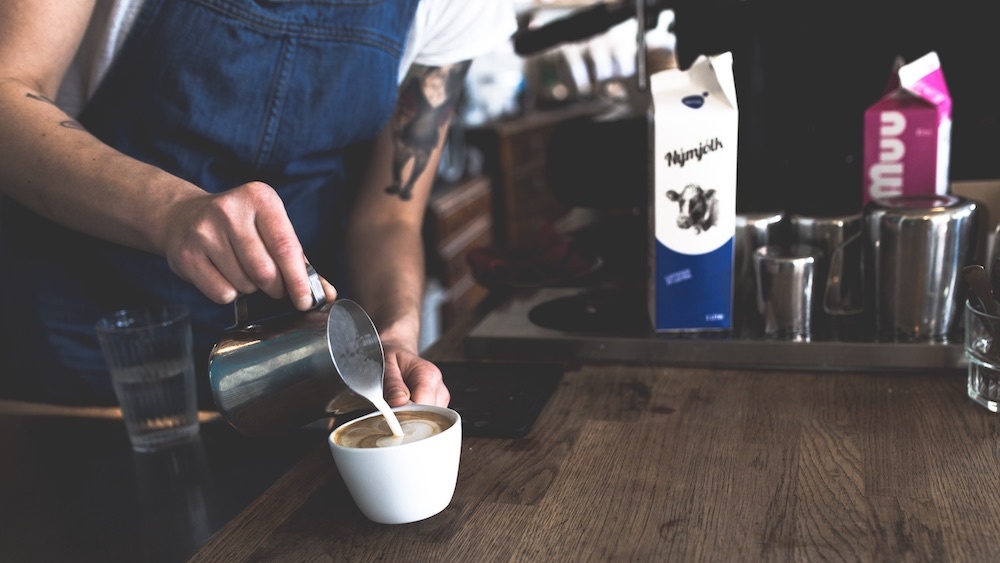 27 Actors on the Survival Jobs That Shaped Them

What are the best survival jobs for actors?

There’s no one-size-fits-all survival job for actors—the best survival job for you depends on your skillset, your city, and your schedule. But the most common survival jobs for actors include food service, childcare, and temp work. We’ll walk you through each one below:

Food service: Perhaps the most classic of survival jobs is waiting tables. There’s a reason for the reputation: Not only is the restaurant industry usually one of the fastest growing sectors in the U.S. economy, most restaurant gigs are not 9-5 jobs. There’s a lot of flexibility to swap shifts if an audition comes up. Popular restaurant jobs include server, host, bartender, maître d', barback, cater waiter, and barista.

One thing to consider about the restaurant industry is that certain positions—such as bartending during prime shifts—can be competitive in their own right. So you might have to work your way up to the higher-paid restaurant positions. But if you’re dependable and professional, you’re well on your way. Craigslist is one place to start looking for restaurant open calls, but you can also ask around in your neighborhood to see if anyone is hiring. Also, keep in mind that in major cities with bigger dining scenes, you may have trouble getting hired if you have zero prior restaurant experience.

Childcare: Childcare is another classic survival job. It can be a little less flexible—when the parents are at work, you can’t skip out on the kids for a last-minute audition—but this type of work can pay quite well. There’s also flexibility with the time commitment, since childcare can be full- or part-time, only on weekends, only in the evenings, etc. It’s especially helpful if you know other actor friends working similar nannying or babysitting jobs—that way, you can potentially cover for each other when needed. Reputable sites to get started in childcare include Sittercity.com, Helpr, UrbanSitter, and Care.com. It’s also a good idea to ask around for personal referrals from friends and family.

Temp work: Temp work is also high on that “classic survival jobs” list because it’s great for actors who have out-of-town gigs. If you know in advance that you’ll be back for a few weeks in between jobs, you can line up work for the interim period as temp work often requires subbing for current employees who are out for one reason or another. Most of this work is typically office admin stuff, though some temp agencies are geared toward event work or catering. Temp agencies to check out in the NYC area include Artisan Talent, Kelly Services, Beacon Hill Associates, All Aces Promotional Staffing, and Atrium Staffing. In Los Angeles, consider Staff Connection, Bennett Gaynor Sustainable Staffing, or OfficeTeam. 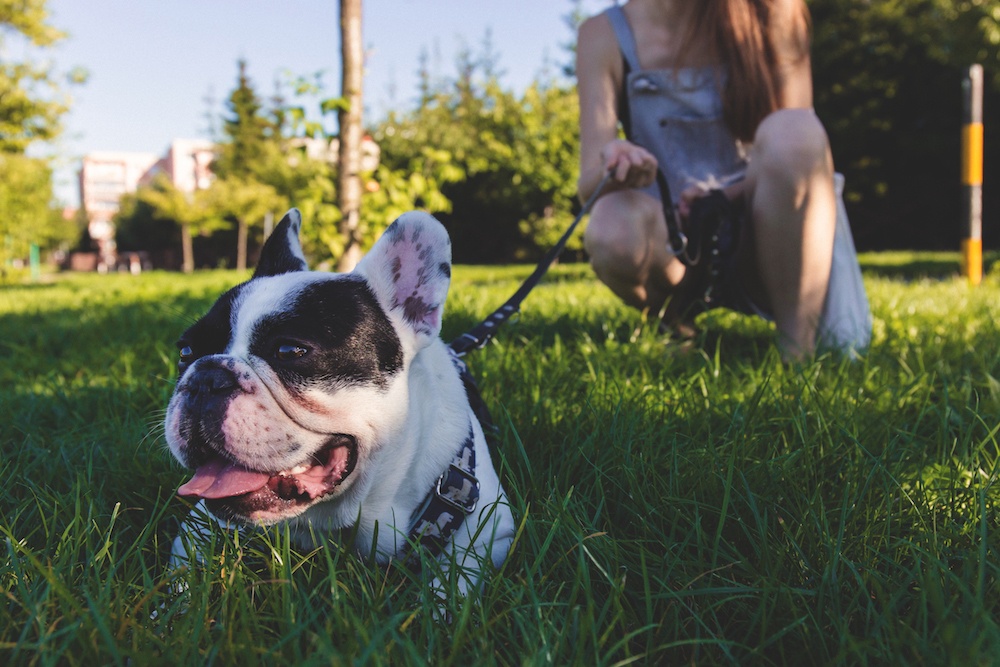 The 10 Best Survival Jobs for Actors

What are other flexible jobs for actors?

As an actor looking for a flexible job, you have a lot more opportunities than 10 or 20 years ago. These days, many survival jobs start online—for instance, driving for Lyft or Uber or picking up freelance tasks on Upwork or Fiverr. Below are eight survival jobs for actors you may not have considered: 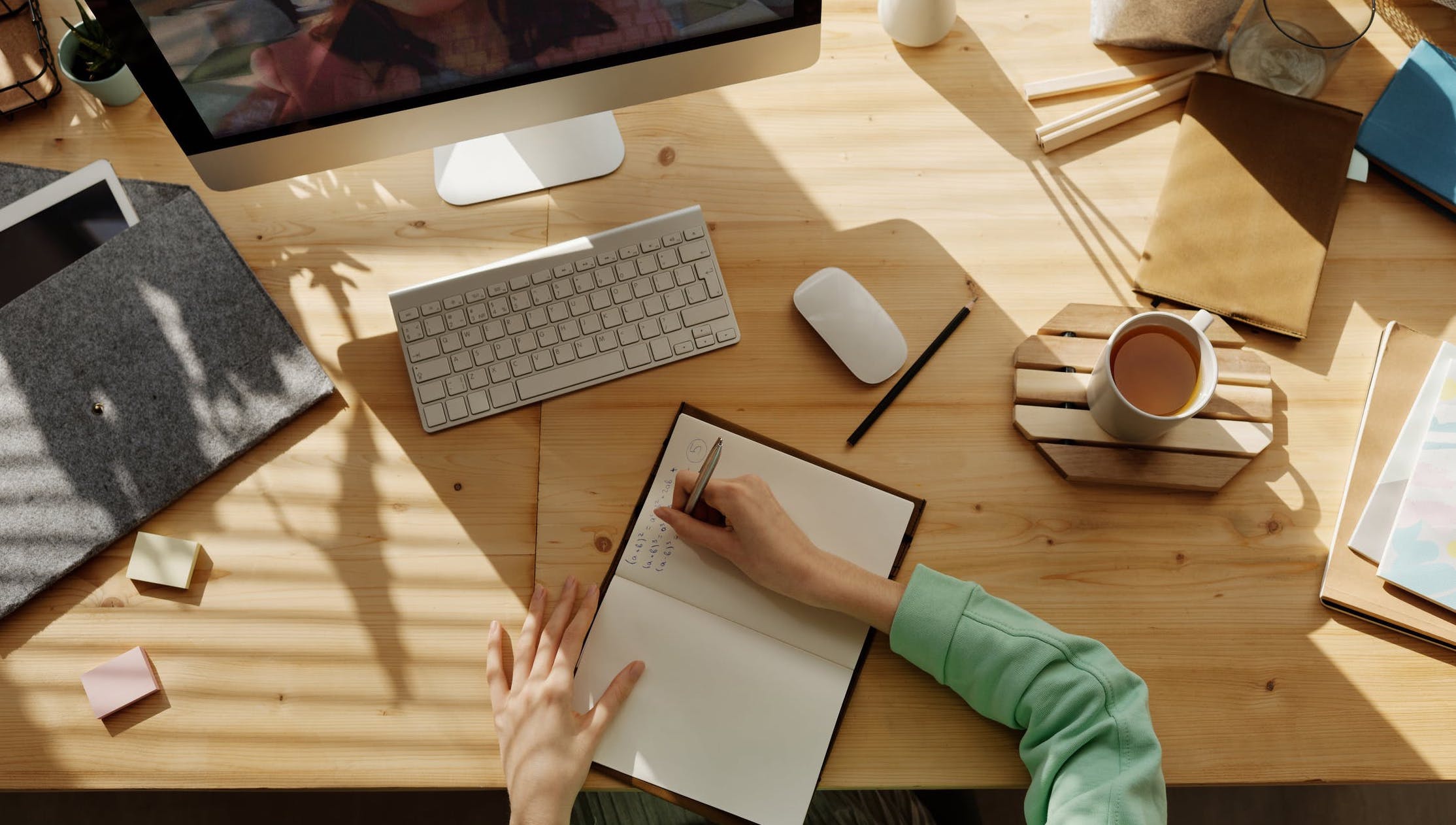 Are there survival jobs in the entertainment industry?

Finding a survival job in the entertainment industry can be a great way to build your network and learn more about other sides of the business besides performing. If you want to stay close to your acting roots, look for work in a box office or ushering or as a production assistant or admin for a producer or casting office. Head to your favorite theaters’ websites to see if they’re hiring, or check out Playbill’s job postings. Backstage Expert David Patrick Greene suggests leveraging your existing professional skills (accounting or finance or IT, for instance) to get a non-acting job at a production company or talent agency.

“Working in these other areas can increase your overall value in the business,” producer Sevier Crespo says. “You can act, write, produce, script supervise, take care of wardrobe...whatever it may be. And the pay for these jobs is pretty freakin’ good.” What’s more, you may discover a new passion. “Producing and line producing is something I never expected to do, much less expected to love,” Crespo continues. “But I do love it and wouldn’t have known if I hadn’t jumped in and done it.”

But if your survival job isn’t within the industry, don’t fret. You’re allowed to have other interests as an actor—in fact, those skills and interests will serve to make you more well-rounded as a performer.

What are the best survival jobs in NYC, L.A., or London?

Although every city needs waiters and bartenders, there are some survival jobs that are more common in NYC (and other major acting markets):

NYC Survival Jobs: Uber, Lyft, and Via drivers are in high demand. Many large companies are headquartered in New York, meaning there’s almost always a need for temp and admin work. Because of tax breaks, the city and state are also home to a lot of productions, so consider seeking work as a PA. Same goes for theaters that need audience members. And of course, delivery apps like Postmates and Instacart are rampant in a city like New York.

L.A. Survival Jobs: Productions are always looking for assistants or extra hands to help on set. Studio lots that offer tours will likely need tour guides with a passion for the industry. Production and casting offices need admins and script readers. L.A. is also home to several large universities, including USC and UCLA, that may need lab assistants or part-time employees around campus.

London Survival Jobs: Like NYC, London is an international business hub—making it a prime place for office temping. Call centers abound, including one staffed specifically by actors. And, of course, the city is also a major tourist destination. Consider leveraging your performance skills by working as a local tour guide. 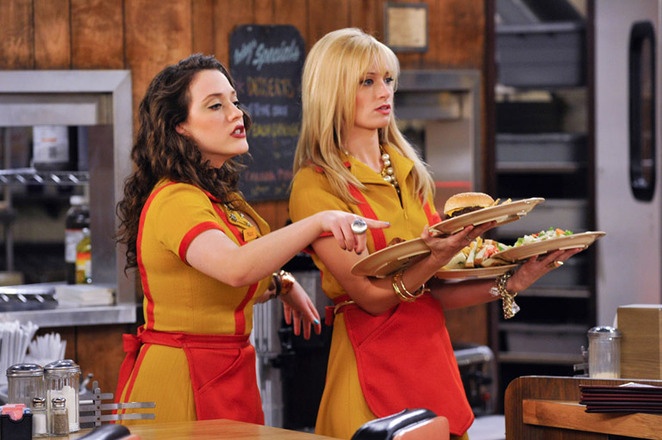 Do survival jobs belong on an acting résumé?

You should only include a survival job on an acting résumé if it fits into the “special skills” section or relates specifically to the role you’re seeking. If you’re a nanny—and the TV show you’re submitting to has children in the cast—you should mention that you’re good with kids. If you’re a translator, list the languages you can speak fluently. If you’re a carpenter, your woodworking skills might come in handy if the casting director is looking for someone who can confidently handle a saw.

Keep in mind that acting résumés are formatted quite differently from traditional résumés. Your survival job shouldn’t get an entire section that includes your job title, start and end dates, and location. Instead, mention the expertise you have (carpentry, for example) in the special skills section alongside any other relevant talents.

When should I quit my survival job?

If you’re still relying on your survival job to pay the bills, it’s probably best to stay put—unless you have a compelling reason to quit. That could mean better pay, better hours, a better location, or more flexibility. Otherwise, switching jobs can end up being counterproductive. If you’ve worked hard to build relationships with co-workers, and they’re willing to cover you on short notice for an audition, that’s a valuable asset for a working actor. Moving to a new job could mean re-building those relationships—and putting auditions on hold while you do.

Similarly, if you’ve put in your time and have scheduling preferences as a result, keep in mind that switching jobs means starting at the bottom of the totem pole and taking the shifts no one else wants.

If you’re genuinely dissatisfied day in and day out—and you think that a fresh start somewhere else could improve your mental health—that’s a valid reason to switch survival jobs. And if a co-worker or boss ever becomes abusive in any way, leave immediately and consider reporting it to the authorities.

There is a fine line between a survival job that isn’t what you love, but allows you to support your art, and a job that is actually detrimental to your life. You’re the only one who can find the right balance.