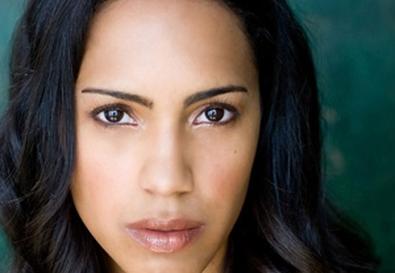 More often than not, auditions can feel thankless and ineffective. Actors may convince themselves that they did not get or were not right for the part and move on to the next audition. For Genia Nunez, simply showing up to read for one part was the key to ultimately landing another: the role of Cristina Zabala in the independent feature film “Baseball’s Last Hero: The Roberto Clemente Story.”

The trek began for Nunez in February 2010 when she submitted herself online through Back Stage. She knew she was right for the role of Vera Clemente, wife of Roberto Clemente—the first Latino to be inducted into the Baseball Hall of Fame. “The part [of Vera] attracted me, the breakdown, everything that described the role,” Nunez says. “I said, ‘I can do this.’ ” Nunez auditioned in August of that year, was called in again in September, and had a final audition in October.

Reflecting on the last callback, the actor says, “That’s the one where I had nine scenes to do. I thought, ‘Oh my gosh, I have to cram all this in!’ But it was a great experience that prepared me for other projects.” Unbeknownst to Nunez, the work that she put into that final callback would pay off. The film’s writer-director, Richard Rossi, says, “Genia was well-researched. She brought in some of her own props and dressed in costume to give a semblance, and auditioned with a piece that I’d written about the death of Roberto. It was very heavy emotionally, asking why would God take a young man away from his family, a father with three little boys. She brought in some black clothes of mourning—a veil and a scarf. We had her read two pieces; I remember her switching the whole feel with two different sides. It really stood out in my mind because of how she chose to do that.”

Rossi emailed Nunez that the casting panel went with someone else but expressed a hope that they could work together on another project. Cut to September 2011, when Rossi informed Nunez of a role that was never before mentioned: Cristina Zabala, the sister of Vera Clemente. He had developed the part thinking that Nunez would be perfect for it, and he handed her the role. “Quite frankly, there’s a lack of really good roles for certain ethnicities, particularly Latin-American women,” Rossi says. “I’ve seen them get typecast into roles that aren’t that substantive. So I’m really glad that someone like Genia was able to do something meaningful like this.”

Of the year-and-a-half process it took to land the part in “Baseball’s Last Hero,” Nunez realizes, “It was a journey. Some things were just supposed to happen. I really think [the film] is great for Latinos and part of our history.” Showing up and remaining open has paid off for this New Yorker turned Angeleno. “It was just great…how you see the notice, you send it in, and you never know where it’s going to lead,” Nunez says. “You just go and hope that if you do the work, it will show, and eventually you will reap the benefits and get work. It’s a matter of auditioning and having that mindset, and I definitely use Back Stage. It has helped me a lot.”
Genia Nunez is a member of SAG and AFTRA and is represented by Oliver Carnay of International Artists PR and Talent Management and Stephany Burns of Ideal Talent (commercials).