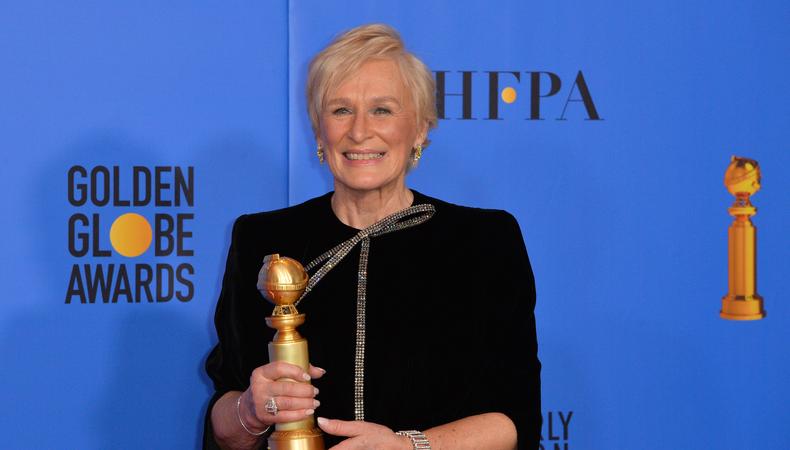 Hollywood is still aglow from the recent festivities—and perhaps still surprised by certain results—of the 76th annual Golden Globe Awards. Now that the floodgates of film awards season have opened, some may be looking to the Globes for clues on how the upcoming Academy Awards will choose their favorites. Each year, prognosticators and movie buffs wonder: In the film awards season race, how much do the Globes mean in relation to the film industry’s biggest night? How do they differ?

Unlike the Oscars, the Golden Globes honor both TV and film and split most of their film categories into two: Comedy/Musical and Drama. Known as a looser, more festive night of festivities, the Golden Globes are hosted by and decided on by a relatively small voting poll, the Hollywood Foreign Press. Compared to the Academy of Motion Picture Arts and Sciences, which numbers close to 6,000 members and consists of many peers of nominees in each category, the Golden Globes are a more exclusive affair.

How they are linked? The Golden Globe Awards, because of their historically glitzy visibility, give actors, producers, and distributors alike a chance to put their work in front of viewers who may cast votes for the same season’s Oscars, which usually closes its initial voting phase only days after the Golden Globe ceremony (this year, Oscar nominating ends Jan. 14).

The tendency for Golden Globe results to correlate to Academy results varies from awards season to awards season. Below we’re presenting a brief overview of the relationship between these two voting bodies over the last few years.

Best Picture: Since 2009 the Academy has increased the nominees in its Best Picture category from five to a maximum of 10, and almost all the nominees for Golden Globes’ top Best Motion Picture Drama prize have gone on to receive an Oscar nod. In 2016 and 2012 the drama Golden Globe nominees and the Oscar for Best Picture paralleled exactly, while in other years, all but one of the former went on to garner a nod in the latter. Three films over that span took home both accolades: “Argo” in 2013, “12 Years a Slave” in 2014 and “Moonlight” in 2017.

As expected, given the Academy’s reputation for favoring serious dramas, the Golden Globe Motion Picture Award for a musical or a comedy doesn’t share nearly as strong a correlation. In 2017 only one film, “La La Land,” made both nomination lists, while 2016, 2015, 2013, and 2012 shared two film nominations a year; only once did they share a winner, “The Artist” in 2012. Other years have ranged from four shared nominees to none.

Last year, the Globes crowned “Three Billboards Outside Ebbing, Missouri” and “Lady Bird,” which both became only nominated for the best picture Oscar. Since 2009, over the Golden Globes’ dual categories and the single Oscar category, there were four shared winners in total, meaning less than 50 percent of Oscar winners in the last eight years first received the Golden Globe: not a guarantee of Oscar success, but it helps a film’s chances.

Best Director: Five of the last 11 Golden Globe Best Director winners went on to take home the Academy Award in the same category. Last years Guillermo del Toro of “The Shape of Water,” plus Damien Chazelle of “La La Land,” Alejandro G. Iñárritu of “The Revenant,” and Alfonso Cuarón of “Gravity” earned both awards in 2017, 2016, and 2014, respectively. But we don’t see another shared winner until we go back to the 2008 awards show darling “Slumdog Millionaire” and Danny Boyle.

Best Actor: The Academy Awards and the Golden Globes have a solidified predictive relationship in the leading male category, with only one Academy Award-winning actor not winning a parallel Golden Globe for his performance. However that star, Sean Penn, who won the 2009 Oscar for his performance in “Milk,” did receive a Golden Globe nod. Nine of the overlapping actors were honored in the Drama category, with only one in the Musical or Comedy iteration of the Best Actor Award: Jean Dujardin in 2012, for “The Artist.”

Best Actress: Similar to the Best Actor correlation, the Golden Globe for Best Actress also paves a decidedly well-paved path to Oscar success. Over the last 11 years, 10 of the Oscar winners for Best Actress in a Leading Role won a Globe for their performance in the same year, three for a Musical or Comedy and seven for Drama. In the only misstep between the two awards, Kate Winslet won the leading Golden Globe for her 2008 performance in “Revolutionary Road,” and then the Oscar for her performance in “The Reader” (for the latter, she earned a second Globe statue!).

Now that “Bohemian Rhapsody,” Glenn Close, Olivia Colman, Christian Bale, Regina King, and more have triumphed, how will the relationship between globe and golden man fare this year for the contending films of 2018? Stay tuned with Backstage’s awards coverage to find out!

This article was originally published on Dec. 27, 2017. It has since been updated.