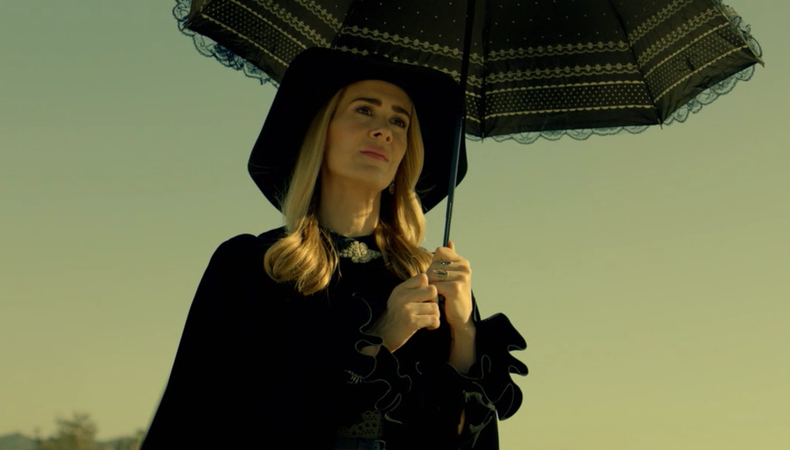 “The Nanny”
The flashy girl from Flushing is ready for Manhattan’s biggest stage. The 1990s sitcom “The Nanny,” created by and starring Fran Drescher, is reportedly in the process of being turned into a Broadway-intended musical. Drescher and Peter Marc Jacobson will write the project’s book with “Crazy Ex-Girlfriend” creator Rachel Bloom and Adam Schlesinger writing the music. There haven’t been any hints toward casting yet, but Broadway favorite Lesli Margherita has already thrown her hat in the ring and Telsey + Company worked with Bloom on her musical comedy.

Stay up to date and find roles all on Backstage right here!

“Clarice”
Good evening and welcome back, Clarice. According to Variety, CBS has given a series commitment to “Clarice,” a drama that will follow Clarice Starling after the events of “The Silence of the Lambs.” The series comes from writers and executive producers Alex Kurtzman and Jenny Lumet and will be set in 1993 (a year after the events of the film) where Special Agent Starling returns to the field to pursue serial murderers and sexual predators. This is the second time a Starling-related TV series has been pursued, after Lifetime working on its own version in 2012. The character has been played by both Jodie Foster (“The Silence of the Lambs”) and Julianne Moore (“Hannibal”). No casting director for the series has been announced.

“Nine Perfect Strangers”
First reported by Deadline, Melissa McCarthy has set her first series regular role since her Emmy-winning turn on CBS’s “Mike & Molly.” The actor will star opposite Nicole Kidman in Hulu’s limited series adaptation of the Liane Moriarty’s “Nine Perfect Strangers.” McCarthy will also executive produce alongside Kidman. Written by David E. Kelley, John Henry Butterworth, and Samantha Strauss (and co-showrun by Kelley and Butterworth), the series will follow nine people who seek out rest, relaxation, and restoration at a boutique health-and-wellness resort as they try to get on a path to a better way of living. McCarthy will play one of the “nine perfect strangers,” and Kidman will step into the role of the resort director, Masha. “Nine Perfect Strangers” is now in pre-production at Hulu. David Rubin of Firefly Casting is the series casting director.

“Going Electric”
Timothée Chalamet is getting tangled up in blue for his next big role. The Hollywood favorite will reportedly play music icon Bob Dylan in “Going Electric,” a musical biographic feature from Fox Searchlight. Written by Jay Cocks, the story will center on the infamous Newport Folk Festival in 1965, where a young Bob Dylan shook up the folk music scene by playing an electric guitar. James Mangold  (“Ford v Ferrari,” “Logan”) will direct. No further casting has been announced, but aside from the 2020 Oscar nominee “Ford v Ferrari,” Mangold typically uses the casting team of Beach/Katzman.

“Mission: Impossible”
Nicholas Hoult will join Tom Cruise in the upcoming sequel of the long-running franchise. His role has yet to be revealed, but according to Variety, he is expected to play a villain in the flick. Hoult joins a cast including Rebecca Ferguson, Hayley Atwell, Pom Klementieff, Shea Whigham, and Gregory Sanon. “Mission: Impossible 7” is expected for theatrical release on July 23, 2021, with the already-confirmed eighth installment to be released on Aug. 5, 2022. Director and writer Christopher McQuarrie will return, and regular “Mission: Impossible” casting director Mindy Marin will also continue her work with the franchise.

“King Richard”
Finally, according to Deadline, “King Richard” has found its young Venus and Serena Williams. Saniyya Sidney (“Fences,” “Hidden Figures”) and Demi Singleton (“Godfather of Harlem”) will play the young Williams sisters in the Will Smith-led Warner Bros biopic. In addition, Emmy-nominated “When They See Us” star Aunjanue Ellis has also joined the film, playing matriarch Brandi Williams. The film tells the true story of “the hardscrabble but iron-willed father of Venus and Serena Williams who had a plan to make his daughters the greatest tennis players in the world.” Reinaldo Marcus Green will direct from a script by Zach Baylin. Rich Delia is the casting director—read his audition tips here at Backstage!