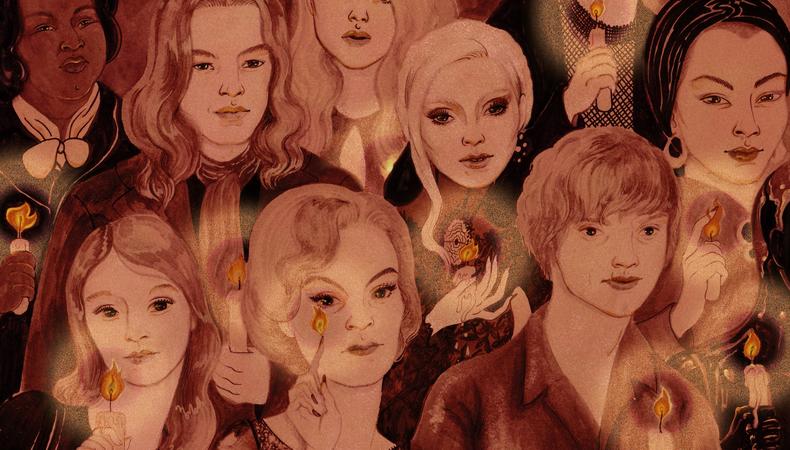 Have you ever wondered how the repertory company of Ryan Murphy Productions is built? Casting director Eric Souliere is in part responsible. The longtime Murphy collaborator exited the “American Horror Story” franchise for a few seasons, but returned for last year’s eighth installment, “Apocalypse.” That season reunited favorites from the anthology series, including Sarah Paulson, Evan Peters, and Kathy Bates, and brought on relative Murphy-world newcomers like Billy Porter and Billie Lourd. For actors who want in on the madness, Souliere—who worked on “Apocalypse” with Ulrich/Dawson/Kritzer’s Eric Dawson—knows exactly what makes the Murphy world go ’round.

What was the process of casting “Apocalypse”?
We started with casting two new characters. We did a big search, screen tested, and then screen tested for chemistry. That was the first step, and then we got into Ryan telling us who he wanted back and for how many episodes. The great thing with this show is that actors always really want to come back, and they’re excited to return and see who they’re playing, whether it’s a new character or one they’ve played before.

What are some of the challenges that come with casting this show?
It’s a pretty well-oiled machine. The only challenge we face is secrecy. There have been times when actors self-taped and sent it to us but also put it on YouTube and made it public and named it “AHS audition” and someone picked it up. We have to be very careful about keeping everything secret. Whenever we put out a casting notice, we change the character’s name. There’s never any plot, the sides are fake, and the names are changed, so if it does get out, people have no idea what anything means. Also, every actor who auditions has to sign an NDA, and they can’t say that they went in for this show or disclose any information about the audition or role they’re reading for. We’re very protective; [we want] audiences to be surprised as they watch.

When someone comes in to audition with fake sides, does it make it harder to tell if they will be able to do the role?
No, because what they’re reading is close to what we’re looking for. The writers will often write us fake sides, so we’re given material from the actual writers and it’s something they’ve written knowing what they and Ryan are looking for. We’re often given something that’s going to be helpful, or we’ll take a scene from a previous season or another show. We’ve used scenes from “Nip/Tuck” for “American Horror Story” before. It’s going to be close to what we’re looking for so we can get a sense of what the actor is going to provide in that role.

What can an actor do to be more memorable in an audition?
Be prepared. I remember when it’s clear that the actor has done the work, knows the lines, and has put the time and effort into doing their best. I can tell who’s done the work and who hasn’t. When they haven’t, it’s really frustrating. When someone’s not nervous and is being themselves and prepared, it’s going to be a great experience. Either you’re going to be right for that role or we’re going to remember you for something down the line.

So many years in, how do you keep “American Horror Story” fresh in terms of casting?
In the seasons I have been involved in, there’s always a folding in and out. Some actors who have been on it will go and do other things and maybe not be in that season, so we’re adding new people. For instance, for the roles that we cast this season, the writers were very specific about the types that they wanted, but after that, we basically had one conversation with them about it and then we went out. We find the best actor that fits with what they were looking for, and there are actors that [fellow CD] Eric Dawson and I just personally love and keep in our minds that we’d love to have on this show. We get to do that every now and then. So, it’s a mix of finding actors who are the best fit and special actors who, when something comes up that they’re right for, it just all comes together and makes sense.

Why is it a project you want to revisit?
It’s a really special show, and we knew it was something special especially when audiences watched it and it became a kind of cult thing. As we got into Season 2 with the whole aspect of actors coming back and playing different roles, that’s when it started to really be a fun thing to do as far as keeping people in the family and at the same time introducing new actors into the repertory aspect of the show. Coming back to it to work with Eric for Season 8 was kind of great, because it was not only my return to the show, but that season specifically was really heavy on returning characters. Not only returning actors but a lot of actors coming back to play characters we’ve seen before.

What can people expect from auditioning for you?
I always tell actors that we want the same thing: We’re putting a puzzle together and looking for someone to come in the room and be that puzzle piece that just makes the most sense for that role. We’re on the actor’s side. It’s going to be a fun experience when you come in for me, and especially with technology now, it’s very rare that there are producers in the room with us. It is usually just us with a camera, so we have the freedom to work with the actor and get the best performance. It’s really a fun experience. It should be taken as a fun experience. I am always frustrated when actors come in and are obviously very nervous or place a lot of emphasis or stake on this one audition when I think we all just need to have fun and get the best performance.

What advice do you have for actors?
Like I mentioned, be as prepared as possible when you come in to audition, because we will remember you for a long time. You want to leave a good impression and show that you’ve done the work. Otherwise, the best advice I have is to keep inspiring yourself with theater, films, TV—whatever inspires you. Being knowledgeable about what’s out there and what’s being made and at the same time having a hobby that’s completely outside of this to create a more balanced life. I think when an actor has other things going on, it lessens the pressure.

Elyse Roth
Elyse is a senior editor at Backstage, where she oversees all casting news and features content, including her weekly casting director Q&A series, In the Room. She came to New York from Ohio by way of Northwestern University, where she studied journalism, and now lives in Brooklyn. She might see and write about awards-worthy films, but Elyse still thinks “Legally Blonde” is a perfect movie and on any given night is probably taking in some kind of entertainment, whether it’s comedy, theater, ballet, or figuring out what show to binge next.
END_OF_DOCUMENT_TOKEN_TO_BE_REPLACED