How To Teleport Yourself To an A-List Acting Career 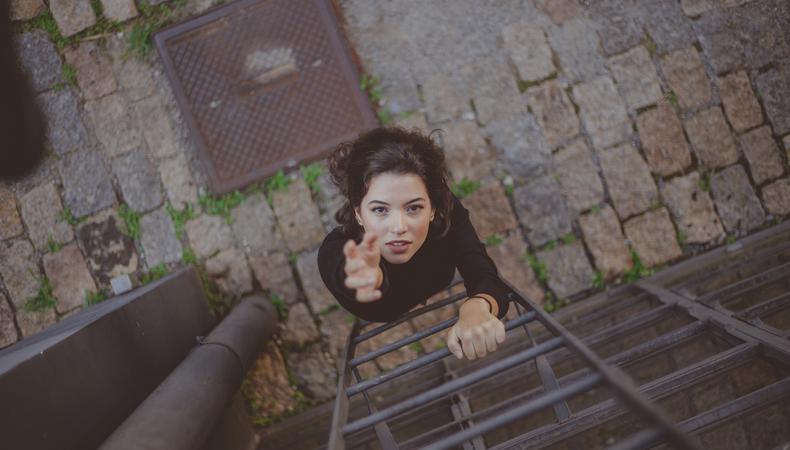 “I’m waiting in line.” “I’m in the trenches.” “I’m fighting the good fight.” These are things I hear actors say when I ask them “how are things going?” Actors behave as if living in a state of uncertain misery is part of what they signed up for when embarking on a career in entertainment. Such an attitude along with some fear-based advice that’s out there can keep actors stagnant in their careers. If you don’t have a mentality of limitless possibilities, you aren’t going to be able to attract limitless possibilities!

There’s a belief system centered around ideas like having to go to commercial auditions even if you don’t like them because actors are supposed to book some commercials before then getting a bigger national commercial. Then you get a costar role, then recurring, then you book a pilot that gets picked up or they make your recurring role into a regular character on the show, right?

This ladder-climbing idea can work for some actors, but not all. This is the entertainment industry. It’s not like medical school where you do finite years of study, residency, and then receive initiation with a practice or a job of your own. Yet, there’s still this idea of a set method or path to a career as an actor and sometimes too many people can waste years trying to fit the path of their career into this box only to end up disappointed.

So how do you avoid getting stuck in ladder-climbing mode? You can start by recognizing some of the things you’re hearing that aren’t true. For example, have you been told you can’t compete for any major roles if you don’t have major credits? This is a perfect example of a limiting belief. Sure, there are many productions that only want to cast actors if they have starring roles and huge social media followings. However, there are just as many productions who just want to cast someone excellent. Lots of productions don’t want a recognizable face—they want the freshness of an unknown. It’s not enough to be good in this industry. You must be great. Truly great work speaks for itself and will get you the job if you know how to reach out and grab the opportunity to compete for it.

This is just one example of advice you shouldn’t let hold you back. Instead, teleport yourself beyond these ladder-like ideas. The first step? Clearly define what you want. “I want to work on the next season of X show” or “I want to collaborate with X producer or production team on their project” or “I want to book a series lead or a series regular on a single camera Netflix sitcom.” If you don’t do this critical first step you’re going to be in the mindset of “I’ll take whatever I can get” which won’t get you much.

Commit to being conscientious when it comes to noticing herd-mentality thoughts within yourself. If you find yourself considering a brave choice for an audition and then rejecting it for no good reason other than some nebulous fear-based impulse, check yourself. If the idea of picking up the phone and pitching yourself to production or casting seems like an impossible notion, now is the time to learn how. Dig deep and figure out why you’re letting fear limit you.

Guard yourself against predatory gurus too. You’re in a vulnerable population because you often do need guidance and coaching. Patrol your boundaries against slick marketers and branders who prey upon insecurities and uncertainty, who claim they can brand, promote, or upsell you on your niche, type, or market sector.

It’s not enough to be good. You have to be great. Your greatest work doesn’t necessarily have to do with effort but everything to do with impact. Some of the greatest pieces of art in the world were created in a very short period. Bob Dylan’s “Blowin’ In The Wind” was supposedly written in 10 minutes. Compare that to the idea that the creation of great art must involve isolation, starvation, and pain. As Jason Bateman reminded us in his SAG acceptance speech, actors are just one job away from something huge happening in their careers.

Sign up here to get Joseph’s FREE Acting & Career Tips delivered to your inbox, and email [email protected] to launch your career now from anywhere in the world, or schedule an audit.

Ready to teleport? Looking for remote work? Backstage has got you covered! Click here for auditions you can do from home!

Joseph Pearlman
Joseph Pearlman is a celebrity and on-set acting coach for Hollywood’s top actors, musicians, and comedians. He works with clients such as Zooey Deschanel, Skylar Grey, Michael Welch, and Julian Sands, and he also coaches presenters for all the major award ceremonies. Pearlman Acting Academy was voted the best acting studio in Los Angeles by the Backstage Readers’ Choice Awards.
END_OF_DOCUMENT_TOKEN_TO_BE_REPLACED