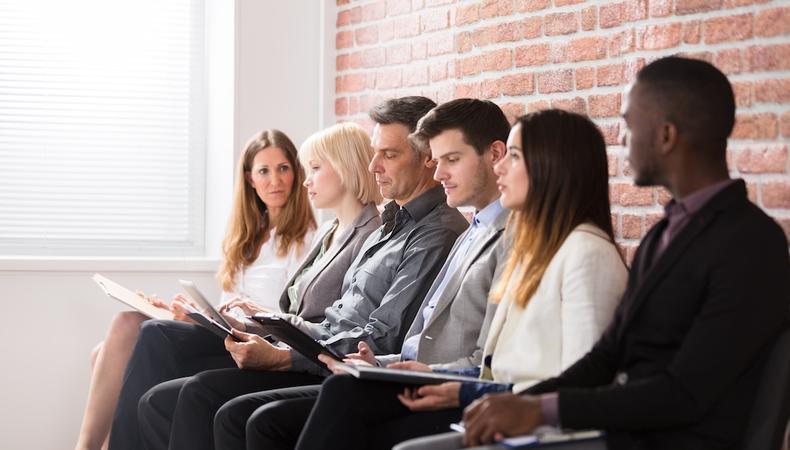 There’s no one way to become a TV actor and every talent’s journey to small screen success will be a unique one. However, very commonly, that journey begins with one word: pilot.

Save for a few exceptions, most series start with a pilot that then gets ordered to series, bringing with it actors who can hopefully prosper with the series. Well, guess what? There is no reason you can’t book a pilot yourself, and below we have knowing advice from Backstage Experts on how to do so.

Don’t move to L.A. just in time for pilot season.
“First of all, no agent will sign you in January because they just spent the last few months building up their client list for pilot season. Second, casting directors who don’t know you aren’t going to have time to meet you because they’re too busy casting pilots. And third, if by some miracle you actually got a chance to audition for a series regular role, you won’t have the experience to do well in that kind of high-pressure setting.

“Another problem you’ll have to face is the competition. There are already thousands of actors here who are just like you, except they have representation and several casting fans. They’re the ones who will be auditioning for pilots, not you.

“So here’s what you have to consider. If you’re living in any city other than L.A. (with the possible exception of New York) and you’re interested in booking a pilot, the [spring] is the time of year you need to start thinking about making the big move West.” —Secret Agent Man, Backstage’s resident Expert on all things agent

Make sure all your materials are as up-to-date as possible.
“Headshots should capture the essence of who you are and the kinds of roles in which you can be cast. They should look like you will when you arrive at the audition. Résumés should be organized, easy to read, and up to date. Have your current reel available online in single clips and labeled so casting can watch your 12-second comedy clip, for example, without having to watch your entire reel.

9 actors’ tips and tales for (and from) pilot season.

“Your website makes it easy for people to find you. It presents you in the way you want to be perceived and tells people about your current projects. It’s also the hub for your social media platforms. It’s an indispensable promotional tool. Keep it current, and make sure your social media platforms are also up to date and optimized.” —Philip Hernandez, New York City-based audition coach, working actor, and Backstage Expert

You really need a reel (even if it’s non-traditional).
“Is there a reel on your profile? Did you know that there is a filter that CDs can use when viewing submissions which allows them to only view submissions with reels attached? Let me say that louder for the back row: some will not even see that we submitted you if you have no reel attached! All of your hard work, training, and dreams goes down the drain if you aren’t even viewed to be considered for the role.

“What if you are brand new and have no work from which to make a reel? Make a showcase video, also called a personality slate. Do a monologue, sing, dance, or tell a funny story. It’s not a typical demo reel, but it will give casting a flavor of who you are, what you look like on camera, and will get your submission past the dreaded filter.” —Jackie Reid, manager, owner of L’il Angels Unlimited, and Backstage Expert

How the TV landscape + pilot season are changing.

There is no off-season.
“There seem to be seasons for an actor. Pilot season, awards season, episodic season, etc. And most actors think about committing to their craft or leaning harder into their careers just as these arbitrary and arguably insignificant seasons approach. ‘Oh shit, it’s Jan. 1. I better get back into class and get new headshots because I have the potential to be a TV star in the next three months.’ Inspiration is everywhere. The whole town is bubbling over with anticipation. ‘Maybe this year will be my year!’ But being pulled solely by the hope of success, a slave to these fabrications of the industry, is not the sort of mentality that books work. The dream has to be met with the work. All year round. Merely reacting three times a year—cranking it up for the possibility of work, then losing hope and being complacent for a few months—isn’t the level of commitment that leads to success. Acting is a lifestyle and the actors who book consistently don’t see the work as three or four points on a calendar. They turn it to action, into a lifestyle of creative output and artistic exploration which has roots deep enough that the whim of the industry can’t topple it.” —Risa Bramon Garcia and Steve Braun, co-owners of the BGB Studio

When auditioning, go for a neutral look.
“Because you may have multiple auditions a day during pilot season, figuring out your makeup routine and game plan will be key. The safest bet is a look that’s simple and natural—starting out with a simple base will let you add a darker eyeshadow or bolder lip if you feel like your character needs it. Be deliberate about your makeup choices. And most importantly, make sure your foundation and concealer perfectly match your skin tone.” —Kayla Foster and Elizabeth Judd, co-founders of styling company Tristyle

Pilot season from the agent’s perspective.

Break out of the pack.
“At our studio, we’ve helped nine clients book starring roles in major TV series this past year, all without the help of representation. The answer to having a winning pilot season is not about running around frantically trying to get better reps, sending out postcards, trying to find your ‘niche’ or your ‘type,’ it’s about using your ingenuity to develop a more effective strategy to get your foot in the door—a high-end strategy that’s reflective of the Oscar and Emmy-worthy career you aspire to.

“This starts by fearlessly rejecting the herd mentality. Most actors tell the same story: they waste their time looking for reps, get signed, stay on their roster for a year, only see 0-6 major film or TV auditions, and wring their hands in annoyance.” —Joseph Pearlman, an acting coach for celebrities such as Zooey Deschanel, Skylar Grey, and many others, as well as a Backstage Expert

Don’t think L.A. is your only option.
“Running out to L.A. for pilot season, a favorite New York actor pastime, is only advisable with the right representation or previous L.A. casting relationships that will facilitate getting you seen. Many pilots also cast out of New York, so if you’ve started building relationships with casting directors in New York, you’re better off playing to those rather than blindly moving to L.A. for a few months (as tempting as February and March in L.A. might seem).” —Glenn Kalison, Chair, Acting Department, New York Film Academy

Casey Mink
Casey Mink is the senior staff writer at Backstage. When she's not writing about television, film, or theater, she is definitely somewhere watching it.
END_OF_DOCUMENT_TOKEN_TO_BE_REPLACED