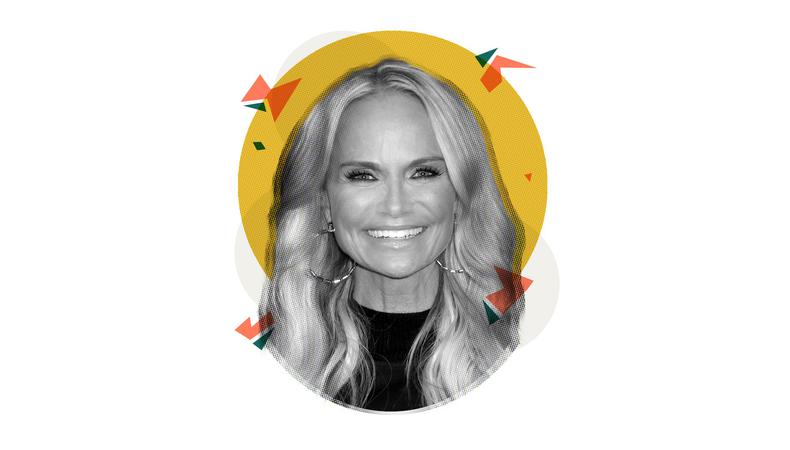 For a notoriously small person, Kristin Chenoweth has a big heart. It’s why the Tony and Emmy Award winner has teamed with her alma mater, Oklahoma City University, to launch a two-year MFA program focused specifically on screen acting. “Like many of us, I have been sitting around thinking: What do I want to do to change the world when we’re back?” she says of her inspiration for the program. Nurturing tomorrow’s talent is a good answer!

What performance should every actor see and why?
I’d watch anything Wanda Sykes has done. If you want to laugh and forget about COVID-19 and forget about the state of the union and everything that’s going on, take a look—and laugh your ass off. You’re welcome. 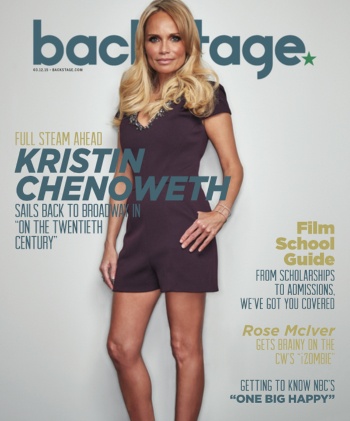 Kristin Chenoweth Rides ‘On the Twentieth Century’ Back to Broadway

Do you have an audition horror story you can share?
I should tell this story because it has to do with some things going on in our world right now that need to go on. I grew up in Oklahoma, and we were doing shows like “The King and I.” I didn’t know it was wrong, but I played Tuptim—and there is video, unfortunately. It’s online, and people do like to give me hell for it. I don’t mind because it is completely just. When I went to New York, I thought, Well, [it’ll be like] they’re doing “The King and I” in Kalamazoo or wherever. I’ll go to the audition. I show up, and I’m the only Caucasian. And it was then I thought, Kristin, you’re not in Oklahoma anymore. But I also thought, You’ve made the appointment. You don’t want to not show up. So I went in. Yes, I did. I full-on did the Indonesian accent. I did Tuptim. But you know what? Now I know. I was 20, and I learned right then that you’re not in Oklahoma, and there are people who actually fit the roles who should play them. I think back to whoever was behind the table, what they must have done when I left the room. I hope they laughed their asses off.

What is the wildest thing you ever did to get a job?
I needed a job so bad at OCU because I was a poor college student. I was the singing telegram girl. I’m being told to dress as Little Bo-Peep and knock on this guy’s door and sing “You’ve Lost That Lovin’ Feelin’.” I’m confused, but I do it because I need that $150, which, back then, lasted me a month. So, knock, knock, knock; he opens the door. I sing, and he starts to get really sad. I say, “Are you OK?” and he goes, “Well, I had a vasectomy.” It gets worse. He says, “Would you like to come in for a cup of coffee?” I feel bad that he’s upset, so I go in, and don’t you know, we had a cup of coffee. He wasn’t a creep. I got so lucky. I’m telling these stories in hopes that kids will say, “I’m never gonna do that.”

How did you become Equity?
My best friend Denny went to New York to try to make it. I was with him for two weeks to just see what it was like. I went to an audition with him. I signed up, [and] I was the last person at 5:30. I had to wait at McDonald’s, which was fine by me because I love McDonald’s. I’m watching the people come and go; I’m learning. I’m so honored and happy to be in New York, watching professionals. Then [it] was 5:30 p.m., and I’d been [waiting to do an audition] since 9:30 a.m. I walked in, and I auditioned. It doesn’t happen like this very often, and I do know that I’m blessed and thankful and lucky. They were auditioning for a show at Paper Mill Playhouse, which gets reviewed by the New York Times, [so it’s] kind of a big deal when you get a part. I got the part. I was supposed to be going to the Opera Conservatory. I didn’t go; I stayed in New York and I got my Equity card doing “Animal Crackers,” a Marx Brothers musical, at Paper Mill Playhouse.

What advice would you give your younger self?
When someone hurts your feelings, it’s probably not even about you. Don’t sweat it. If someone is unkind or says something nasty about you, it’s usually about their fear. Some people call this narcissism. I couldn’t get that when I was young. In fact, I’m still learning that lesson. So, good news, kids: You’ve still got to learn.

Casey Mink
Casey Mink is the senior staff writer at Backstage. When she's not writing about television, film, or theater, she is definitely somewhere watching it.
END_OF_DOCUMENT_TOKEN_TO_BE_REPLACED