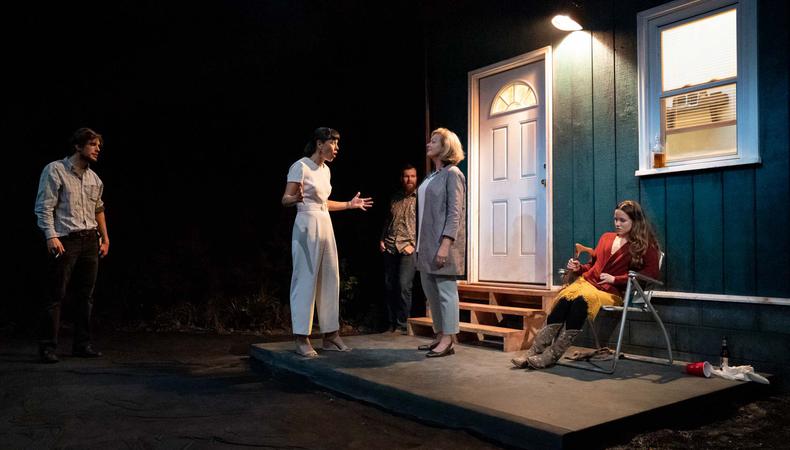 The shows can’t go on—but the awards show can. Though all theater performances have been temporarily halted due to the coronavirus pandemic, there was still much to celebrate about the truncated 2019–20 season, and celebrate is exactly what this year’s Lucille Lortel Awards did.

Hosted by Mario Cantone, the completely remote May 3 Lortels recognized work Off-Broadway that opened through March 12, the day on which the mandated shutdown began.

Outstanding Play was awarded to Will Arbery’s “Heroes of the Fourth Turning,” the Playwrights Horizons production about a group of young conservatives; Outstanding Musical went to “Octet,” Dave Malloy’s a capella tuner about internet addiction.

As for acting honors, on the play front, Emily C. Davis was named best actress for her turn in docudrama “Is This A Room,” while Edmund Donovan nabbed best actor for his performance as a developmentally disabled young man in “Greater Clements.” For musicals, Larry Owens and his lauded turn in “A Strange Loop” notched the leading actor Lortel, and Grace McLean for lead actress for “In the Green” (which she also wrote).

Outstanding Solo Show went to Lucas Hnath’s “Dana H.” Annie Tippe’s direction, meanwhile, was awarded for “Octet”; with three wins, that show tied with “Heroes” for most recognition, followed by “A Strange Loop,” “for colored girls…,” and “Dana H.,” with two wins each, respectively.

You can see the full list of winners and nominees here. And be sure to follow along with Backstage during this theater awards season.

Casey Mink
Casey Mink is the senior staff writer at Backstage. When she's not writing about television, film, or theater, she is definitely somewhere watching it.
END_OF_DOCUMENT_TOKEN_TO_BE_REPLACED