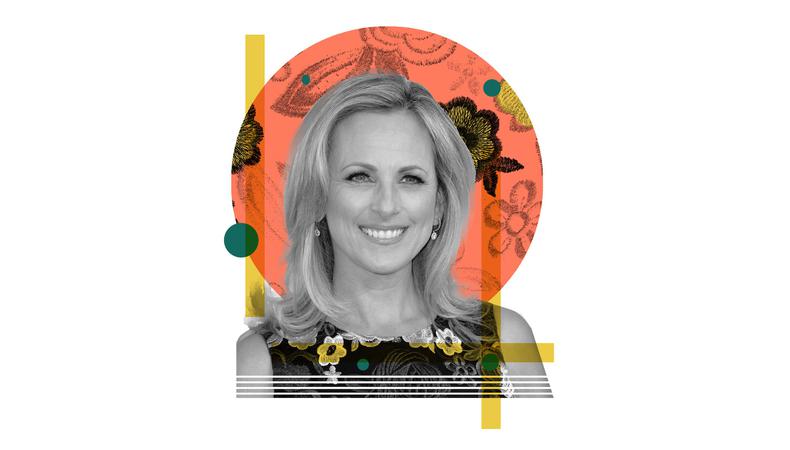 Marlee Matlin has more than a few tricks up her sleeve when it comes to navigating a life in Hollywood. After all, you don’t become the most recognizable deaf person in the world without hustling for every opportunity. Here, the youngest best actress Academy Award winner in history (for her screen debut, “Children of a Lesser God”), four-time Emmy nominee, and now star of the new Apple TV+ indie drama “CODA” gives Backstage all her tips on advancing a career as an actor and producer. Plus, Matlin explains her connection to Henry Winkler: Legend has it she showed up on his doorstep, freshly won Oscar in hand, and ended up staying for years. 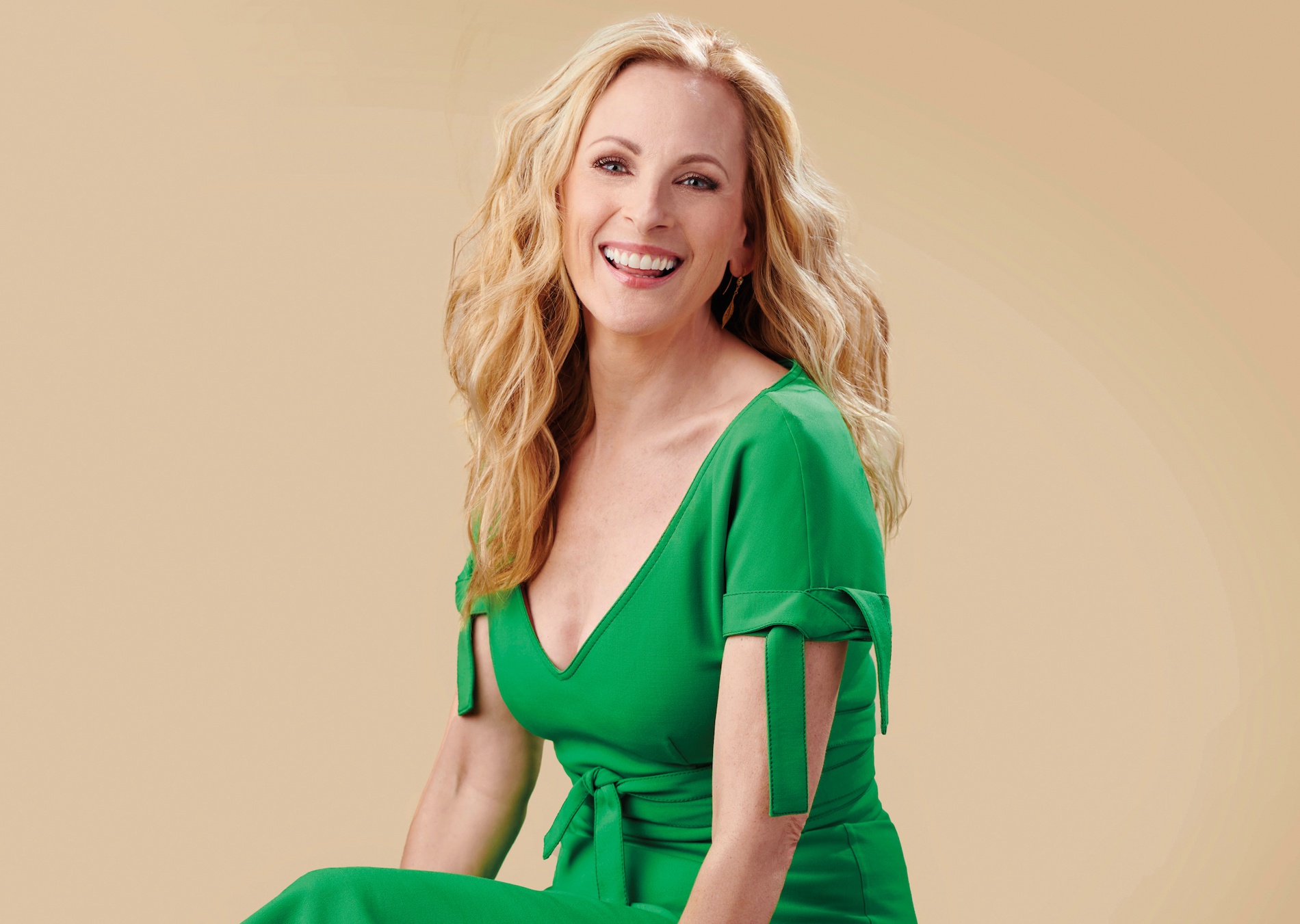 What goes into building a character for you?
I always ask questions; I always make sure to have an opportunity to speak with the writer. I speak to the actors, I speak with the director, I make sure that I’m always communicating, asking questions. I also want to let them know that I’m open to discussing what their vision is. And I also like to work with an ASL master, which is an ASL dialect coach, because sometimes signing is different for each character, almost like an accent. So ASL masters work with deaf actors to create those different signing styles.

Henry [Winkler] always told me [to] read [a script] like you would a book. Don’t think about anything in terms of characters or acting, just read it; enjoy it. And if it speaks to you, when you’re done, go back and look at it again and focus on the character you’ll be playing.

Tell us about your connection to Henry Winkler. How has he been a mentor to you?
Henry Winkler has always told me—and he’s been my mentor till this very day—he said to me, just do what’s right for yourself…. He is a gem, if I can use that word. I truly was fortunate to have met him at the age of 12. When he paid a visit to the Center on Deafness, the theater, we were putting on a small benefit of some sort. We invited Henry and his wife because they were in Chicago for his own benefit. And he accepted our invitation. Actually, to me, he was the most famous person in the world at the time. So, I, in typical Matlin fashion, went right up to him and introduced myself. And we became friends and we kept in touch all these years.

And [after] moving to California and just paying him a visit, they asked me to stay for the weekend. But instead of a weekend, I ended up living there for two years. And they’re telling me to clean my room!

How did you get your SAG-AFTRA card?
I got it right from “Children of a Lesser God.”

Looking back at that early career moment, what’s one thing you wish you’d known?
For me, I wish I had gone to college and gotten a degree in something so that it could help serve as a backup in case it didn’t work out. But it did work out for me! Obviously, right now, I’m not going to go back to school. But the school for me is on the set, learning is on the set. I continue to have conversations with people to try to open up my mind about all the different ways that I can look at things, how it is that I can expand just beyond being an actor.

Do you have any advice for aspiring producers?
I think the most important thing is to create a network of people who can mentor you, whom you could shadow, whom you could collaborate with. It’s important because this is a collaborative industry. You’ve got to get creative—not only yourself, but with others. And you can’t be shy about it. Just like you would, if you want to be an actor, go to acting school, you have to sort of go to the school of producing, which is being able to collaborate. It’s the same thing if you wanted to be a makeup artist, if you wanted to be a hair person. You have to collaborate with people who understand the craft and not be afraid to reach out.

What’s your No. 1 piece of audition advice for deaf performers?
When you’re in front of a casting director, they’ll want to see you sign if the role asks for ASL. So you need to have someone that is knowledgeable watching you. Make sure that they have done their work on their side of the business, not just somebody watching you and saying, “Oh, OK, I know a little sign language.” It’s not going to work that way. And for hearing actors who are called to use sign language, you need someone skilled in ASL—preferably a deaf person, it would be preferable if they were deaf, absolutely—who is skilled and watching you to make sure you’re signing properly. That’s part of the casting process, to be able to do it authentically. We need to have deaf eyes, deaf and disabled involvement in the casting process, in the audition process. And Hollywood needs a lot more work in that arena.

When you go into the audition, make sure you let them know that they should provide an interpreter. And if the role doesn’t call for you as a deaf actor to speak, the casting director should never ask a deaf person, “Can you speak?” Just for the hell of wanting to hear them. It’s very offensive. If a deaf actor speaks on their own, by their own choice, that’s their decision. It’s up to them.

Going off that, do you have a worst audition horror story? How often do you audition, anyway?
I don’t, really. I’ve auditioned only two or three times…. I [once met producers] that I thought were great and that the meeting went very well. And, in fact, I got the job and they hugged me and were like, “Great, we can’t wait to work with you.” And then I did my research for the character; it was a deaf judge on a television show. Not a hard-of-hearing deaf judge, we’re talking about a deaf judge. So I did my research before they made the final offer, about how this works, how deaf judges work in a courtroom. There wasn’t anything on Google. I talked to my friends in the legal field who are deaf; there’s just not a lot out there. So I called the producer, who was great at the first meeting. And I said, “Look, can we talk just a moment before we go forward with the show? We need to have an interpreter as a character in the courtroom, for me to be able to speak, for me to be able to understand what else is going on in my courtroom.” Because a deaf judge, of course—it’s my courtroom, I need to know what’s going on, I need to understand 110%. And everybody else needs to understand me through a sign language interpreter. Not 80%, not 70%. 100%. And he didn’t get it. The next thing you know, he took back the offer. That was my first experience with discrimination. It stung. Yet it did not stop me! But then I thought, If it happens to me, what happens to other actors who may not be as well-known as I am, who happen to be deaf? If it happened to me, it’s going to happen to them.

Have you ever done anything wild to book a role?
I don’t think I’ve ever done anything that crazy. But I’m always, always, always very proactive in talking to the producer or director. I just pick up the phone. Like with Aaron Sorkin, I called him and said, “I’m a fan of your show ‘Sports Night,’ and I’d love to work with you. And maybe we can do something in ‘Sports Night,’ because Josh Malina mentioned a character offscreen who happened to be deaf.” He was writing letters to his sister who was deaf, so maybe I could play that role. And he loved the idea, but the show was done. So then we met for lunch. Chinese food. And he looked at me and he said, “I have something for you, a show called ‘The West Wing.’ ” And then he just wrote a scene that day! So, I’m always happy to approach people, to be assertive, to talk to people...that’s the only way that I can make things happen.

Jack Smart
Jack Smart is the awards editor at Backstage, where he covers all things Emmy, SAG, Oscar, and Tony Awards. He also produces and hosts Backstage’s awards podcast “In the Envelope” and has interviewed some of the biggest stars of stage and screen.
END_OF_DOCUMENT_TOKEN_TO_BE_REPLACED