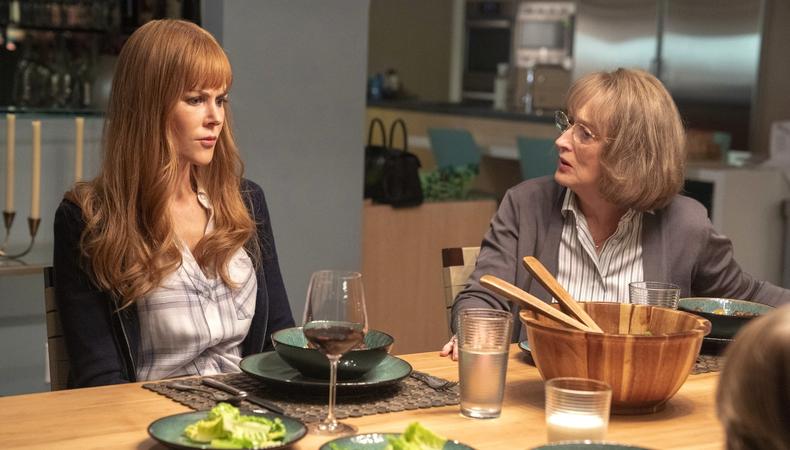 At long last, viewers get to reunite with their favorite Monterey, California women when the HBO sensation “Big Little Lies” returns for a much-anticipated second season June 9.

The surprise second outing will see Reese Witherspoon, Nicole Kidman, Shailene Woodley, Zoë Kravitz, Laura Dern, and the entire original principal cast (save for one notable and spoiler-laden exception) return—along with the addition of one major addition: Meryl Streep.

And as it turns out, Streep signed on to join the series without ever having read a script.

“[My agent] said, ‘There’s a part that they wrote with you in mind because they called her Mary Louise’—Mary Louise is my actual legal name,” Streep said at a panel event for the series in New York. “I said, ‘Yeah, I’ll do it.’ He said, ‘Don’t you want to read it?’ I said, ‘No.’ It was the greatest thing on TV. It really was, that first season.”

READ: The Acting Trick Laura Dern Picked Up in Airports

The moniker wasn’t entirely kismet happenstance, however. In fact, “BLL” author and series executive producer Liane Moriarty bestowed the character with that name because she wrote the part with a single actor in mind: Mary Louise Streep, of course.

“In the beginning, I thought it was my secret, hidden joke,” Moriarty tells the Hollywood Reporter. “I thought other people would know that it was her name, but it wasn’t until ages after I submitted it that I finally got a text from Per [Saari], one of the producers, saying, ‘Ah, I see. Very clever!’ And she just said yes. I don’t know how she feels about the character being named Mary Louise, but it was wonderful getting Meryl. I would have been sad to have had someone else play her.”

Perhaps there is a lesson to be extracted here, burgeoning creatives: When it comes to casting, always shoot for the stars—even when that star is Meryl.

Casey Mink
Casey Mink is the senior staff writer at Backstage. When she's not writing about television, film, or theater, she is definitely somewhere watching it.
END_OF_DOCUMENT_TOKEN_TO_BE_REPLACED