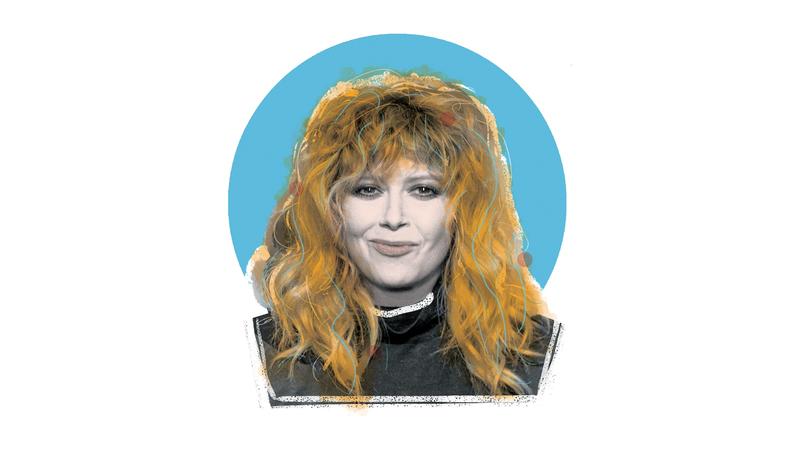 Natasha Lyonne has seen it all. A child actor since the 1980s who—after finding sobriety and facing her demons—has rightfully made her way to the top, she’s also one to offer some hard-earned life and career advice for the world’s fledgling talents, as evidenced by our Backstage 5 questionnaire below. We caught up with Lyonne the day after her 40th birthday party in her native New York City, which featured a screening of Martin Scorsese’s “The King of Comedy,” a film she thinks all actors should see (among many others).

How did you first get your SAG card, and what was the project?
That’s a great question. I was so little that I don’t know the answer to it. But I’m guessing it was probably “Pee-wee’s Playhouse.” I know I’d also done, like, 60 commercials prior to that. But I don’t think you get a SAG card from commercials, right? Like, for child actor commercials? Or maybe you would—I guess it just depends on if they’re union commercials or regional or something. You know the ’80s, you just gave someone an eight ball. I walked my little 5-year-old butt over to the SAG office and said, ‘Here’s your eight ball, can I get a card?’ It was the ’80s, baby! But I will say this: Shout out to fuckin’ SAG health care, because I will say that I’m definitely that actor who has really had enough serious dry spells in my career where I really needed that insurance. So, you know, pay your dues and stay current.

What is your worst audition horror story?
Oh, my God, I’ve had so many bad auditions. I don’t know that I really have any good auditions. I would get a breakdown for something that would be like, “She’s tough, she wears eyeliner, and she smokes.” And I'm like, “Oh, my God, I’ve got this one.” But just kidding, it’s actually an episode of “CSI” [and] there’s no way you’re getting it, because that means a supermodel in Miami who’s wearing some eyeliner, ya dumb-dumb. They’re not actually looking for Linda Manz in “Out of the Blue.” In many ways, there were so many rooms that I fought so hard [in], but as soon as I walked in, that job was already not mine. Sometimes it has nothing to do with how I do.

And yet, I can say to you that I’ve had so many bad auditions. I remember [my] early days of being a child actor and just weeping out of terror. To give you some indication of my childhood, nobody thought that was indicative of, “It’s time to go home.” They were just like, “She’ll do better tomorrow.” So I can remember those. I can remember [being] 11 or 12 and I just couldn’t cry on cue in the audition and it was just fuckin’ breaking my heart. I knew I had done it so good at home, and I just couldn’t get there, you know? And it was so shaming and I was so young. There’s also this other thing where I always thought that if I could just hold you hostage longer, maybe I’d have a better shot at getting a role, but that’s just not true. I think it’s actually often the opposite: The actor just comes in, does it, splits. I think sometimes I’m hoping that I’ll be able to seduce them into wanting to give me this job, and by seduce I just mean, like, “Well, here’s another anecdote! Like me personally!” I feel like I’ve also had so many failures that are just basic, and I’m sure a lot of women, and probably men, too, can relate.

What’s the craziest thing you’ve ever done to get a job?
I slept in the director’s front lawn to try and get the part as Catwoman. No, I didn’t; it wasn’t me! A crazy thing I did was when I was not very popular or trending in showbiz, and I got this call: “Jenji Kohan wants you to do the finale episode of ‘Weeds.’ ” I was like, “Holy shit!” Nobody was offering me anything, you know? I got there, and the role was, like, spray tanned, orange skin, big yellow hair, frosted lipstick, and a little leopard skintight dress. Jersey kind of trashy vibe. And while I was there, I got the script for “Orange Is the New Black,” which I can now see, of course, was all architected, that it was probably Jenji just checking to see if I was insurable, over my fuckin’ dark years, or what. Like, am I getting high on set? Anyway—so once I read the script in the trailer on “Weeds,” I went back to set and I started being like, “Hey, just so you know, I’ve also spent some time in prison.” I started essentially trying to let the producers know in a friendly, still-professional, healthy boundaries way that I actually related to some things [in the script], and don’t be confused by my spray tan for this role, I actually am also somebody who can play prison and has some firsthand experience. Of course, years later, it’s funny to them. At that point, it was public knowledge and I was working so little because my reputation was so bad for being such a troublemaker that it was very funny to them, I guess, that I was trying to gently let them know that I might be right for this thing when they’d clearly sent for me and hired me for this job to see if I was ready to be essentially offered this other thing.

READ: ‘Orange Is the New Black’ CD on How She Builds a Diverse Ensemble

What is one performance every actor should see and why?
It’s hard, you know? I mean, Sandra Bernhard [in] “King of Comedy” last night was pretty great. I would say, for me, it might be Giulietta Masina, “Nights of Cabiria,” or Gena Rowlands in “A Woman Under the Influence.” Or David Thewlis [in] “Naked.” It’s honestly just impossible because there are so many styles and it’s important to know them, you know what I mean? Like, De Niro’s evolution is pretty epic, but it doesn’t mean anything if you don’t know Peter Falk’s ease. And then Roy Scheider, who’s not, like, my favorite actor of all time or anything, but I think “All That Jazz” is one of the greatest performances of all time. Him as Bob Fosse in that movie is ridiculous.

What is one piece of advice you would give your younger self?
I think that the biggest shift that I’ve experienced in adulthood is acting is a bit of a setup, right? The setup is “I need your approval to let me know if I did OK.” So whether I’m coming to you as the person I’m memorizing my lines with, my representative, my director, the producer, the costume lady—let alone the audience [or] critics—I’m constantly, somehow, in a position where I’m asking your approval of my worthiness in a way that is so deeply unsustainable and torturous, you know? So in a way, the hard pains of growing up for me as now a writer, director, producer, have been understanding that I need to be the one signing off on it. People are asking me if it’s OK, and part of that is ‘Did I do OK?’ I have to be able to answer that question for myself now, whether I’m looking at the edit or whatever. Now I’m in rooms where I’m older than other people and I’m more experienced, so this idea of knowing the right balance of collaboration and self-worth, of not assuming that everybody knows better than I do…. Our specificity makes us ultimately ourselves. That’s enough. We get to self-dictate that we have an underlying worthiness just by virtue of existing. Once I can kind of understand that you don’t get to tell me who I am or what I’m worth, there’s a great freedom in there that ultimately frees me up to do even better work, be less afraid, and be a greater collaborator.

Benjamin Lindsay
Benjamin Lindsay is managing editor at Backstage, where if you’re reading it in our magazine, he’s written or edited it first. He’s also producer and host of a number of our digital interview series, including our inaugural on-camera segment, Backstage Live.
END_OF_DOCUMENT_TOKEN_TO_BE_REPLACED