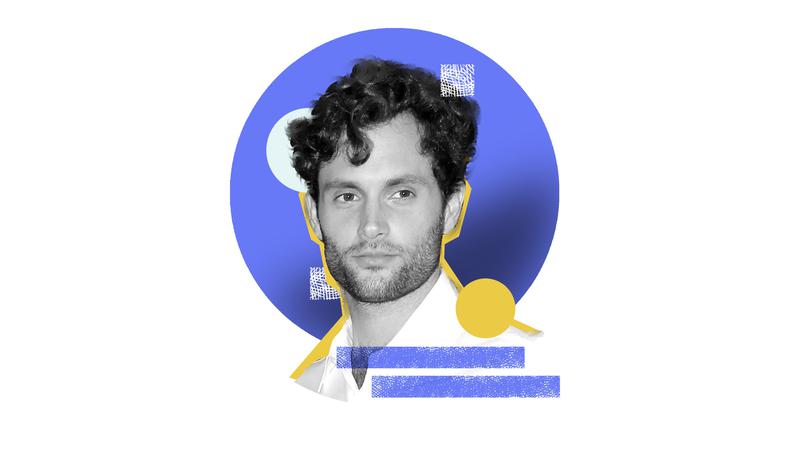 Penn Badgley was racking up acting credits for a decade before he became a household name on The CW’s “Gossip Girl” in 2007. He spent six seasons playing Dan Humphrey, the Brooklynite outsider who ended the series with a big reveal. Once the show ended, Badgley spent his free time working in film and branching into territory much less familiar to audiences, including indie projects in a range of genres.

In 2018, Badgley made his return to TV leading man in the romantic thriller “You,” which originally premiered on Lifetime before its discovery on Netflix launched the show into viral territory. The streamer picked it up for Season 2, where Badgley’s stalker Joe Goldberg left New York for Los Angeles, found a new object of affection, and learned that his well-laid plans very rarely go off without a hitch. The actor has made it clear that the character should not inspire attraction in the show’s viewers, but craft-wise, at least, he has gleaned some positive takeaways from his turn as a killer bookworm.

How did you get your SAG-AFTRA card?
You need two jobs, right? So I think the first one, I know my first speaking role was “Will and Grace.” I wonder if I had SAG before. Keep in mind I was 12 years old...this is a long time ago. I might have been SAG-eligible in Washington state before I came to Los Angeles. And then the job that got me my SAG card was “Will and Grace.”

Is that what you would consider your “big break?”
I think that term big break is actually extremely problematic because it never happens like that, I mean, it very rarely happens that way. It’s often a very steady, steady push. Nobody knew who I was until “Gossip Girl” and I was 20 years old. At that point, I’d been doing it professionally for 10 years, you know? So I think big break in and of itself is sort of a myth. But again, the thing that got me my SAG card, which again was a five lines, did it change my life? No, but it was one step.

What is your audition horror story?
Most auditions, frankly. I hate auditioning. It is a really hard process that I don’t think has as much to do with acting as it has to do with the audition. I won’t name the show, but I do remember I was probably 13 or 14 and it was a callback for a series, just a guest spot. It was one of these shows that has a lot of magical kind of stuff happening in it. It was quite hard to believe, right? So in the moment, my character was meant to be in disbelief and I meant to like stutter, to express that disbelief. I think I struggled with the line and gave a really bad read of it. One of the young writers in the room, who was young but an adult, and keep in mind, I was like 13 years old, the writer actually snickered and laughed at my reading. I remember in the room just being so humiliated and also thinking, You’re laughing at a child and also, the line is problematic. Sorry that I can’t bring this ridiculous thing to life. That was my feeling at the end.

“Let go of any vanity—unless the character has vanity.”

Have you ever done anything wild to get a part?
If you think about it, even a very successful actor only books relatively few roles from auditions. Very few. The percentage is actually terrible. If anybody else had that kind of a failure rate they’d feel like an actual failure. There’s really only one thing that comes to mind. The audition I had for a movie called “Greetings from Tim Buckley.” I did something in the audition room that I also did in the movie, which apparently no one else did in the audition process. In the script it said the character does a 60-second sonic compression impression of the entire length of Led Zeppelin’s album “III.” Which is like, okay, what is that? In this movie I’m playing Jeff Buckley; he’s a person who could do something like that, but the whole reason that Jeff Buckley is Jeff Buckley is because only Jeff Buckley can do that.

So I remember reading the script and having just enough of a grasp of Jeff at that point, because he was a musician who I loved. I did what I could and as far as I understand, what the director, Dan Algrant, tells me and the casting director, I think that’s what got me in the role, because I literally was the only person who even tried. I think everybody else was like, Obviously I’m not going to do that part, right? And I think the casting director was always like, No, we won’t do that now. But I did it. And I remember even when I suggested doing it in the room, the casting director finished the scene and I said, “But there’s this part here, don’t you want me to do that? And she looked at me like, Sure if you want to try it. I did basically the only thing I knew how to do and its essentially what you see in the movie. So that’s definitely going above and beyond because often an audition room, you’re very limited. It really ended with me sort of collapsing on the floor and whaling in this extremely high falsetto.

What advice would you give your younger self?
It’s a hard question to actually answer, as much as it’s relevant that people who are just starting out now, I think first of all, it’s a very different business. It’s a very different landscape. The advice I would give to any young actor, and I would include myself in this, is don’t let the conventions and the desires of the industry and the people you are auditioning for become the thing you’re most concerned with. Don’t let the limitations of the industry become limitations for your expression as an artist and as an actor. 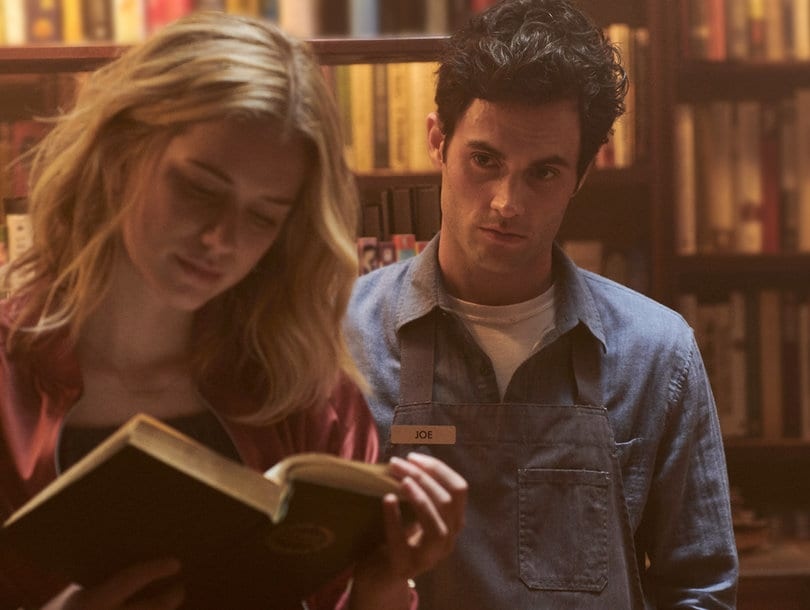 What Actors Can Learn From Penn Badgley’s ‘You’ Character

What would you say is a performance every actor should see and why?
I gotta be honest. I don’t even know that that really exists. Are there great performances? Yeah, sure. But we have to think about what the world is going through right now and how we must recognize how limited the representation of people has been in Hollywood. So to suggest that all people should watch this performance by this one person who’s by chance probably a white man—fuck that. I do not subscribe to that at all. I never have. There are probably a lot of actors who would disagree with me because of the form and convention around training and stuff. But I actually really, really don’t subscribe to that notion. So that’s kind of a heavy answer. I think if humanity has got a shot, which of course we do, the best performances are yet to be seen.

What has playing Joe added to your acting skills?
Playing Joe just means that I have to listen and I have to love to listen, which is a good skill, no matter what you’re doing. I think something that I seem to be known for now is being able to remain quite silent on camera for a long time. It’s a tool that I’m glad I’m sharpening.

Elyse Roth
Elyse is a senior editor at Backstage, where she oversees all casting news and features content, including her weekly casting director Q&A series, In the Room. She came to New York from Ohio by way of Northwestern University, where she studied journalism, and now lives in Brooklyn. She might see and write about awards-worthy films, but Elyse still thinks “Legally Blonde” is a perfect movie and on any given night is probably taking in some kind of entertainment, whether it’s comedy, theater, ballet, or figuring out what show to binge next.
END_OF_DOCUMENT_TOKEN_TO_BE_REPLACED