How Do the Producers, Writers, & Directors Guilds Affect Oscar Results? 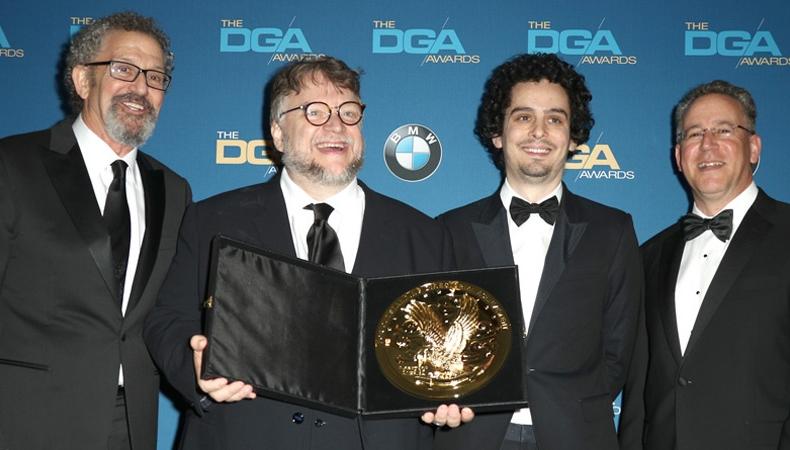 In the annual ramp-up to the Academy Awards, Hollywood’s union members gather to crown the best of the filmmaking best. All three major guilds—the Producers Guild of America, Writers Guild of America, and Directors Guild of America—are comprised of professionals in their fields and have their own awards that are deeply tethered to film awards season’s final and most recognizable accolades.

And with shared voting bodies and announcements making noise in early January, each of these guilds’ awards are Oscar bellwethers in their own right. But what exactly do these awards mean each year when it comes to Academy Award results? Let’s check out the recent history of each award show, and their respective accolades.

RELATED: Does a SAG Award Lead to Oscar Gold?

Let’s start with the Producers Guild of America. Comprised of over 7500 members, the awards began in 1990 under the name the Golden Laurels. The Darryl F. Zanuck Award for Outstanding Producer of Theatrical Motion Pictures has a pretty astounding track record, with 20 out of the 29 films going on to win the Oscar for Best Picture. If this year follows trends, Universal Pictures’ “Green Book” will take home the category—although the two years prior proved out of step from the Academy, with “La La Land” and “The Big Short” receiving the PGA’s top honors while “Moonlight” and “Spotlight” won the Oscar, respectively. (Read about the 2019 PGA Awards here.)

The Writers Guild of America’s Awards have been handed out by the WGA East and WGA West since 1949. The Oscar connection in this case is actually two awards: Best Adapted Screenplay and Best Original Screenplay, which give WGA voters twice the chance to land an Oscar parallel. Over the last 10 years and across the two categories, the WGA Awards and the Oscars have shared 14 winners, including last year with James Ivory for “Call Me by Your Name” and Jordan Peele for “Get Out,” who won those respective WGA honors. The Academy’s category usually shares a strong connection with the WGAs. Over the last 10 years, six of the Academy’s Best Picture winners were also WGA winners, including 2017 and 2016 winners, “Moonlight” and “Spotlight.” However, this year, neither WGA winners “Eighth Grade” and “Can You Ever Forgive Me?” are nominated for the Academy’s top prize. (Check out the 2019 WGA Awards here).

The Directors Guild of America Awards have shared winners with the Academy Award for Best Direction eight times over the past decade. Also over the last 10 years, only one DGA winner wasn’t nominated for the Academy Award for Best Direction—“Argo”—which did go on to win the Oscar for Best Picture. This is decent indicator for this year’s winner, Alfonso Cuarón’s Netflix “Roma,” but not necessarily great odds for its Best Picture chances, with only six of the last 10 DGA winners going on to win the Best Picture award. See more on the 2019 DGA Awards here.)

Will these Guilds’ winners carry their success over to the Academy come Feb. 24? Stay tuned with Backstage’s awards coverage to find out!

This article was originally published on Feb. 21, 2018. It has since been updated.