Want to Make Films Like the Safdie Brothers? They’ve Got Some Advice 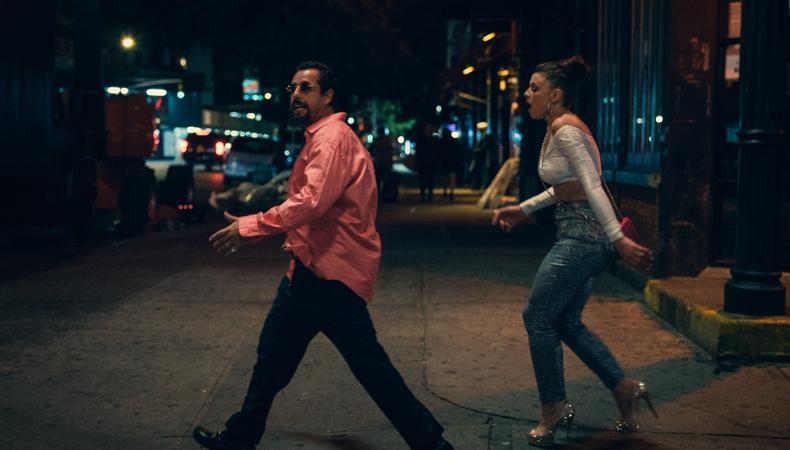 Benny and Josh Safdie—the Safdie brothers, as they’re known professionally—were struck with inspiration for their A24 thriller “Uncut Gems” like a ton of bricks, drawing on their own father’s stint in the jewelry business. All they had to do to get the film made was wait 10 years and make five other films first.

“We really weren’t ready to make that movie yet,” Benny recalls. “We had to learn new things from making a documentary [‘Lenny Cooke’], then we made a side movie with Arielle Holmes about her life [‘Heaven Knows What’]. We learned things about our style and the ideas of storytelling. The basis of the world of [‘Uncut Gems’] was there, and as we got older—even though we’re still young—we learned new things that we used to make it better and to grow it.”

READ: Adam Sandler Is Not Here to Make You Laugh in ‘Uncut Gems’

Fortified experience was of course necessary to make the best version of this film, which the brothers co-wrote and co-directed and which (arguably) features Adam Sandler’s career-best dramatic performance. But they also needed that experience as proof of their proverbial chops—that they as emerging filmmakers would be able to keep up in the big leagues.

“We didn’t have the right to make this movie until we earned our stripes,” Josh admits. “The overall subject matter of the film demanded a certain budget; it’s an expensive world! We knew that we needed to earn our place, and we knew the talent we were going to have to shepherd was going to be grade-A talent.”

Again, the brothers were under no delusions about the work they’d need to put in to make their wildest dreams a little less wild. Enter Sandler. “Howard is somebody who does some bad things, but we knew he had to be lovable, that you had to root for him,” says Benny, speaking about Sandler’s swindling protagonist. “From the beginning, we always wanted Sandler, and when we asked for him, it was after our first movie. Of course we weren’t going to get to him. We were nobodies. So, we made movies. We eventually got to the point where he saw ‘Good Time’ and loved it, and then it was like, ‘Let’s do this.’ ”

READ: How to Cast Your Indie

Along with Sandler, the cast includes a mish mash of misfits as you’ve never seen them before, including NBA star Kevin Garnett, rapper the Weeknd, and Broadway star Idina Menzel. The Safdies insist, however, that casting against type for the sake of shock value is perilous for both the actor and the broader integrity of the piece.

“If you’re making decisions like that, you’re in trouble because that’s a contrarian decision; it’s not coming from a sincere place,” Benny warns. “The big thing becomes: Can you see the character within the actor and can they pull from their real lives to bring something new to the character? And that collaborative effort is what we look for in casting. Take Idina Menzel; I didn’t know her work going into the film, and then we met with her and realized immediately: This person is not who I originally would’ve seen, but this is the only person who can play the role.”

To ensure the film was as seeped in New York’s ethos as a dripping dollar pizza slice, the brothers scrupulously cast every face seen onscreen, from principals to background. Not coincidentally, their advice to harness authenticity as an actor is similar Big Apple bluster.

“The best practice for an actor to create any character is just go into the public and be that character,” Josh advises. “Maybe do a little costume design, go out, and be them, because the stakes of real life are bigger and better and harsher than any on set. If someone thinks you are faking a personality, the failure isn’t a bad review, the failure is getting punched in the face.”

Josh readily admits he’s as vulnerable to insincerity behind the camera as actors are in front of it, something he and his brother have only been able to sniff out and dispel through watching and making and repeating.

“It took years of imitating and doing garbage as a young person until I stumbled upon something that spoke to me in an ineffable way,” he says. “All of a sudden, I found the way I want to speak, and I’m still figuring it out. First, you need the language, but a bigger part is knowing what you are into, what makes you feel, and trying to figure out the cinematic equivalent of it. What are those little moments in film that speak to you that might not even be what the movie is about? And, you know what? Live life and follow your interests and don’t do things just because you have to. Don’t be a careerist about it.”

Prioritizing life experience over career posturing is exactly what has led the Safdies to “Uncut Gems,” which, ironically, is their biggest career achievement to date. There’s only one downside to their minted status as rising auteurs.

“[The film] became its own point of reference within our own lives over the years. When something exists for so long in your life, it becomes a magnet that has drawn all those little shavings of metals to it,” says Benny. “The scary thing for us going forward is [thinking], Wait a second, now do we have to spend 10 years on every film we make?”

Casey Mink
Casey Mink is the senior staff writer at Backstage. When she's not writing about television, film, or theater, she is definitely somewhere watching it.
END_OF_DOCUMENT_TOKEN_TO_BE_REPLACED