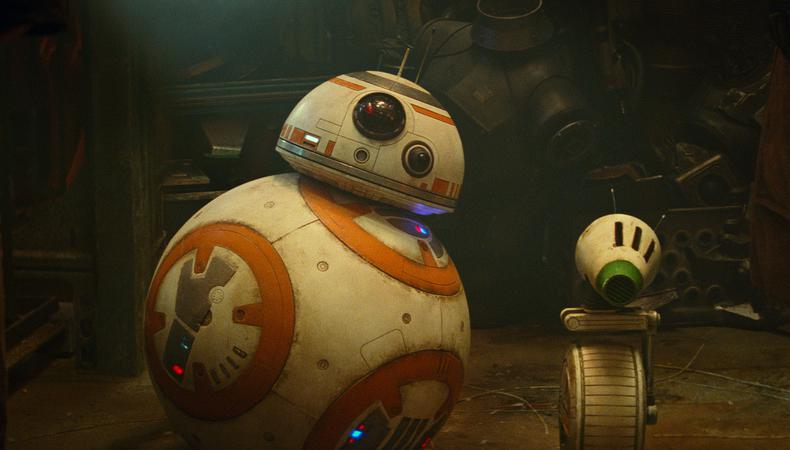 From the introduction of BB-8 in “Star Wars: The Force Awakens” to the unforgettable Babu Frik in “Star Wars: The Rise of Skywalker,” science fiction fans have received an embarrassment of riches lately when it comes to creatures. But how did the spectacular creations of the sequel trilogy come to life? It was thanks creature and special effects makeup supervisor Neal Scanlan, and his team.

Though his most recent work is definitely part of a galaxy far, far away—including “Rogue One” and “Solo”—he was also a founding member of the Jim Henson Creature Shop, where he worked on films like “Babe,” “The English Patient,” and the original live-action “Teenage Mutant Ninja Turtles.” He was also involved with other marquee films like “Labyrinth,” “Little Shop of Horrors,” and “Jurassic World: Fallen Kingdom.”

His creatures and special effects makeup have captured the imaginations of viewers for years, but how exactly do they go from concept to interacting with actors? Scanlan spoke with Backstage about working on “Star Wars,” what a day on set is like, and his advice for anyone who wants to bring unforgettable creatures to life.

What was it like working on “Star Wars: The Rise of Skywalker”?
It was extraordinary in the sense that J.J. [Abrams] was returning so it was a time to work with the director we worked with on the first film and it was great to work with him a second time around. We got to know each other creatively on the first film and understood the aspirations of the director so to come into a second time around it felt like “OK, we’ve got some confidence now. We know a little more about where we’re going. We don’t need to spend so much time thinking about how to do things. We can spend more time just doing them in a sense.”

We put our hearts and souls into what we did in every single sense. The whole crew worked so hard, and my crew specifically worked hard. We don’t know how long something is going to be on the screen and we don’t know how J.J. will shoot it so we built everything the best possible way we could to give him the best possible opportunities. We knew it was the last one so we threw ourselves into it with everything we had. We were completely and utterly shattered by the end of it. 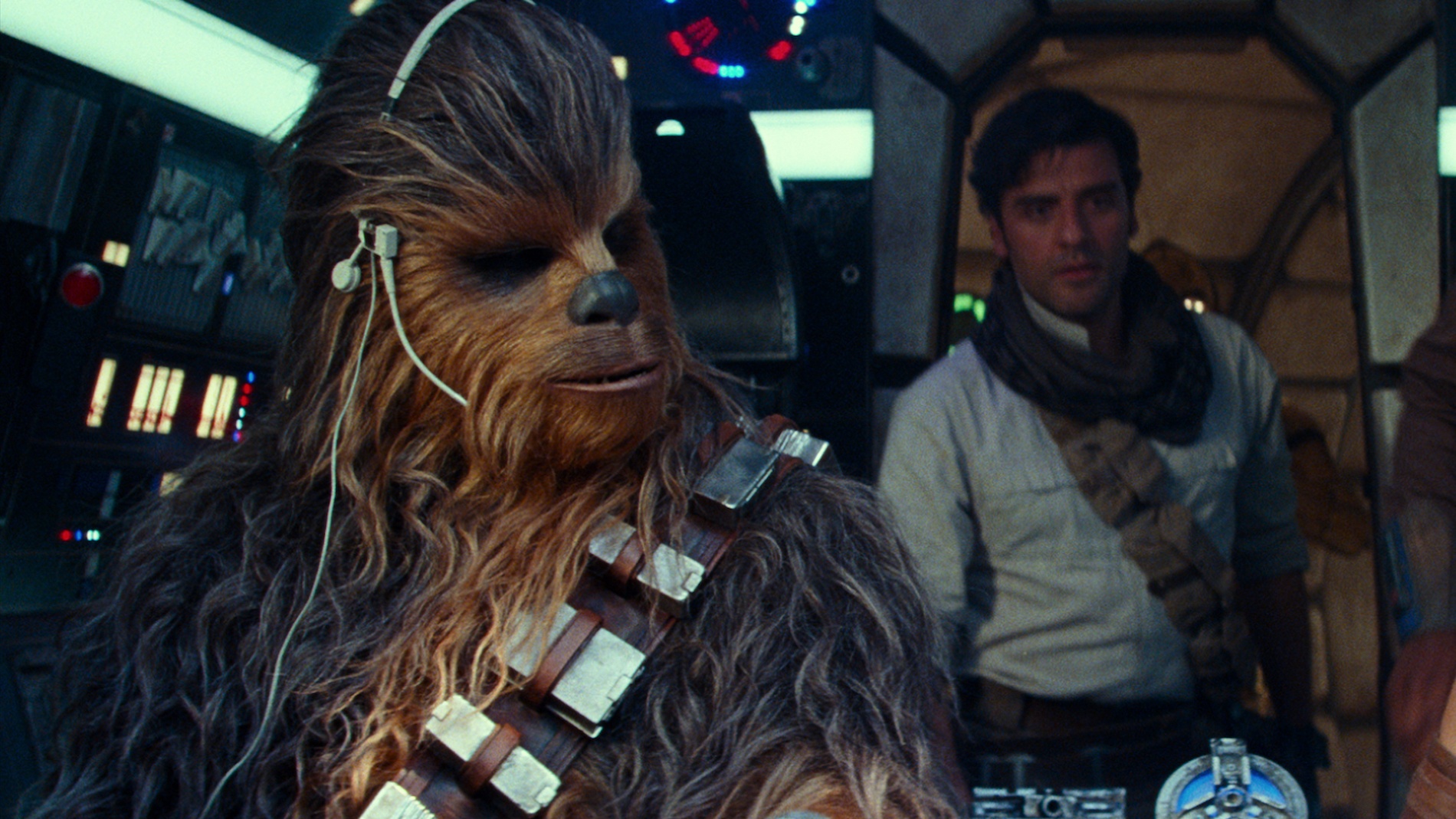 What does a creature and SFX makeup supervisor do?
We get involved with the film very early on when the script is in development, essentially pre-production or maybe pre-pre-production. [The] idea is to try to get inside the director’s vision for the movie. Are we going to go with this idea or this one? It’s all very free and very blue sky. The idea is to start to sketch concepts of not just the creatures but maybe the environment they’re in and generally get a sense of what the tone of the movie might be.

As we get closer to pre-production or in pre-production, we focus that and make some concrete decisions on which creatures we’re going to use and how. We then move into making full-size sculptures and then take it through what is essentially a manufacturing process where we end up with a performable puppet or suit or makeup ready for application. Then, I head up the team of crew members and puppeteers.

What is a typical day like for you on set?
On an average day, we might be shooting more than one thing. Sometimes when you’re shooting a scene, your whole day is focused on that but quite often, you’re shooting more than one thing. It’s all about making sure your crew is organized and ready to go. That the characters or puppets we’re shooting are on set and everything is green-lit, ready to go. Then it’s very much a case of working with the director and the team of technicians and puppeteers on a shot-by-shot basis. I’m the communicative link between what J.J. may want and interpreting that and guiding my crew through the process.

There needs to be one focal point, a [conductor], somebody who people come to, to ask the right questions, for guidance or decision making, and also someone to help choreograph and make sure we get the things that we need. There’s the pressure of getting the shot and making sure we get the best performance or the best possible look. Making sure it looks right, making sure it’s got all the dressing and all the things on it, which may be one character or 30 characters. The number doesn’t really matter.

At the same time, getting ready for the next shot that’s coming up so the crew who are responsible for that know what they’re doing...It’s mayhem. It’s madness. It’s all coordinated. It’s fun and adrenaline-filled. It’s like putting on a live show, even though we’re filming. It still has the same sort of vibe about it. That’s what my job is, to make sure we get through each day without any hiccups: that we don’t hold up shooting in any way and no one gets hurt and nothing’s forgotten and we get on film what we intended to get on film and hopefully more.

How does your work impact actors and what are your interactions with actors on set like?
We try to take our characters onto set. We rehearse everything. Whatever character it is, whether a person in a costume or a puppet, we spend several days rehearsing so when we come onto the set, the puppeteers and the people responsible for bringing it to life are almost invisible to the actors because what we want the cast and director to do is treat our entity as just another one of them.

Let’s say we’re on set with BB-8 and BB-8 rolls in, beeps, and Rey reacts a certain way. The puppeteers responsible for bringing BB-8 to life can hear what she’s saying. We hear the director’s comments and directions, and so hopefully before long what happens is [Daisy Ridley] and J.J. are having conversations not with the puppeteers but with BB-8. They’re just talking to BB-8 like, “why don’t you come in and do this or that” because they know that the people who are responsible for making that happen can also hear them. If we see that Daisy wants to do something different, we can respond and if there are any problems or confusion, that’s when I normally step in because I’m on the outside looking in and can get us back on track. It’s a role in which you require some sense of knowing when to get involved or when not to, and when to let the organic process of filmmaking take its own pace. 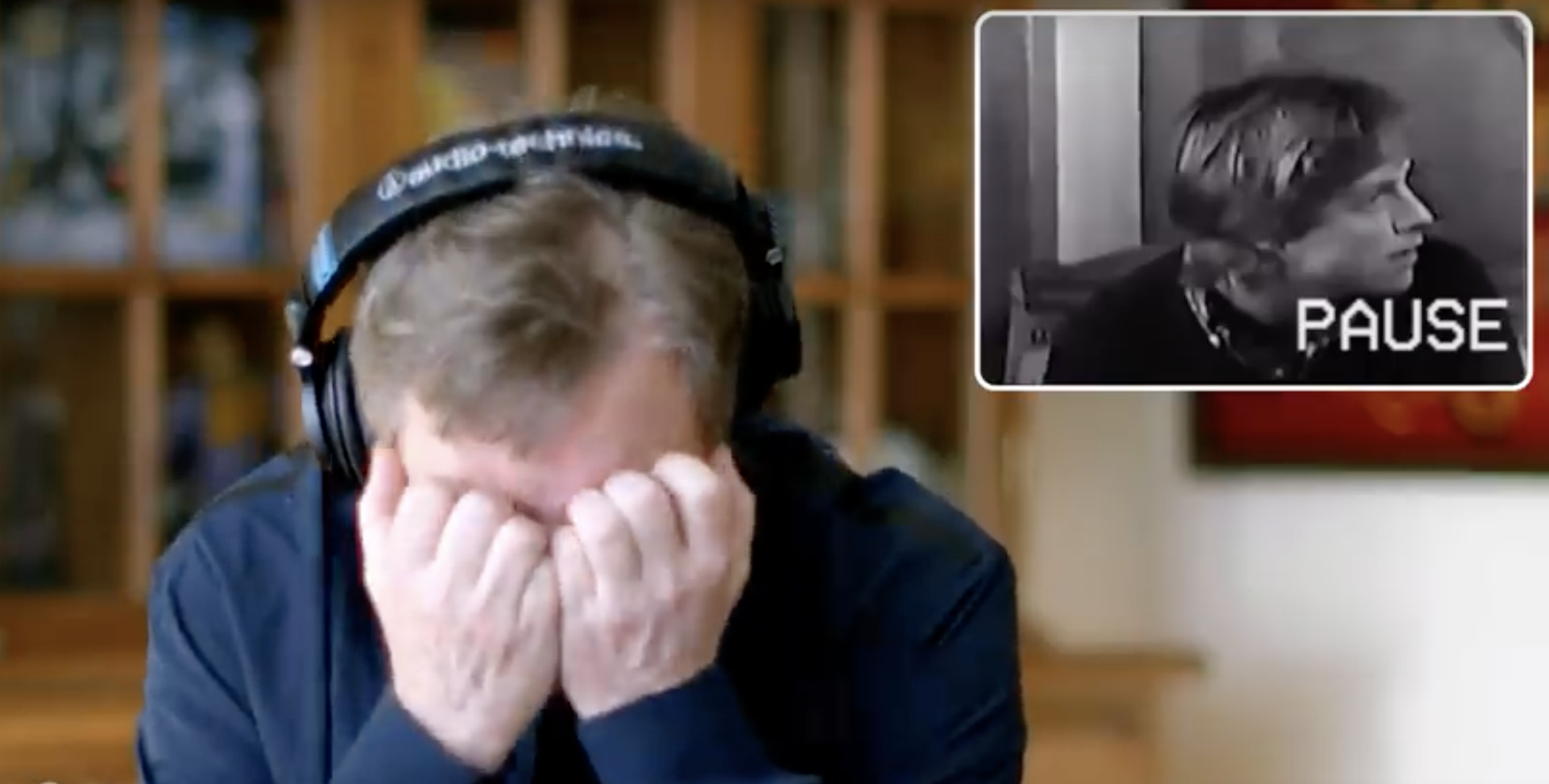 What advice would you give someone looking to get into your line of work?
Your heart just has to be in it. If you really want to do what you want to do, more than anything, and you have a love for what you want to do, you will find a way. People say do this or that, but there’s no absolute way of getting involved in any aspect of a subject matter you’re interested in. What I do know is if you’re passionate about that subject and you feel you have something to give, it will find you as you find it. Also, be persistent and relentless in pursuing it, and be sensitive to those and the world around you. It's all of those things.

You have to be willing to change and reinvent yourself. You need to always be authentic to yourself, but you also need to realize that working in this industry, you work closely with a lot of people so people skills are very important. All of those things. In order to pursue something that you love, you also need to pursue all of the other things around it and be aware that they’re all part of that magic mix that makes you able to do what you want to do. It’s the sum total of who you are, not just what you are as an artist that’s important.

Is there one thing you wish everyone knew about your work?
That it’s real. That we make it. It’s made by people, for people. That’s what I hope everyone knows about what we do. It’s lots of people who all have incredible unique talents crafting something to hopefully entertain.

“Star Wars: The Rise of Skywalker” is now available in 4K Ultra HD, Blu-ray, and DVD.