The “Genius: Aretha” showrunner would like you to remember: “Black women are also in the genius category”

Firsts don’t intimidate Suzan-Lori Parks. She is, of course, the first Black woman to ever win a Pulitzer Prize for drama, in 2002 for her play “Topdog/Underdog.” This year, she adds first-time television showrunner to her résumé, helming the third season of National Geographic’s “Genius” anthology series, this time centered on Aretha Franklin. 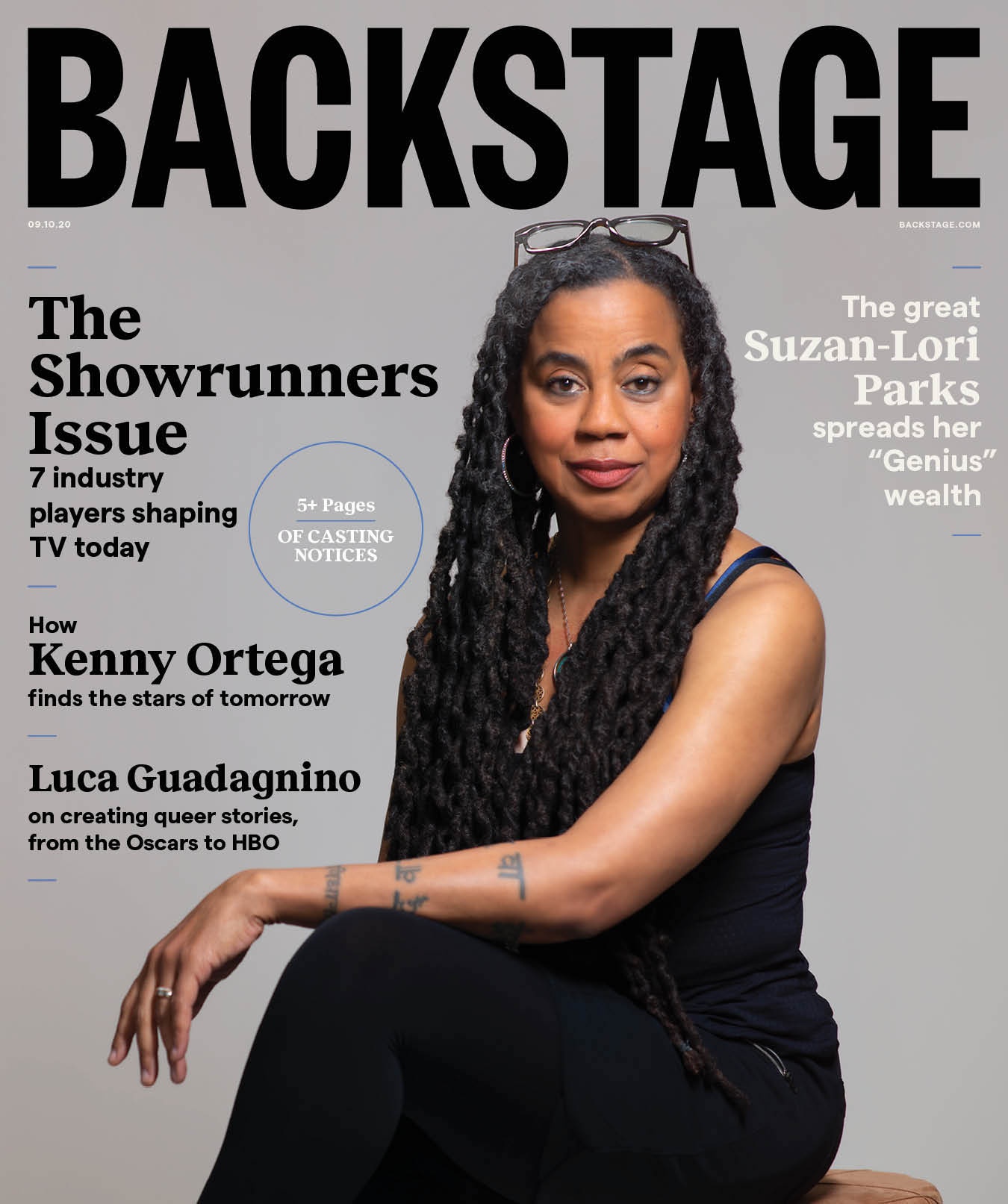 “And like Aretha Franklin, I try new things,” Parks says.

But the writer’s tenacity was evident long before “Genius” or her celebrated playwriting career, spanning, among other works, “Venus,” “In the Blood,” and “Fucking A”; before James Baldwin, who taught her in college, told her she would become “one of the most valuable artists of our time.” (“I didn’t have the heart to prove him wrong,” she recalls.)

Parks’ approach to storytelling—and to each day, really—was cemented back when she was in kindergarten in West Texas. “I got perfect attendance, and they gave me a little framed certificate: ‘Suzan-Lori Parks: perfect attendance,’ ” she remembers. “And I was like, ‘Yeah, that’s my thing! I’m just gonna keep showing up.’ As a writer, I believe in two things: listening and showing up for the work.”

She has continued the practice ever since. Take, for example, her play cycle “365 Days/365 Plays,” derived from the year in which she wrote a play every single day, simply to prove that she could. And though Parks won’t be scared away from doing something just because she hasn’t done it before, she is also woman enough to admit that she didn’t necessarily arrive on the job knowing how to do it. She’s written plenty for television, including adaptations of Zora Neale Hurston’s “Their Eyes Were Watching God” and Richard Wright’s “Native Son” for ABC and HBO, respectively.

But in some ways, showrunning proved to be a whole different ballgame. “We are creating a beautiful show with ‘Genius: Aretha.’ Is it easy? Fuck no,” Parks says of the series, which stars Oscar nominee Cynthia Erivo as the musical powerhouse and is coming soon to the small screen after being delayed due to the coronavirus. Speaking on a summer’s day in tangential, energetic spurts, it isn’t hard to tell (even over Zoom) why Parks takes so naturally to storytelling. “One of my mantras is: There are a million ways to the finish line—just pick one.” 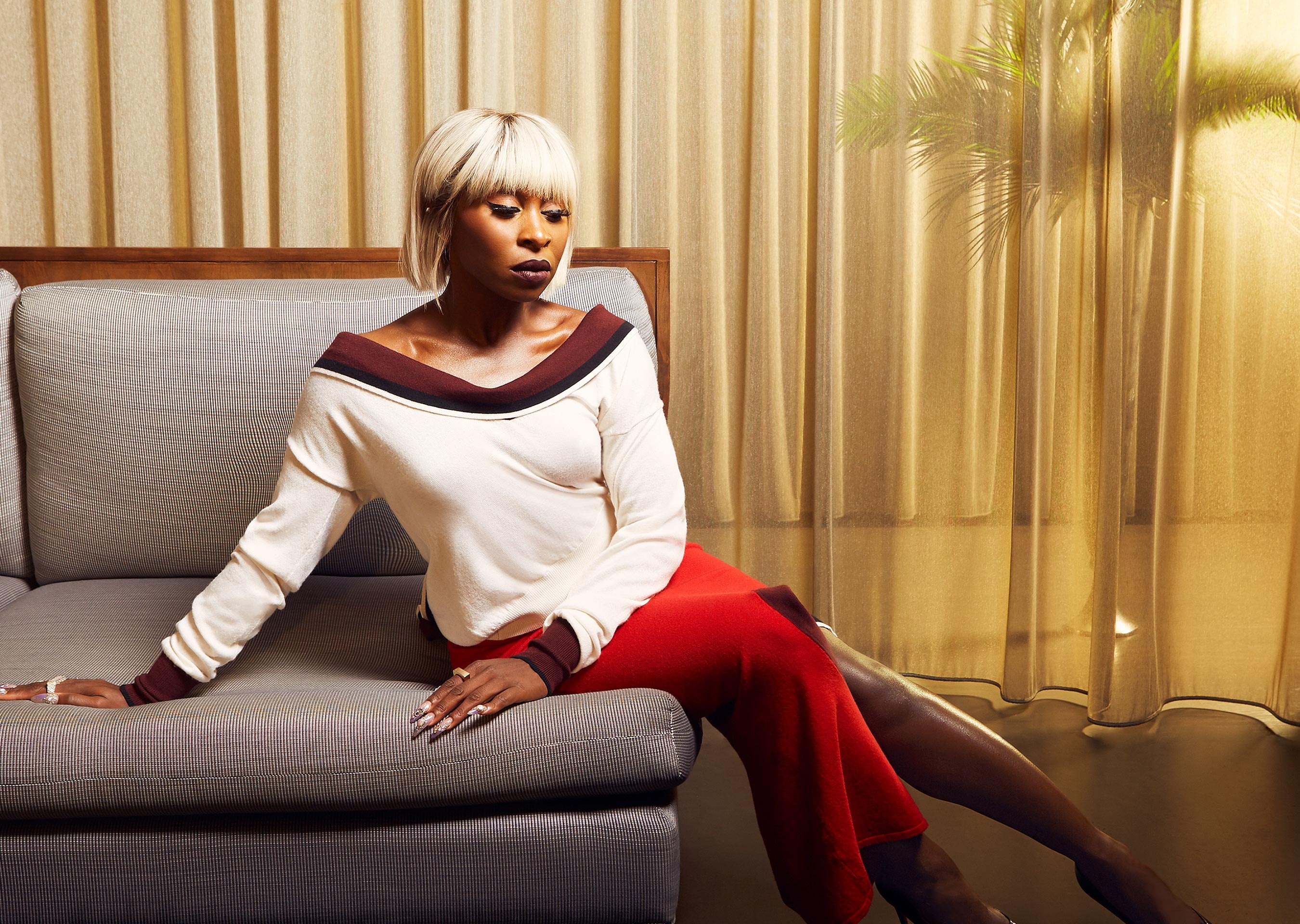 Another of her mantras, which she did not generate for showrunning, specifically, but she may as well have, is: “Notes always make it better.” “Notes,” in showbiz vernacular, are suggestions from higher-ups. (Well, they are sometimes suggestions, sometimes requests, and many times just demands phrased as a question for courtesy’s sake.) Regardless of the format in which they’re delivered, they are hardly a part of the process relished by creative teams. 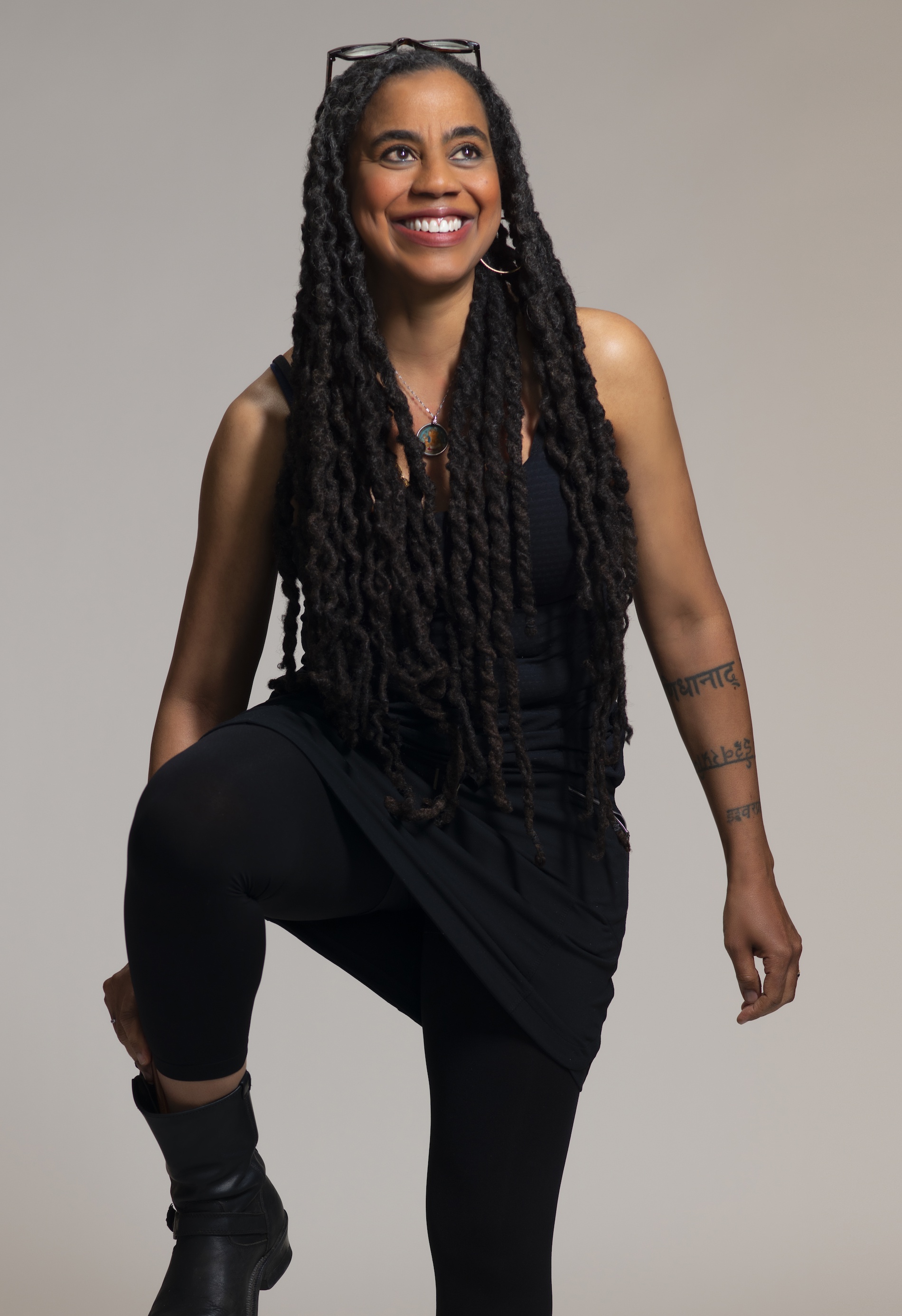 “I’m not saying tears haven’t been shed, like, ‘Boo-hoo! They didn’t like that moment,’ ” Parks says. “Oh, all the time, even in a play: ‘The play’s too damn long! Wah! Cut that big monologue! Wah!’ Same with a film script; many fits have been pitched, that kind of shit. But at the end of the day, if I believe in my core that the notes—or the way I take the notes—are going to make it better, then that gives me a path for success.”

Asked whether that very Zen mentality was learned throughout her career or if it comes naturally, she pauses for just a moment.

“Part of it is called: Black woman living in America. Am I gonna let every fucking thing that happens in this fucking country fuck me up?” she asks, nailing every consonant like a hammer. “Or am I gonna keep on keeping on some way, somehow, ain’t nobody gonna turn me around?”

Fortunately, on “Genius,” one voice overrides all others—the one belonging to the Queen of Soul—and Parks tried more than anything to simply listen to it. “I’m like, ‘Sister, show me the way,’ ” she says. And executive producers Ron Howard and Brian Grazer—the latter of whom first reached out to Parks about the project via FaceTime (“His hair, as always, was standing on end because he’s just that excited about life, and he said, ‘You wanna showrun it?’ ”)—trusted Parks to lead the troops. “They’re like, ‘We want you to fly the plane and land the plane.’ I’m like, ‘Wow, this is fucking cool.’ That’s the fun thing about showrunning: I get to have a say in all the aspects of what it is that we’re making, which is really beautiful.”

READ: Keegan-Michael Key on the Science of Writing

In addition to creative agency, another aspect of showrunning this series that Parks calls beautiful is the chance to expand the knee-jerk definition of “genius”—both who has it and what they look like. Seasons 1 and 2 of the series focused on Albert Einstein and Pablo Picasso, respectively, both of whom certainly fit the “genius” bill but do little to defy cultural precedent. In other words, “Genius isn’t just a white man in their study, shuttered away from the world.”

“To be a great writer or a great craftsperson, it’s a combination of the passion, the drive, and technique. Every comma gets sweated over, every beat.”

The way Parks sees it, a genius is also someone whose work transcends barriers and can serve as a cross-cultural unifier. “We get to show that Aretha Franklin’s a genius and that Black women are also in the genius category. And that, for today, is something people ought to start penciling into their personal dictionary,” she says. “Because genius is not only a singular quality; it’s also the ability to bring different peoples together. The mindset and the spirit you have to have to unite different peoples is amazing.” 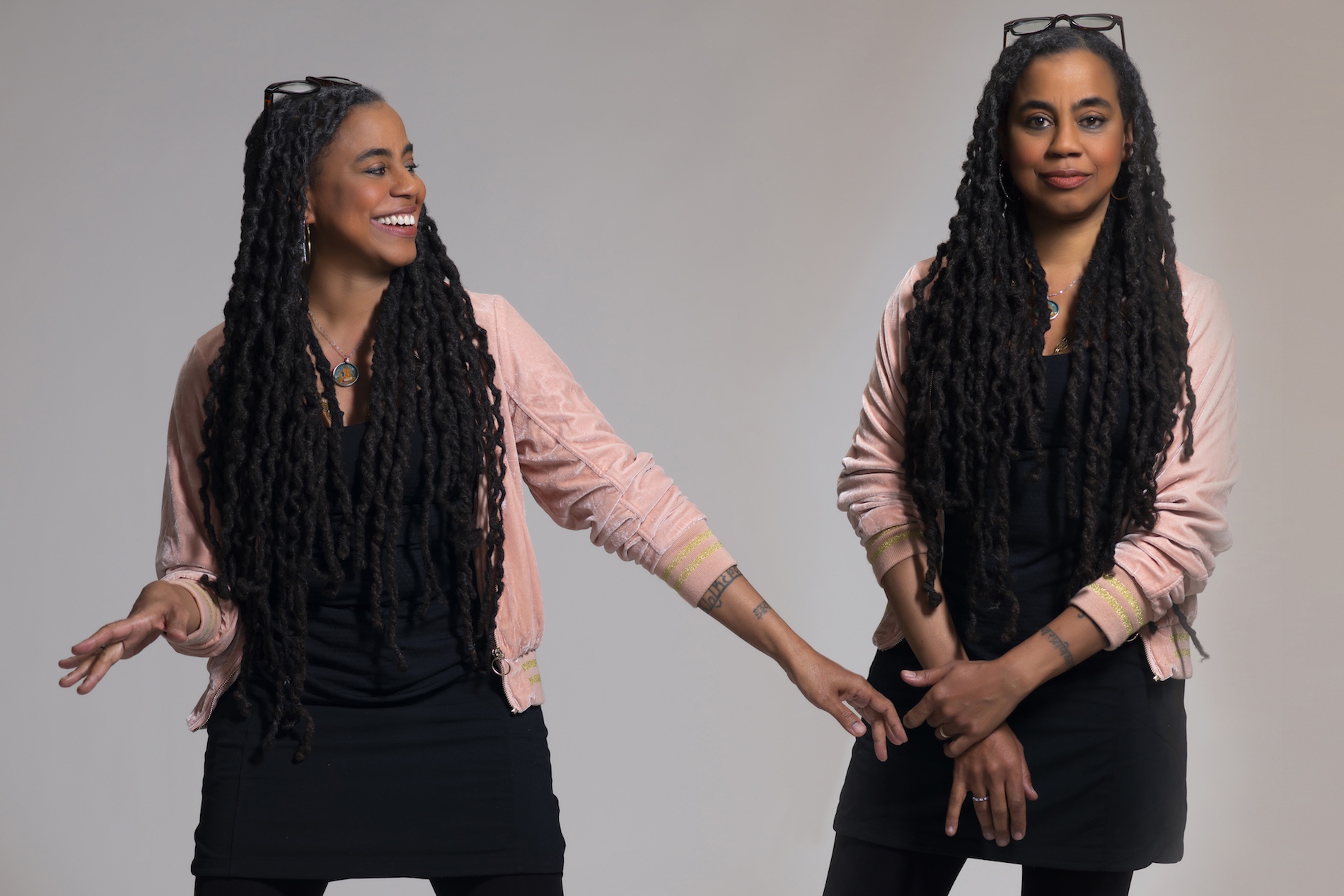 By that definition, Parks is unequivocally a genius herself. (She is by many other definitions, too, including that of the MacArthur Foundation, which named her one of its “Genius” Grant recipients in 2001.) Her own ability to commune with others through her work can, at least in part, be traced to her nomadic origins. Growing up in a military family, she spent her early life moving throughout the U.S., as well as spending a brief stint in Germany. She eventually made her way to Mount Holyoke College in South Hadley, Massachusetts, where, at first, she resisted playwriting. Enter Baldwin.

She cites the celebrated writer-activist’s appraisal of her work—that grand assurance that she’d be one of the greatest creative minds of her generation—as the best feedback she’s ever received. “Unfortunately, it would’ve crushed most writers,” she says. “Would I give that to a writer today? No, I wouldn’t. I think you have to be real tough to get a compliment of that nature. And I found out just how tough I am by getting it.”

Today, Parks finds herself in the position of educator, teaching writing at both NYU and as part of the Public Theater’s “Watch Me Work” master class series. The way she teaches—along with telling students to show up and listen, of course—is by acting less as a professor and more as a “guru.” (She also only hands out A’s: “The grade is just a grade because that’s what the academic institution requires.”)

“I’m just going to hold the lamp to light your way and say, ‘Good job. Keep going. Oh, you kinda fucked up there a bit. You’re lying there. Why are you lying?’ ” she explains. “And then, the writer, she learns by doing it. Yes, good writing—great writing—can be taught. The question is, how? It’s taught by practice. The blank page will teach you everything—well, 75% of what you need to know. Or maybe 85%. And then you can learn the rest by observation.”

In writing, observation means reading, which Parks has done voraciously—playwrights like Shakespeare, August Wilson, and Edward Albee, as well as classic novelists like Dickens and Melville (“Yeah, some of the dead white men, but, hey, they’re good”). Reading the greats, she insists, will also teach you structure and technique; without those, you can have the best ideas in the world or be able to construct truly gorgeous sentences, but you’ll still write “like the Mississippi: making a mess because it’s all overflowing,” Parks says. 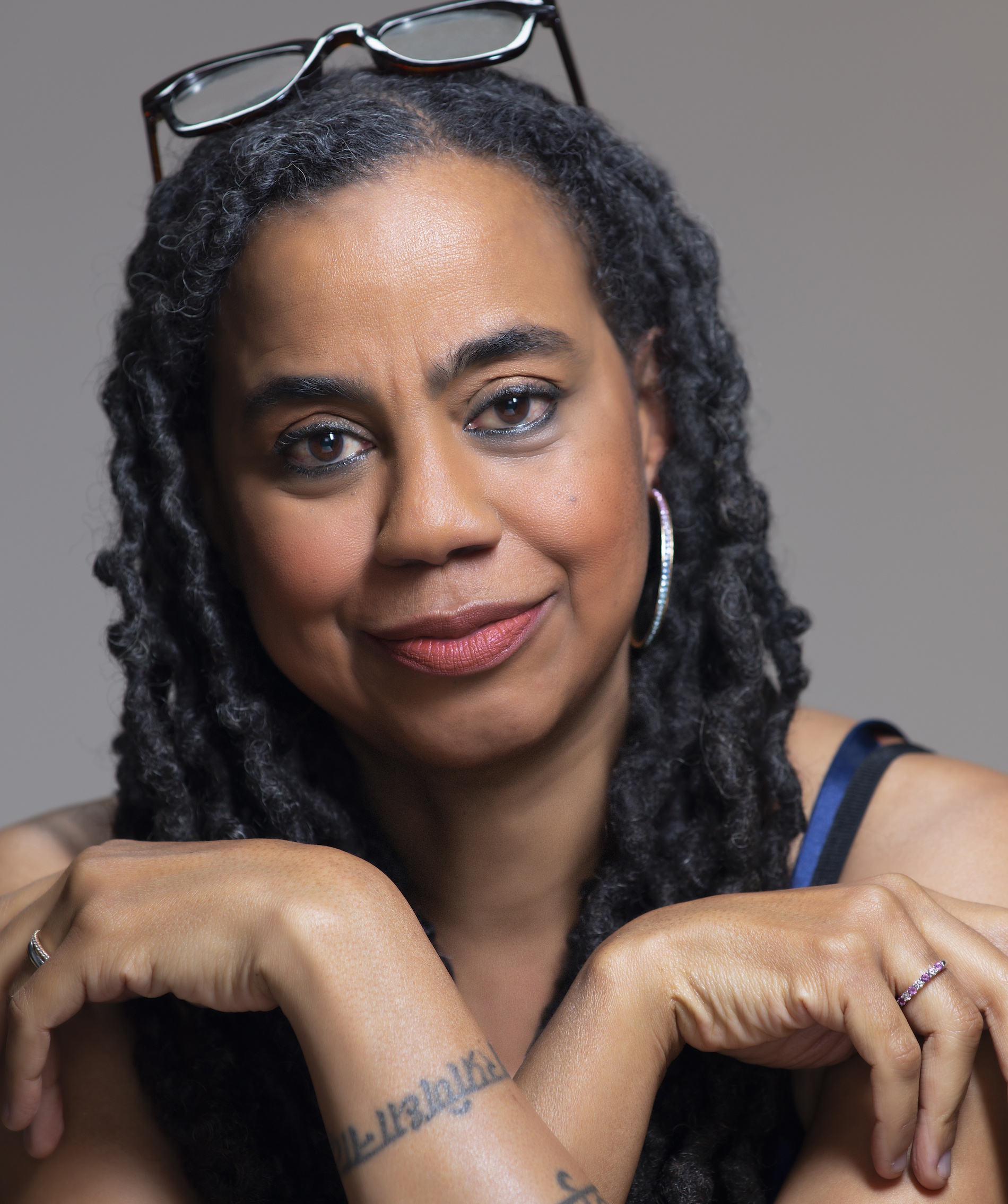 “Writing is craft, just like for actors. It’s not just, ‘I’m pretty and I have a lot of raw emotions.’ Who the fuck cares? Do you have craft? Do you have technique? Skill? Reading Shakespeare taught me technique, how to channel that shit,” she says. “That’s when you can take it and you can ground that shit, and not only write a play that works one night, but write a play that works 100 nights in a row for all kinds of different actors, all kinds of different languages. To be a great writer or a great craftsperson, it’s a combination of the passion, the drive, and technique. Every comma gets sweated over, every beat—it’s like rhythm in music.”

Though “Genius” is the most overtly musical project Parks has ever worked on, rhythm has always factored prominently into her writing. It’s why she always reads her work out loud to herself long before any actor sees it. Swilling the words around in her own mouth, she believes, is her authorial duty, just as if she were making a boat instead of an episode of television. “I wouldn’t want to tell an actor, ‘Hey, get in the boat! I just slapped this together. How about it?’ ” she says. “Nah, man. I don’t want you to get into the boat until I’ve deemed it seaworthy. Because then they’d be getting water out of the boat in buckets. And that’s not their job. It’s my job to make it seaworthy. It’s your job, as the actor, to row.”

Parks always has the actor in mind when writing. She likens the writer-actor relationship to that of the composer to the orchestra—the latter interpreting but ultimately amplifying the work of the former. What she never consciously thinks about when writing is the “message,” that reduction of “what people should take away with them after seeing this play.” Parks paraphrases Sam Shepard, another playwright-philosopher of the American id, who was seminal in forging her writing identity: “I know what it’s about by writing about it.”

“It’s tricky, this whole thing of branding, like, ‘That’s my style,’ or, ‘That’s my voice,’ ” she says. “I’ve talked to a lot of writers, especially up-and-coming writers, who want to find their voice, their ‘thing.’ And I’m like, ‘Do your thing so that I may know you.’ That is how you find out what your voice is. You don’t decide beforehand.”

So, what is Parks’ “thing”? What makes a piece of work a Suzan-Lori Parks work? “I don’t know what my style is, except to keep showing up. It might be edgy and sexy and raw and irreverent and fantastical, and you can dance to it,” she says. And in tackling matters of race and gender, suffering and death, the ultimate mark of Parks’ work is its nuance and the very fact that you can’t reduce it to just one thing.

There’s an element, however, you can always count on: “I try to introduce the fact of humor, because otherwise, people just take it like, ‘This play is about racism. Oh, my God!’ and it’s like, you’re missing it, baby,” she says. “I think I can deliver the shit that I deliver because I’m laughing so much.”

Casey Mink
Casey Mink is the senior staff writer at Backstage. When she's not writing about television, film, or theater, she is definitely somewhere watching it.
END_OF_DOCUMENT_TOKEN_TO_BE_REPLACED