Are You Scared About Your Next Audition? Here’s Why That’s Probably a Good Thing 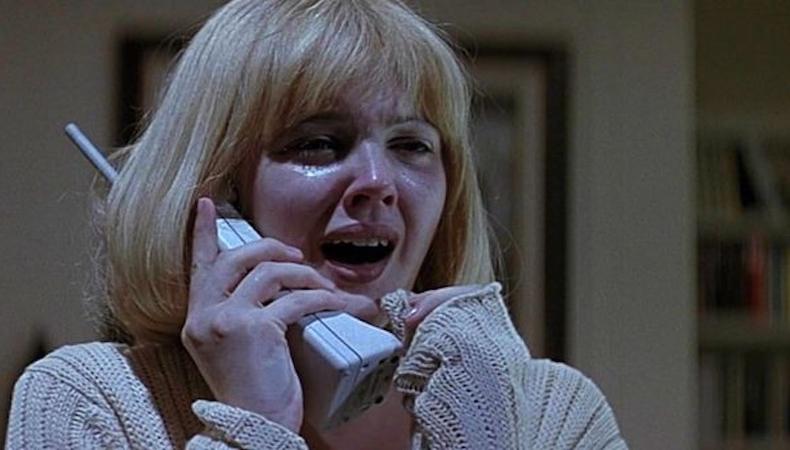 Anyone who has acted before can attest: performing takes guts. Taking chances while putting yourself in front of an audience or a camera is terrifying. At the beginning of a career, it’s common to ask, Does it ever end? Does performing or auditioning ever stop feeling so scary? After all, do you want your life to be ruled by fear? On the other hand, taking risks is often the defining element of a successful career. No one is going to hire someone who doesn’t take chances.

When a role or audition scares you, it can often mean it’s exactly where you need to be. As long as, of course, it scares you in the right way. But how can you tell the difference? We’ve got answers and plenty of help. Read these stories from actors that have risked it all and survived to tell the tale. We’ve brought together quotes from talent across the industry on using their fear to help create their best work.

Drew Tarver, “The Other Two”
“Most of the best things that have happened to me have come out of moments where I was very scared, [where] I was going to be…not humiliated, but throwing myself into something, not protecting myself. Really not being afraid to dive into something that is vulnerable and makes you feel scared is where all the best things in my career have happened. Just keep doing things that scare you, is the message I would say. I get into times where I don’t want to do a scary thing for a year, so I understand not wanting to put yourself out there. But that’s the whole thing about this business: just continuing to put yourself out there.”

Joey King, “Kissing Booth”
“A lot of the time, when I think I’ve tanked it, I haven’t. When I went into the audition for ‘Fargo,’ I thought I was terrible. I was so insecure [and] scared afterward. I was so sad. Then I got the call, like, ‘They loved you. You were the only choice.’ I got in my own head. Instead of focusing on how I was performing, I think I was focusing on how [nervous I was]. Apparently, it didn’t translate, which is great.”

Joaquin Phoenix, “The Joker” on why he chose to play the supervillain
“I take a lot of time and consideration when making decisions and what I’m gonna work on….It feels unique, it is its own world in some ways, and maybe, mostly, it scares the fucking shit out of me, or something. [An actor’s next project] might as well be the thing that scares you the most.”

Jon Bass, “Baywatch”
“The first time I auditioned for ‘Book of Mormon,’ which a year later I got, I had never auditioned for a musical. I didn’t know what auditioning for a musical even entailed. I was a deer in the headlights. A fresh young New York actor who’s never auditioned for a Broadway musical. I got the music for ‘Man Up’ before the original cast recording came out. I didn’t know how to read music, I didn’t know how to prepare. I got this basic piano rendition of ‘Man Up’ without hearing anyone sing it, and I had to go in and do my version of what I assumed ‘Man Up’ should sound like. I was so nervous. I was so terrified. I was in the room with Matt Stone, Trey Parker, and the choreographer, Casey [Nicholaw]. Everyone was staring at me, ready to sing, and I botched it hard. It was disturbing to watch and disturbing to do. [Their response was], ‘OK. Thank you, Jon.’ ”

Caleb Landry Jones, “Three Billboards Outside Ebbing, Missouri”
“Mildred Hayes [McDormand’s character] terrified me. It felt like it worked in real time, Frances playing Mildred… I wasn’t sure what to think—did she hate me, did she like me? I’m intimidated, oh gosh she does hate me, da da da da da, all these insecurities. It probably helped me, you know. Doing those scenes and being nervous, all those feelings that came naturally were feelings that worked so well for the character of Red.”

Cheyenne Jackson, “American Horror Story”
“There are certain things that don’t come easily to me. It’s just not right for me. I just have too much of a weird vein running through me. I don’t know if it’s just from starting on ‘30 Rock’ or the way I see the world. But my first instinct with a line is what I need to go with. It’s easy to do the basic thing and you get scared and you go beige and give the most blah choices, but then you blend in with everyone else. And then you pretend that never happened and you get a coffee.”

Meghann Fahy, “The Bold Type”
“I think I had really good instincts when I was young and I was really afraid to commit to them a lot of times especially as it applied to having an opinion about something or speaking up about my feelings. [My advice is], Commit to your instincts! It’s usually the right thing—and even if it’s not, it’s important to voice that as well and then learn from that.”

Ntare Guma Mbaho Mwine, “The Chi”
“I knew how to say the lines, but in terms of improvising as [my character, Ronnie], I didn’t know what he would think, how he would react in other situations. So it was really scary just having to do the lines because I was like, ‘Am I even doing that right?’ It was so foreign to me. It felt like a very British way of doing a role, from the outside in.... It felt like my first time, like, trying acting. I didn’t have a handle on it otherwise. And that was freeing, too, at the same time because I didn’t come in knowing how I was going play him.... It felt like a freefall for me. And letting go. Sometimes when you have a role that’s familiar, you have muscle memory that you can rely on [that] kicks into gear. There was no muscle memory for me with Ronnie. It was about really letting go and just seeing what would come and breathe.”

Dave Franco, “6 Balloons”
“I think I was terrified the entire shoot.... First off, I knew that I was gonna have to go through a pretty big physical transformation. I ended up losing nearly 25 pounds, in a very short amount of time.... I was running all day, every day, and I ended up hurting my knee pretty badly. I had to go to physical therapy for two months, after we finished filming.... [A]nd then, in addition to the physical transformation, I knew that the movie was gonna take a pretty big toll on me, mentally.... When you’re doing that for a couple months, it really does have an effect on you. I felt depressed, and I didn’t feel like myself. I remember, at one point, my wife (Alison Brie) was calling me out for just being closed off and cold. I told her, ‘I’m fucking starving! What do you really want from me?!’ Ultimately, I do think it’s important to be a little bit scared, going into any job, because it means that you’re doing something that’s a little bit outside of your comfort zone. For me, I think that’s when I do my best work.”