3 Ways to Deal When Work Is Slow 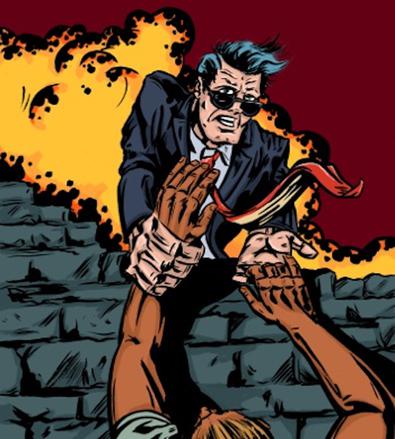 Unless your name happens to be Ryan Gosling or Emma Stone, the odds are that your acting career is moving forward in spurts of motion, not a steady stream of acceleration. One week you’ll have three auditions, an agency meeting, and two days of work. And the following week, absolutely nothing. I call these periods dead zones. They’re an intrinsic part of every actor’s life, and I would argue they’re one of the most frustrating things about an acting career.

And here’s the thing: They happen to everyone. It doesn’t matter how far along you are. I’ve represented character actors in their 40s with extensive résumés who have had to turn down auditions because there’s so much going on. And then suddenly, when they least expect it, they find themselves trapped in a dead zone, wondering where all the jobs and auditions went.

These slow periods are just as difficult for newer actors. When you’re starting out, it’s easy to get excited about your prospects when it’s really, really busy. You’re rehearsing for a play, you booked a commercial gig, and your agent just called with a big TV audition. Life is good! You feel like a real actor, but then—bang! You slip into a dead zone and it feels like the end of all that is good in your life.

Do I suck? Does the universe hate me? Were my parents right?

The answer to all of those questions is no. You’re just experiencing a difficulty that every actor has to face, even the ones who are making millions of dollars and winning trophies shaped like gold men. So accept those damn dead zones as part of life. The trick is learning how to ride them out. To that end, I’d like to make a few suggestions that have worked well for my clients and actor friends:

1) Keep acting. It can be in class or at a script reading or whatever. Just keep doing the thing you love. Actors are prone to depression, and working at your craft is the one move guaranteed to get your endorphins going.

2) Explore a new genre. If you’re a dramatic actor, sign up for an improv class. If you’re an internal kind of performer, get into a movement class. If your vibe is contemporary, go work on some Shakespeare. The idea is to shake things up. And who knows? You might pick up a few skills that will come in handy down the road.

3) Instead of beating yourself up, embrace the big picture. You’re an artist, right? So nurture yourself by reading a classic novel, visiting a museum, checking out a great band, stuff like that. The idea is to connect to something larger than yourself. Doing this will give you a sense of purpose and belonging.

I’ve said it before and I’ll say it again. An acting career is one of the toughest things in the world. Besides talent and having a great agent like me, the key to succeeding is learning how to embrace and deal with all the difficult parts of the business. Trust me. Over the years, I’ve seen a lot of gifted people fall off the train because they couldn’t handle dead zones. So rise above it and never forget. The worm will turn.

Ready to get out of the slump? Check out our Los Angeles audition listings!