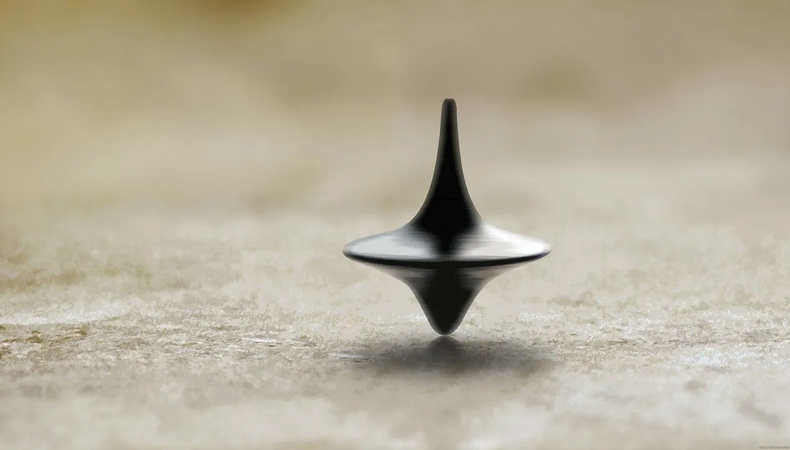 Though humble in appearance, the insert shot is a vital filmmaking technique that can forward the plot, heighten emotion, or maintain the rhythm of a sequence. Read on for more information on the insert shot, why and when it’s used, and how to do it in your own work.

What is an insert shot? 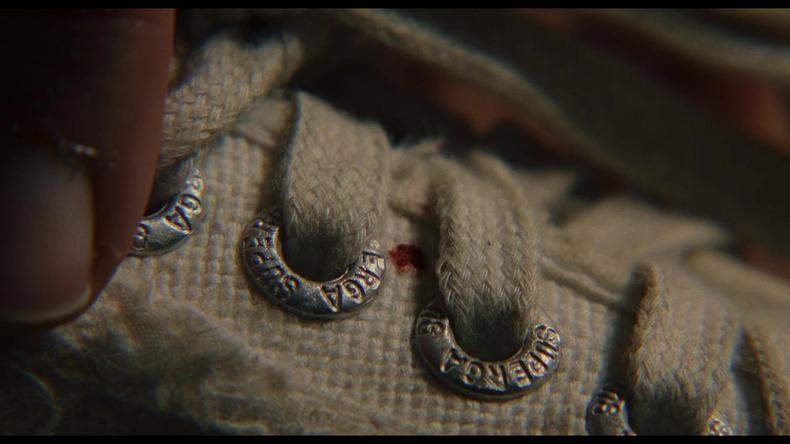 An insert shot draws the audience’s attention to a piece of information. It emphasizes a particular detail within the frame by cutting in closer to it—whether that be an object, piece of text, body part, or any other significant detail. This shot is often from one character’s point of view to communicate what they are seeing and feeling. Filmmakers frequently utilize close-ups or extreme close-ups to create an insert shot, allowing the pertinent information to be visible without lingering too long.

Why and when do filmmakers use insert shots? 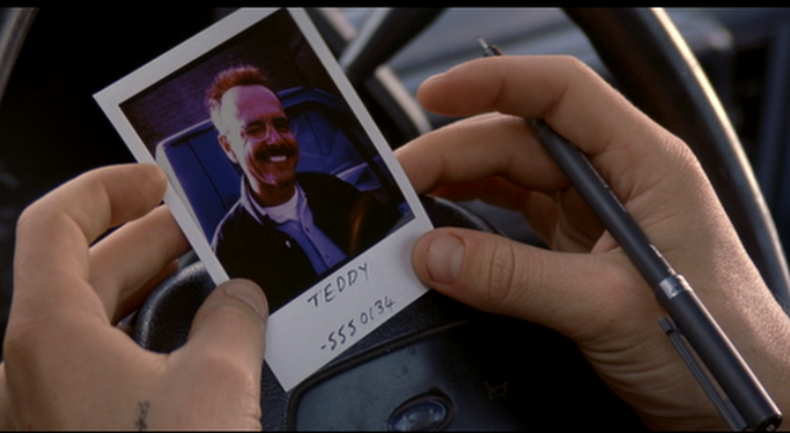 The main purpose of an insert shot is to direct the audience’s attention to a specific object or message without the need for a flashing neon sign pointing to it. A scene can open with a wide shot of a character reading the newspaper, for example, before cutting to an insert shot of the headline above the article they’re reading.

Various reasons dictate when to use an insert shot and why it’s the right choice in a given scene. And though it’s a conventional film technique, there’s no reason an insert shot needs to be mundane.

What should you consider when framing and composing insert shots? 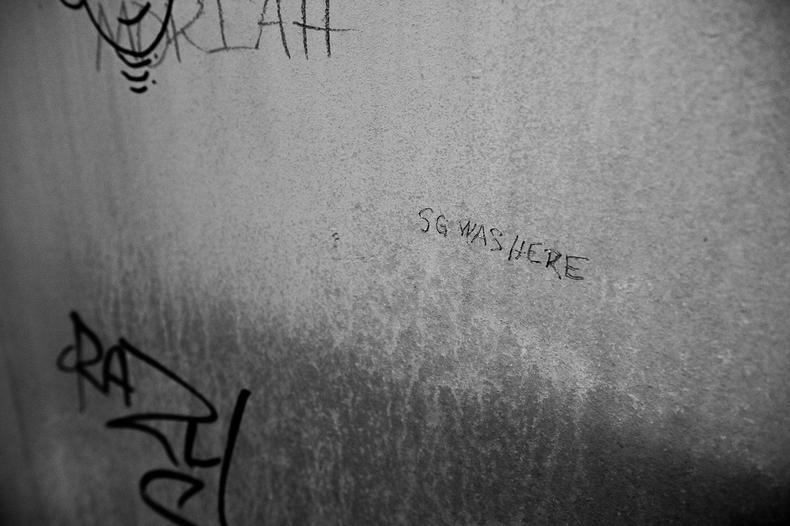 “Editing is, in a sense, performing art,” director and film theorist Alexander Mackendrick remarks in the edited collection “On Film-making.” To ensure the editor has enough material to work with, insert shots should be part of a shot list and may even be in the script directions. There are several narrative and practical elements to consider when conceiving an insert shot:

The insert may look simple, but as with every shot, there are technical and narrative elements to keep in mind.

Composition: Because an insert draws the viewer toward a specific element within the frame, a close-up is often the shot choice (though not exclusively). Consider composition the same way you would a close-up. Using a long lens to focus on an object will flatten the image, and an insert is often static (again, not exclusively). To ensure your audience focuses on the pertinent information, use the rule of thirds. This shot composition breaks your image down into nine squares—picture two horizontal lines and two vertical lines intersecting, like a tic-tac-toe board. To capture a dynamic image and draw the viewer’s eye where you want, place the most important visual information along, within, or at the intersection of these lines. 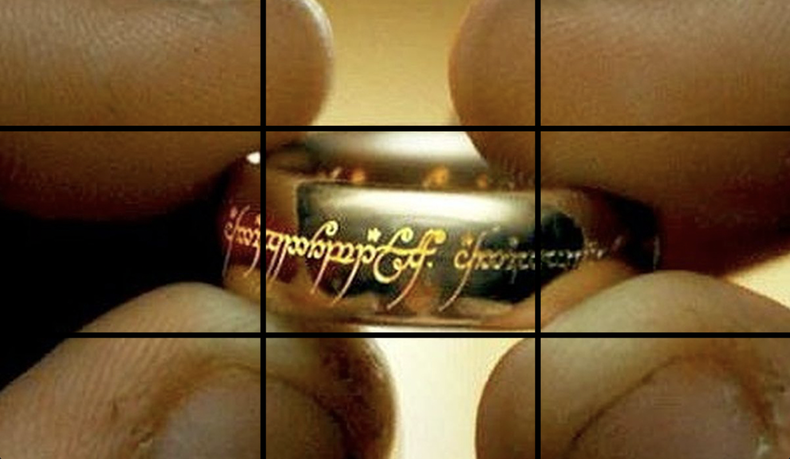 “The Lord of the Rings” Courtesy Warner Bros.

Eyeline is another vital detail as you don’t want an insert to suggest a character is looking down and immediately contradict this with the next shot.

Maintain continuity: Lighting in the insert should match the scene’s lighting; differences might pull the viewer out of the action. A character holding something in front of a flame can heighten the mood but needs consistency.

A question of time: Where to place the insert and for how long is determined in the editing suite. Too early and you might kill momentum; too late and it will come across as rushed or redundant.

Pick-ups and additional takes: Inserts aren’t always shot at the same time as the scene's original material—they may be captured by the second unit or during reshoots. Again, continuity is essential, even if it’s a body double holding an object. While you don’t want actors to have to do multiple takes, renowned perfectionist David Fincher has been known to go for more than 30 takes for an insert shot (as Jake Gyllenhaal discovered while filming “Zodiac”).

Details: Yes, your insert might only be onscreen for a few seconds, but in the age of pausing, screen-grabbing, and zooming, nothing in the frame should be taken for granted. For example, it can be distracting when there is an insert on a smartphone screen, and only one text message exists between two close characters. Previous texts might not have anything to do with the storyline, but that display of history can be the difference between a lazy shot and one that impresses. Same with an insert of a magazine article with full copy rather than a half-hearted attempt at an article. Everything in the frame matters.

“I Love Lucy” changed the television landscape. Academy Award–winning cinematographer Karl Freund established the three-camera setup, which remains a sitcom staple. Even though it was filmed in front of a live studio audience, some inserts were shot after the taping. In “Ricky’s Life Story,” inserts highlight Ricky’s (Desi Arnaz) impressive “Life” spread while emphasizing Lucy’s (Lucille Ball) dismay that she is cut from the feature. These magazine shots provide additional, authentic context.

Alfred Hitchcock is the master of dishing out clues and pointing the audience toward the vital information in a scene without having an actor utter a word. Here, the inserts of the fireplace presented throughout the scene emphasize how Tony (Ray Milland) is manipulating the crime scene to ensure his wife, Margot (Grace Kelly), looks like she committed a premeditated crime. Hitchcock guides us through this scene to show Tony destroying the real intended murder weapon in the crime he organized.

Whether an overarching alien mythology story or a monster-of-the-week episode, “The X-Files” has abundant information to impart. Inserts economically showcase this while tapping into the conspiracy aesthetic of the series. Giving viewers a look at Scully’s (Gillian Anderson) file reveals disturbing levels of intel, including a recent tissue sample. A file insert also drops a Mulder (David Duchovny) bombshell.

Frodo (Elijah Wood) holding the One Ring for the first time is a revered insert demonstrating how powerful and emotionally evocative this type of shot can be. Director Peter Jackson goes from showing the ring as a simple gold band to revealing the Elvish inscription Gandalf (Ian McKellen) hoped would not appear. The framing and lighting crank up the tension and spectacle of the humble insert.

The still-unsolved mystery involved correspondence between the Zodiac killer and the press and law enforcement. Fincher uses inventive inserts to depict the chatty serial killer. One example is a montage sequence where inserts convey the Zodiac killer’s escalation and how he favored sending puzzling ciphers.

Quentin Tarantino is a master of stylistically playful inserts. In the case of “Inglourious Basterds,” there is an added sense of menace in the underground bar scene when the gun is first revealed. The tension increases as soon as we see the weapon, but Tarantino shows there is no need to linger on the firearm.

A mystery figure by the name of “A” torments the “Pretty Little Liars” across seven seasons of the teen thriller, and insert shots are a staple cluing the audience into threats. Text messages are used often, but the series found other inventive ways of dispatching these missives, such as notes hidden inside an egg carton or fortune cookie.

The Coen brothers are pros when it comes to using editing to increase tension and humor while setting the scene. This early moment in “Inside Llewyn Davis” uses inserts to establish the titular Llewyn’s (Oscar Isaac) mental state via the note he leaves and the cat he has found himself holding. Shots of the vinyl record, subway stations (which highlight how far he is traveling), and the apartment buzzer add to the overall tone and introduces this character in a visually arresting way.