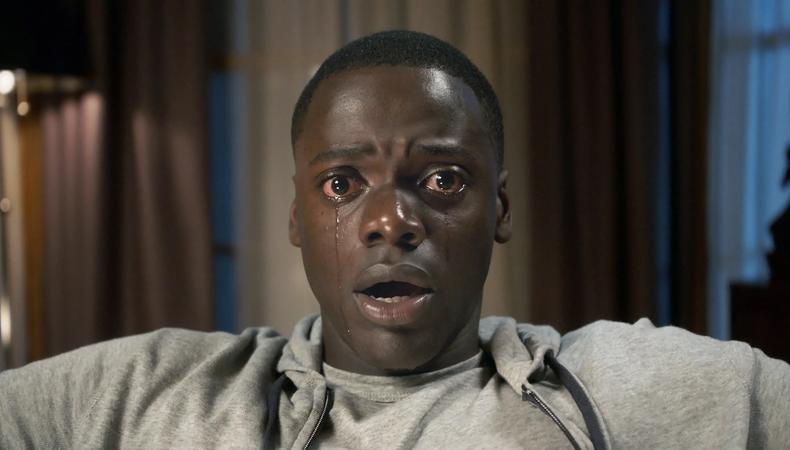 Since the advent of cinema, film and TV directors have harnessed the power of a well-placed close-up shot. This type of shot is used to highlight a particular detail—be it an actor’s face, an object, or an action—and directs viewers’ attention to the most vital aspects of a scene.

Here’s our guide to the various types of close-up shots and when they’re used, as well as some of the most famous examples that any aspiring creator should study.

What is a Close-Up Shot? 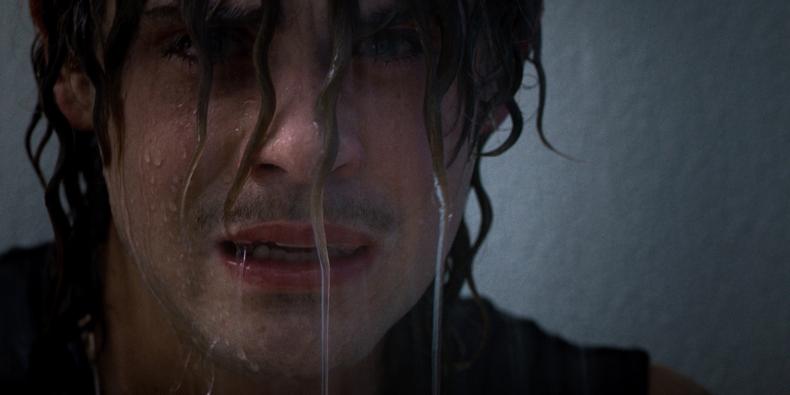 A close-up shot is a camera shot in which most—if not all—of the frame is filled with an and actor's face or an important feature, detail, or object. The main purpose of a close-up is to convey information; it’s the filmmaker’s way of telling the audience, visually, that this is important. “This” can have countless definitions; does the filmmaker want the viewer to home in on a plot point? A performance quirk? An emotion?

The earliest examples of onscreen close-ups can be found in the 1900 short “As Seen Through a Telescope” (featuring a tight shot on a woman’s leg), the 1901 short “The Big Swallow” (the first extreme close-up), and in two projects by D.W. Griffith—1911’s “The Lonedale Operator” and the 1912 short “Friends.”

Since those early days, auteurs have experimented with close-ups so effectively that certain versions of the shot are now synonymous with their names—the “Spielberg Face,” for example.

What is the Purpose of a Close-Up Shot in a Film? 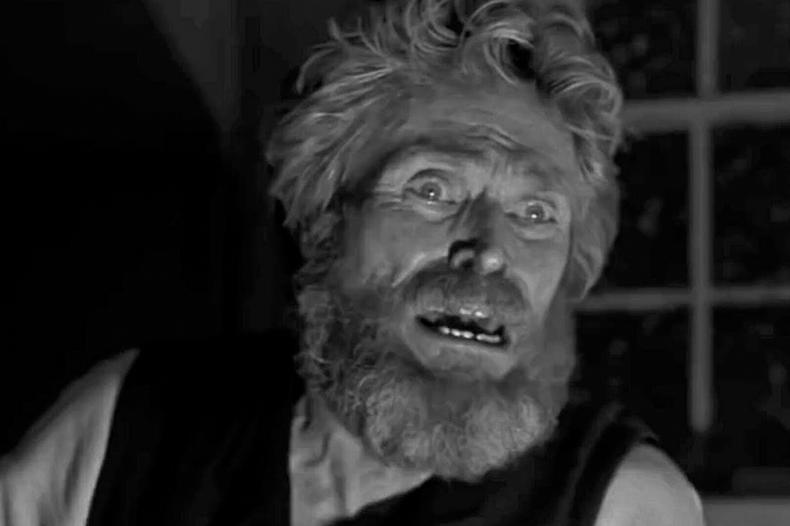 “The Lighthouse” Courtesy A24

Anytime a director opts to use a close-up shot, it relates back to the primary job of a filmmaker: to intimately connect the audience with the world of the film. “I use close-ups when I want to ground the moment emotionally and focus on details and the moment of touch,” filmmaker Adam Reid (“Hello Lonesome”) tells us.

Close-ups are a vital storytelling tool. When employed correctly, they allow viewers to see the smile on a character’s face that’s hidden from their scene partner, or get a glimpse of a gun that hasn’t yet gone off. Close-ups also help determine the pacing of the scene, and directors usually shoot from a variety of angles in order to effectively tell the story and choose the best angle to use in the final edit.

Reid continues, “You can trace the story through close-ups. A hero suits up, and you see him pick up a hammer. It’s how we connect the dots.” 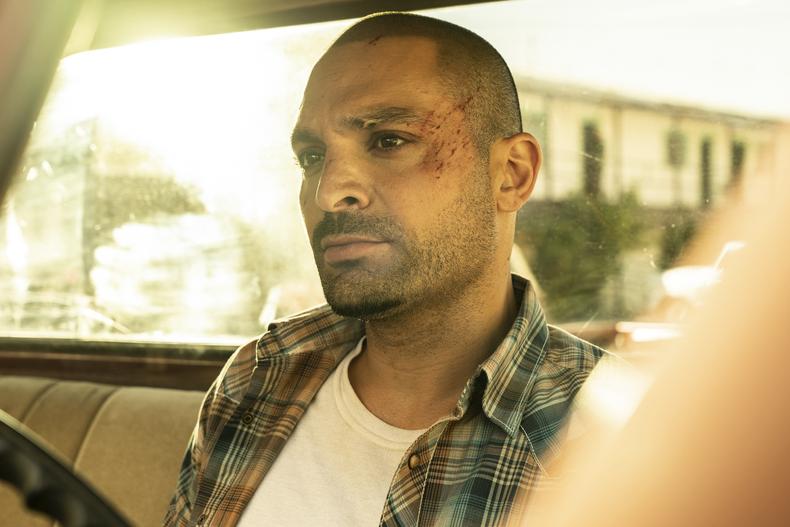 Here are the most common styles of close-up shots:

A traditional close-up shot fills the majority of the frame with a subject—an actor’s face, for instance, with a border just above their head and just below the neck. This draws the audience’s eye to exactly where the director wants it to be, and it can create a sense of intimacy. For scenes featuring two actors talking to each other, directors often use alternating close-ups after the two-shot establishes the characters and the background scenery.

The airport scene in “Casablanca” is one of the most famous examples. The camera moves through various shots, establishing different levels of intimacy, before settling in on the actors’ faces. Here, we get every detail of the emotions that director Michael Curtiz wants us to feel. Even the slightest nod of Ingrid Bergman’s head when she tells Humphrey Bogart, “I said I would never leave you,” pulls at your heartstrings.

A medium close-up begins at the subject’s waist or the middle of their torso and stops just above the actor’s head. The idea is that you get the intimacy of a traditional close-up but also a sense of location; the audience can see a character’s reactions as well as what’s happening around them.

In this scene from “Top Gun,” for example, director Tony Scott offers a comedic contrast by capturing both Tom Cruise’s reaction to Kelly McGillis as well as the reactions of his squadmates behind him.

An extreme close-up takes things to, well, the extreme, completely filling the frame with one specific detail, be it an actor’s body part or a particularly important detail. The extreme close-up is the exclamation point of shots; it paints a feature or emotion in the starkest possible colors.

The defining example of an extreme close-up—three of them, actually, one after the other in quick succession—comes courtesy of director Sergio Leone in “The Good, the Bad and the Ugly.”

A choker shot lands closer than the typical close-up, but it's wider than an extreme close-up. It begins just below the subject’s mouth and ends at or around the hairline. The choker puts all the emphasis on an actor’s expressions—it’s all eyes and mouth, spotlighting every choice a performer makes with their face.

One of the most famous choker shots in cinema history is Jack Nicholson’s “Heeeere’s Johnny!” moment in Stanley Kubrick’s “The Shining.” Because both the hole in the door and the camerawork isolate Nicholson’s expressive visage, you could watch the scene on mute and still understand how Kubrick wants you to feel.

To get more granular, an insert is often a close-up, but not always. An insert shot is commonly associated with closeness because its primary purpose is to quickly communicate information to the audience by holding on an object or detail—a street sign, jotted-down phone number, or driver’s license, for example. It adds clarity to the story without using words.

The insert shot is a cornerstone of moviemaking; it’s a way to convey information without slowing down to convey exposition. This is especially useful for any film looking to establish a quick, breezy pace. Quentin Tarantino’s “Pulp Fiction” is a study in using insert shots to keep the action flowing.

How to Take Close-Up Shots for Film 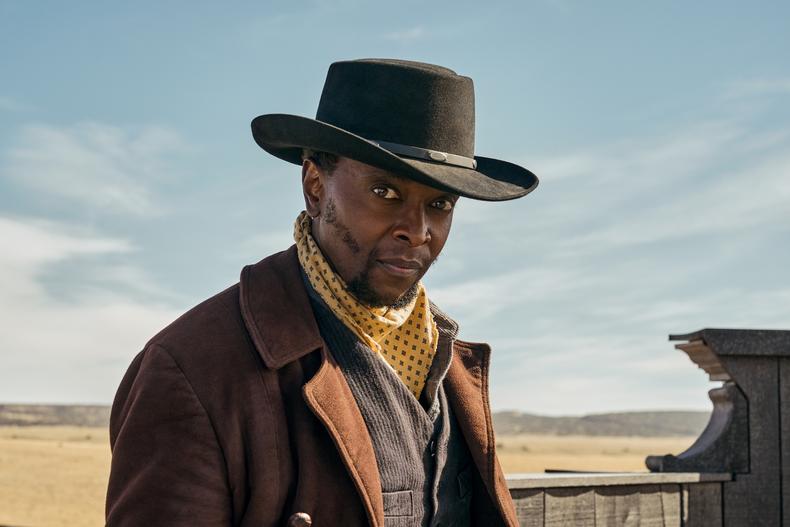 “The Harder They Fall” David Lee/Netflix

Close-ups are most often shot from a fixed position with a still lens or Steadicam rig. But there’s plenty of room to experiment with moving the camera closer to or farther away from the subject—or both at the same time, if you want to utilize Alfred Hitchcock’s trademark dolly zoom for maximum disorientation.

The decision a filmmaker must make before employing a close-up is what they’re trying to achieve or convey by using the technique. Are you moving in close to ratchet up the tension? Are you obscuring the background to build up to a big reveal?

Alternatively, the shot could be used for logistical reasons. Mixing close-ups with wide, medium, and tracking shots gives you more flexibility in the editing room. Filmmaker Archie Borders (“Under the Eiffel Tower”) says that “there are cases where shots are more specific in order to build momentum into a scene.” The example Borders gives is the famous “walk-and-talks” of “The West Wing.” Creator Aaron Sorkin usually used unbroken long takes of a medium two-shot; but the close-up is used to either emphasize a line or simply cover the scene for editing if the uncut shot runs too long.

How Actors Should Approach Close-Up Shots 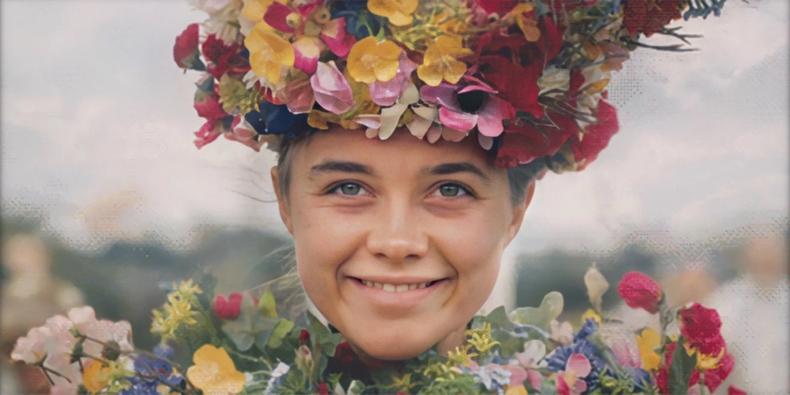 Filmmakers aren’t the only ones who should add the close-up to their creative toolbox. Because it’s such a potentially powerful—and common—method of storytelling, it’s imperative for actors to understand the technique from an on-camera perspective. Here are three tips for owning your close-ups:

“Play a close-up as though the other person were a foot or two away from you. Feel extremely intimate, as though you were having a very deep personal conversation,” Hartt says. “Close-ups exaggerate everything. Think more along the lines of letting us see the reflection of the other person in your eyes.”