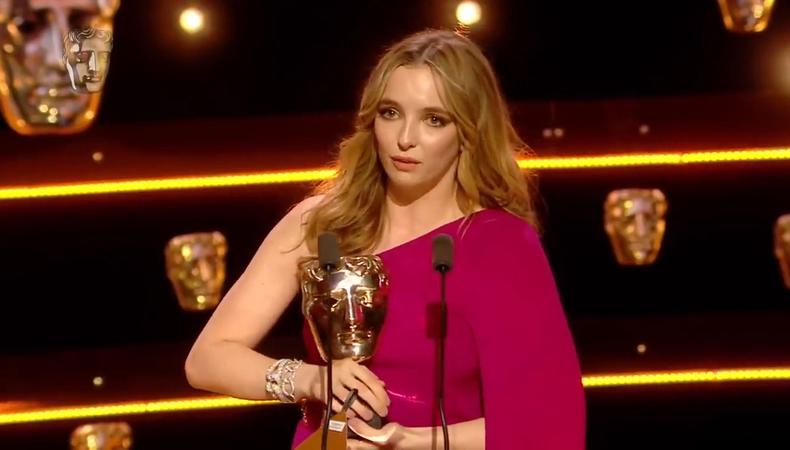 BAFTA petitioned to recognise casting directors
Actor and BAFTA member Shaun Dooley is petitioning the academy to include casting directors (CDs) in their awards, arguing their inclusion “should have been addressed years ago.” Hoping to reach 2,500 signatures, the petition says that while the current awards “recognise the on-screen talent” of TV and film, those who “painstakingly” cast shows “receive no recognition” from the academy. Dooley also points out that BAFTA awarded Mary Selway, the late and legendary “grand dame” of casting, an award for Outstanding British Contribution to Cinema – yet there is currently no actual award for casting directors: “It is about time their work was recognised alongside the programmes they have helped create.”

Dooley clarified that the petition is not an attack on BAFTA: “I think they do an immense amount of good and I love being part of them.” However, he notes that an award of CDs should have been in place “years ago.” The actor’s petition comes after casting director Victor Jenkins told The FT of “years” of asking BAFTA to be recognised “to no avail,” and the Casting Directors Association and Casting Directors’ Guild launching award ceremonies of their own.

The CDA’s own awards this week recognised casting across both commercials and drama, with winners including ET Casting for indie drag film Tucked and Nicci Topping for short film The Big Day.

Equity president opens up about experience of bullying
Maureen Beattie has revealed during Mental Health Awareness Week that she was bullied while working with a major theatre company, calling for the industry to have more conversations around mental health and wellbeing.

Speaking to The Stage, the actor and Equity president said the incident led her to believe she was “spoiling rehearsals” because of her “negative attitude,” adding: “I was being horribly bullied by a couple of people in the company and I didn’t mention it for about six months. I believed what they told me and thought I must be doing something wrong.” Saying the incident “knocked” her, Beattie stressed that theatre professionals suffered from “very particular kinds of vulnerability” and that although pressures around body image used to be spoken about as “a very female thing,” it’s now “just as bad for guys.”

Visit ArtsMinds for support and information on mental health or contact the Theatre Helpline.

Ian Charleson Award Winner: ‘All I wanted was to be an extra in Harry Potter’
Bally Gill is the winner of this year’s prestigious Ian Charleson Award, given to recognise actors under 30 in a classical role. Celebrating the memory of the acclaimed Chariots of Fire actor and Royal Shakespeare Company (RSC) stalwart who died in 1989, Gill won the prestigious award for his Romeo in Erica Whyman’s production, running at the RSC in Stratford-upon-Avon from May last year. Previous winners include Paapa Essiedu, Rebecca Hall, David Oyelowo and Dominic West.

At the time, Gill told the RSC his journey to acting began when he saw the Harry Potter films. “I just wanted to wear a cloak and have a wand. But mainly I wanted to be in the great feast scenes at the beginning of the films.” Gill had no acting experience, but after joining Coventry’s Belgrade Theatre, acting “just snowballed from there.” Second place went to Hannah Morrish for her performance in the National Theatre’s Antony and Cleopatra. Third place went to Luke Newberry for his Malcolm in Macbeth at the RSC.

Leeds Playhouse reopens with play about impact of Yorkshire Ripper
Charley Miles’ new play about the impact of the Yorkshire Ripper is to reopen Leeds Playhouse after a £16 million redevelopment lasting more than a year. There Are No Beginnings opens in October in the new studio space of what used to be the West Yorkshire Playhouse. Research for the play saw the local playwright interview women whose lives had been “completely transformed” in the period of 1975 to 1981 when serial killer Peter Sutcliffe was at large.

Reopening with a new identity and improved facilities, Leeds Playhouse’s new season also includes a lavish community-led production of The Wizard of Oz, currently casting for a Dorothy and young community ensemble.

Noel Coward’s Blithe Spirit to film in London
Judi Dench, Dan Stevens, and Isla Fisher are to star in a remake of classic comedy Blithe Spirit. Filming in London next month, Noel Coward’s drama of a crime novelist haunted by the ghost of his first wife was first adapted for cinema in 1945, starring Rex Harrison and Margaret Rutherford. Originally produced in the West End, Blithe Spirit smashed records at the time by running for 1,997 performances. Now Dench is to play Madame Arcati, an eccentric medium who summons the ghost, in the remake directed by Edward Hall. The release next year will follow a revival of the play at Theatre Royal Bath this summer, starring Jennifer Saunders as Madame Arcati.

Seyi Omooba’s replacement is found
T’Shan Williams is to replace Seyi Omooba in The Color Purple after the actor left the musical following the discovery of homophobic comments made on Facebook. Williams, who has starred in Heathers: The Musical and Caroline, or Change, takes over the lead role of Celie in Tinuke Craig’s production. The Colour Purple opens at the Curve in Leicester next month before heading to Birmingham Hippodrome.