Auditions are the great leveller. Whether fresh from drama school or with a mantelpiece full of Oscars and BAFTAs, auditions are an inescapable reality for actors at all stages of their career, and it’s a rare actor that doesn’t have a few audition-room horror stories to share.

Then there’s COVID-19, which has turned auditioning on its head. Aside from freezing productions, lockdown killed face-to-face auditions, and the industry was quick to react by taking auditions online – whether as self-taped auditions, or via real-time video calls.

And already, the consensus seems to be that remote auditions have brought so many benefits that they’re likely to outlive the pandemic and become a permanent feature of the acting landscape. As casting director (CD) Manuel Puro tells us: “I never want to lose face-to-face auditions. But before getting to that point, there’s a huge amount of inefficiency. Dragging actors from all over the country into scheduled slots when you don’t know whether they are right or what their interpretation of a role is. Actors spending a fortune on trains, missing out on work, having to arrange childcare – all these kinds of inconveniences, just for them to walk into an audition room and within a few seconds someone goes: ‘No, that’s just not right.’ ”

Actors, then, need to be at the top of their game for self-taped and live-video auditions. That’s why we’ve asked the people that matter – the casting directors – for their best advice on nailing remote auditions.

1. Quality control
This tip might sound a bit general, but when it comes from Fleabag’s CD Kelly Valentine Hendry, it’s worth taking note. She explains: “When self-taping is really badly done, I just think, You know what? It’s not worth it.” To put this in context, if a top CD is receiving hundreds or even thousands of self-tapes per project, time allocation becomes a big deal, so don’t expect them to invest attention in a shoddy effort. Check out our guide to self-taping as an essential primer.

2. No white backgrounds
Valentine Hendry’s next tip is simple but effective: “I don’t like white backgrounds. They don’t make you look as good. You want a blue or a grey, and you want to light yourself.”

3. (Really) good sound
Valentine Hendry advises: “Have your readers [your dialogue partners] stand a little bit away from the camera because you want to just hear them. Sometimes, readers are terrible, and it genuinely does distract. Quite often, directors will watch with headphones on and they’ll have really good headphones that pick up all the extra noise. It doesn’t take much for things to annoy people.” Our guide to setting up a home voiceover studio is full of good audio tips.

4. Proof you can take direction
Valentine Hendry’s final tip is “single-handedly one of the reasons that people don’t get the job: it’s that you can do a blinding audition – then I ask you to do it again and give you a couple of little notes. If you do not do those notes, [the directors] say: ‘I love their first tape, but they don’t take direction.’ Just make sure you change it as asked – just listen and make sure that you do that. Get good at it.”

5. The right eye line
Sex Education and Game of Thrones casting director Lauren Evans tells us: “Never read directly down the lens, always just to the side of it. If you’ve got someone else you need to focus on, speak to the other side of the lens so that you’re not in profile, otherwise we lose all the lovely work you’re doing.”

6. The right distance from the camera
Evans also advises not to be a tiny talking head in the distance: “Don’t be really far away – we need to see your face.”

7. A reader
Evans’ next tip: “It’s always difficult to have a successful self-tape if you don’t have someone reading the lines, even if you have to record yourself and play it back. But when you don’t have anyone reading the lines back at all, I find that quite jarring. And if it’s really difficult for you to make a connection to a recording of the lines, put your friend on speakerphone – that’s great.” Did we mention Evans also has Star Wars and Harlots on her CV? So, you should do as she says.

8. Fluidity with the material
Evans’ final tip is an important one for video auditions, where you may need to follow direction and think on your feet: “Prep the scenes really well, but don’t become so rigid in your approach that you can’t change it up if asked for an alternative version.” And she has a warning for being under-prepared: “If you haven’t got time to prep but you can sight-read well, then that’s fine. But it’s hard when you know someone’s got the ability to give you a really good take, but because they can’t look up from their script, you can’t see enough of them.”

9. The right preparation
Frankie Fearis at Sophie Holland Casting has some clear and highly actionable advice: “Give yourself 20 or so minutes before the Zoom session starts to get in the zone, as you would when travelling and waiting to go into an in-person session.

10. Consistency
Another good tip from Fearis is to pick an eye-line on the screen, pinning the video of the person who is reading in with you, which should ensure consistency and avoid the distraction of wandering eyes.

11. A functional — rather than expensive — setup
Casting director Manuel Puro is a firm advocate of the advantages of remote casting, and advises kitting out your rig without breaking the bank: “I’m not a fan of people spending loads of money unnecessarily. Definitely get a tripod – you get a bit queasy with handheld footage and it feels a little bit weird. But your phone is fine as a camera. Sometimes you may need to invest in lights – you can buy fantastic LED lights off Amazon or wherever for £30. But you don’t even need that if you can use lamps and natural daylight. Just fiddle around, experiment with the lighting, and get yourself set up.”

12. A sense of urgency
Puro advises not to hang around before sorting out your self-tape or video-call rig: “Do it now, before an actual self-tape comes in – when you’re calm and relaxed, and you’ve got a chance to experiment.” 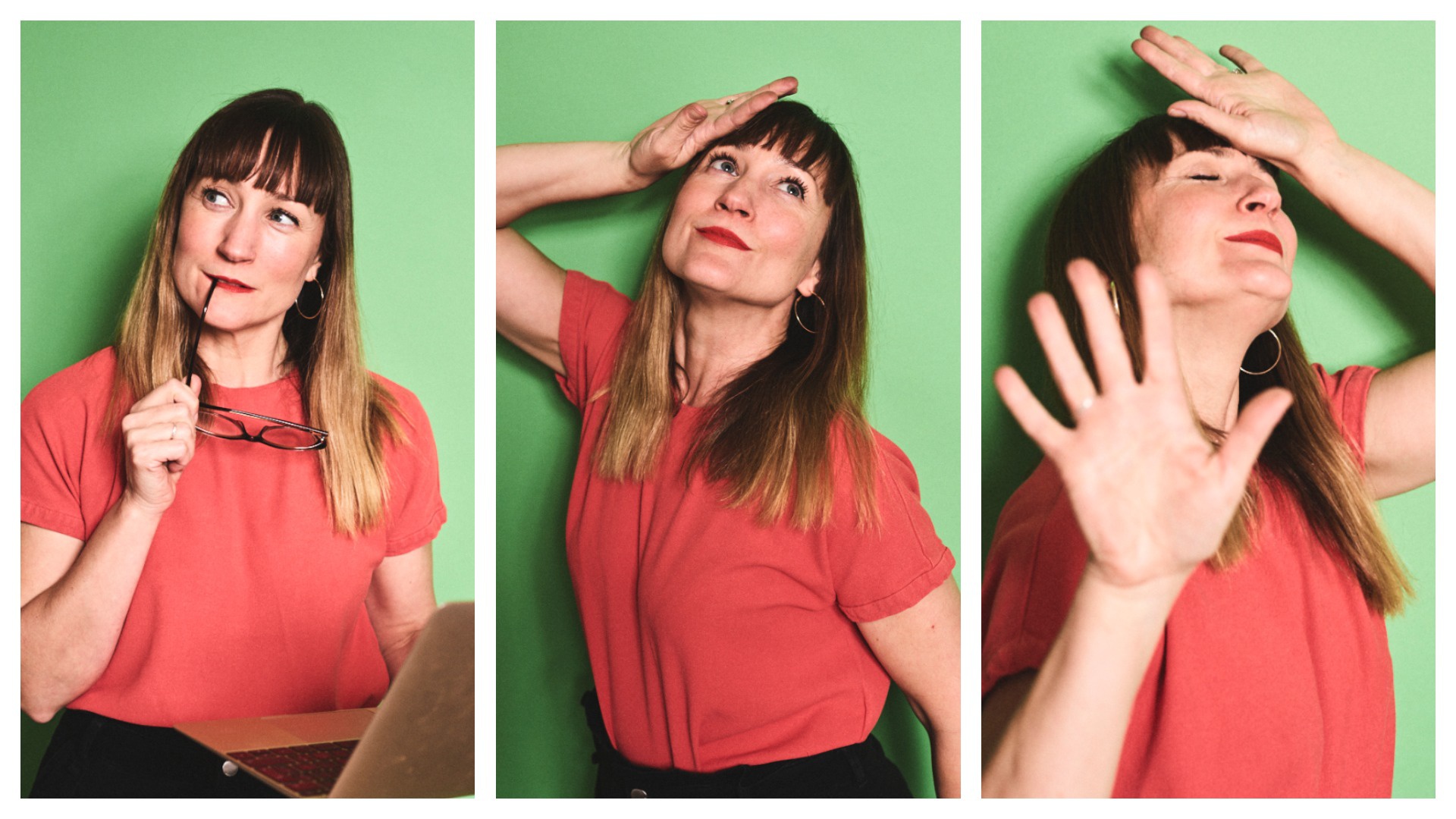 Will This Online Self-Tape Class Land You an Acting Job?

13. Timeliness
Casting director Kate Evans from Kate & Lou Casting advises speed: “Learn how to do a self-tape quickly. I don’t want a tape coming in six days after I’ve requested it, especially as most castings are quick turnarounds. Get tapes to the casting directors ASAP.” And in an echo of Puro’s point about practicalities, she says: “Get your tripod, your ring light from Amazon for about 15 quid, because this will be the way forward, definitely. I can’t see us going back to doing the things like we used to.”

14. An understanding for self-taping dance and song
Casting director James Pearson of Pearson Casting specialises in casting musicals, including Six. He advises the following, and without delay: “You need to practice self-taping dance and song. For songs, work out which room or environment in your house fits the sounds. Practice in every room – you can be doing that now.”

15. A specific take on the character or material
One of our favourite pieces of audition advice was told to us by actor and writer David Mumeni of Open Door (not to mention starring in this month’s BAFTA winner Stath Lets Flats). OK, so he’s not exactly a casting director, but there’s not much he doesn’t know about auditions, and this particular gem was anointed as “wise words” by top casting director Nicky Bligh. Mumeni says: “As a professional actor, you shouldn’t really try and ‘go for parts.’ If I’m thinking about that, I won’t be any good. And I just have no control over getting the part or not. Instead, try and do a really good job at the acting, so you’re showing them: ‘If you give me this part, this is what I would do with it. And if you like it, great, and if not, fine.’ I think that idea empowers anyone to do an audition.”