The 2018 Film Performances That Won’t Be Oscar-Nominated—But Should Be! 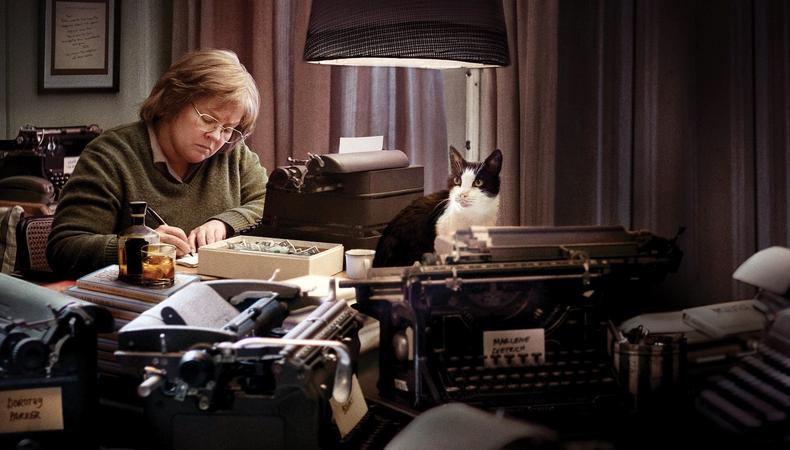 There were so many outstanding performances on the silver screen in 2018. But with front-runners like “Black Panther,” “Green Book,” Glenn Close, and Christian Bale solidly in place for this year’s awards races, we at Backstage find ourselves thinking of the performances that, realistically speaking, will never gain awards traction—but which deserve recognition nevertheless. We present to you this partial list of long-shot Oscar contenders; if you’re a cheeky Academy voter in the acting branch, consider the following!

Rachel McAdams, “Game Night”
“Oh no, he died!” McAdams should win awards for best line delivery after this quip at the end of a deeply silly yet deceptively brilliant February comedy, the kind of fare at which Academy voters turn up their noses. Describing the circumstances surrounding this instant-classic line would undermine McAdams’ impish, flirty, funny-as-hell performance, but suffice it to say the range of emotions she undergoes in seconds is worthy of academic study. Ditto the scene in which she must operate, using convenience store wine and internet instructions, on her husband, whom she’s accidentally shot. When will the Oscars recognize such pure, comedic gold? —Jack Smart

Willam Belli and D.J. “Shangela” Pierce, “A Star Is Born”
Nobody’s got off-the-cuff wit like a professional drag queen; that’s why Bradley Cooper turned to “RuPaul’s Drag Race” favorites Shangela and Willam to enliven his meet-cute with Ally (Lady Gaga) in awards front-runner “A Star Is Born.” That reality series may have put the two queens on the map, but Cooper’s hit musical drama turns them into bona fide Hollywood beauties with sickening red carpet regalia to match. Between Willam’s Dolly Parton–inspired chest piece and Shangela’s bus driver–inspired pixie cut wig, their time onscreen is more than just scene-stealing. It’s star-making. —Benjamin Lindsay

Sonoya Mizuno, “Annihilation”
Even with an impressively prolific year on screen—a bride in megahit “Crazy Rich Asians,” a stylish-as-hell scientist in Netflix’s “Maniac”—Mizuno may not prove recognizable to most audiences, partly because she transforms so fully into each of her roles. Case in point: “Annihilation,” in which Mizuno continues her wonderfully strange collaboration with writer-director Alex Garland (after “Ex Machina”) by playing an eerily featureless, wordless, blob-like alien who mirrors a bewildered Natalie Portman in a kind of modern dance to the death. Together, Mizuno and Portman create one of this year’s most emotionally and psychologically enigmatic movie moments. — JS

Lana Condor, “To All the Boys I’ve Loved Before”
You know you’re onto something when an under-the-radar Netflix TV feature spawns a sequel out of sheer buzz—and that’s exactly the case with director Susan Johnson’s “To All the Boys I’ve Loved Before,” an adaptation of Jenny Han’s YA novel. If you find yourself missing the crisply written, well-acted, and endlessly rewatchable romantic comedies of the ’90s, you’ll fall in love with Lara Jean (Condor) and her journey to finding “the one.” Much of that is thanks to Condor’s performance, which has the power to bring us back to high school while embodying the universality of that experience. —Elyse Roth

Amy Adams, “Arrival”
Look, 2016 was rough (there was that thing about who should be president) and the Academy, God love ’em, was not thinking straight. That is the one and only explanation for why Adams was—deep breath, exhale—not even nominated for sci-fi mystery “Arrival” in 2017. Her would-be category ultimately went to Emma Stone for her performance in “La La Land,” but I am not here to pit redheads against one another. You did that, Oscars. Retroactively right your wrong and prove there is room for more than one Julianne Moore protégé in this damn town. —Casey Mink

The rabbits in “The Favourite”
This contender’s leading trio of Olivia Colman, Rachel Weisz, and Emma Stone is getting all the attention, but these fluffy supporting actors deserve some nods, too. They’re key players in packing the film’s laughs and tears—and they know their angles! Not all the credit can go to Yorgos Lanthimos’ direction and Robbie Ryan’s cinematography; someone needs to give these rabbits their due for hitting their marks and keeping their co-stars on their toes. During a time when it seems only cats and dogs steal the show, consider the bunnies. —ER

The cat in “Can You Ever Forgive Me?”
Not since “Her” has a nonhuman performance generated so much buzz—and at least this one has an actual brain and body. Don’t worry if this purr-fect actor did not make you cry. That just means you should never know the unconditional love of a pet. —CM

The dog in “Widows” and “Game Night”
And while we’re handing out little gold men to cute little animals, let’s be sure to recognize this fluffer from not one but two hit movies in 2018. We felt this dog’s reciprocated love with Jesse Plemons in “Game Night,” we felt the palpable terror opposite Brian Tyree Henry in “Widows.” Somebody invent an Oscar for cutest canine! —JS