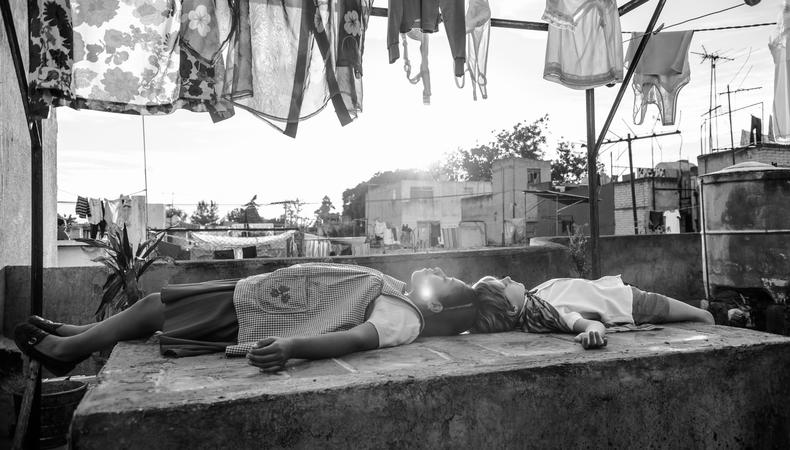 “Roma” was crowned best picture by the Los Angeles Film Critics Association, who will hold a ceremony in January for the winners of its 44th annual awards.

Fresh off of a Golden Globe nomination for Best Foreign Film and an AFI special award, the latest film by legendary Mexican director Alfonso Cuarón won the highly coveted Golden Lion at the Venice Film Festival where it premiered in August. Distributed by Netflix, the film had a brief theatrical run in order to qualify for Academy Award nominations, and with the momentum building for the film, a Best Picture Oscar nomination may be closer than ever for the streaming service. “Roma” is slated to be released to Netflix viewers Dec. 14.

LAFCA president Claudia Puig announced the winners from L.A. Dec. 9, saying of their selection: “What I love about this year’s awards is how naturally inclusive this year’s crop of winners is. It’s a joy to celebrate such an eclectic, outstanding array of films and honorees from around the world."

The best director award went to Debra Granik for her film “Leave No Trace,” which premiered premiered back at the 2018 Sundance Film Festival and is up for three Film Independent Spirit Awards. Adapted from the novel “My Abandonment” by Peter Rock, the film is distributed by Bleecker Street Films and stars Ben Foster and Thomas McKenzie. Foster received a nod for his performance, as a runner-up to best actor winner Ethan Hawke for A24’s “First Reformed.” Olivia Colman, who is already raking in accolades for her performance as Queen Anne in Fox Searchlight Pictures’ “The Favourite,” won in the Best Actress category, while Toni Collette was named runner-up for her performance in A24’s “Hereditary.”

Steven Yeun won the award for best supporting actor for “Burning.” The CGV Arthouse South Korean film was also LAFCA’s runner-up for best film this year, and it did win in the Foreign Language category. Best supporting actress went to Regina King, whose performance in Annapurna Pictures’ “If Beale Street Could Talk” has already garnered a bevy of accolades and nominations, including the Golden Globes and Spirit Awards, and recently, the New York Film Critics Circle.

Check out the full list of this year’s winners here and stay tuned to Backstage for full coverage of film awards season!