Aaron Tveit Would Like to Talk to You About His Process 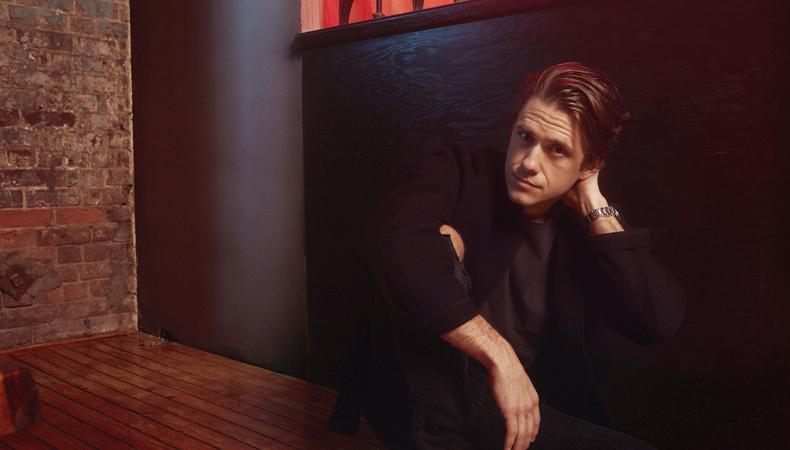 But this blustery January afternoon, he sits forward in the booth of a Lower East Side bar, his hands animated as he launches into a minutes-long account of the backstory for his current role as “Moulin Rouge!” romancer Christian (played in the film by Ewan McGregor), including references to imperialism and the Industrial Revolution.

His character development for the Broadway adaptation of the Baz Luhrmann film is scrupulous, and has helped solidify Tveit as a preeminent interpreter of emotionally wrought musical theater roles. It’s a skill he has been honing for years, from his first professional gig in the “Rent” tour in 2003 through lauded portrayals in the original Broadway casts of “Next to Normal” and “Catch Me If You Can,” as well as in on-camera jobs on “Gossip Girl,” “Graceland,” and CBS’ “BrainDead.”

In whatever medium or genre, Tveit operates by a guiding principle: “It is all about relationship. Period, end of sentence,” he insists. “That is true for a scene you’re in for a play, a scene you’re in for a television show, a song you’re singing in a musical.” That is also how, now several months into his run at the Hirschfeld Theatre, he is able to approach his “Moulin Rouge!” journey eight times a week without becoming jaded.

“Every night it has to be new because the audience coming in has never seen it before. Just be present, just have a response to the person you are talking to,” he pauses, finding the words to underline his objective: “Just listen.”

This show is a beast and you’ve been at it since August, so let’s start with this: How exhausted are you?

I’m appropriately exhausted. I haven’t been in a Broadway show since 2011. You quickly forget how grueling the schedule can be—eight shows a week, just what that takes, the commitment, mentally and physically, to get through it. It’s month four in a Broadway show when it’s like, “Oh, my neck hurts, my back hurts.” You have to figure all that out, and I’m tired, but, like I said, it’s appropriate. It’s a lot of work every night, but it’s so worth it. I’m as tired as I should be.

Do you learn more about a character the further into a run you are?

“There are so many reasons you don’t get jobs, and 99% of them have nothing to do with you.”

For sure. It’s the nature of doing eight shows a week. Something they tell you when you’re first trying to become a stage actor is that every night it has to be new. That’s Acting 101. But in doing that, I’m just always aware of new things. I had this conversation with one of our associate music directors last night who was conducting the show. He and I weren’t necessarily following each other, and I mentioned it to him: “You know, this is because I’ve created a five-act play in my head about how the music is supporting what I’m thinking and feeling.” And I was like, “There’s absolutely no way you would know that.” That’s something you find as you’re doing a long run: The way I turn stage left at one point and turn front, it’s all with musical chords. Over time, I’ve married my thought process with the music.

READ: How to Prepare for a Musical Theater Audition

Why is thinking of a show as a “five-act play” useful?

You have certain things you need to do, certain marks you need to hit. But you also have to figure out the “why.” The first two shows I did on Broadway, I replaced in “Hairspray” and “Wicked,” and that’s a unique experience because you have a stage manager putting you into the show and you don’t get any of the “why” of it. It’s your job to figure out how it works for you; you’re not creating something, and you need to make it all as if you did organically. That carries over for me now: In the long run of a show, that just gets deeper and fuller, and, really, it’s only for you. This is something that the audience doesn’t know, my co-stars don’t know. It’s your own process through the two hours and 40 minutes every night.

Do you flesh out extensive backstories for your characters?

I always try to create some kind of backstory, and, again, that’s something that’s just for me. I just think it fills in a lot of blanks, even though it’s something the audience is never going to know. If you can keep those things in mind through whatever job you have—if it’s stage, television, film—it creates a reality and a realism that is in you, even if you don’t ever speak about it in the text. It’s gonna come out somehow in your performance. 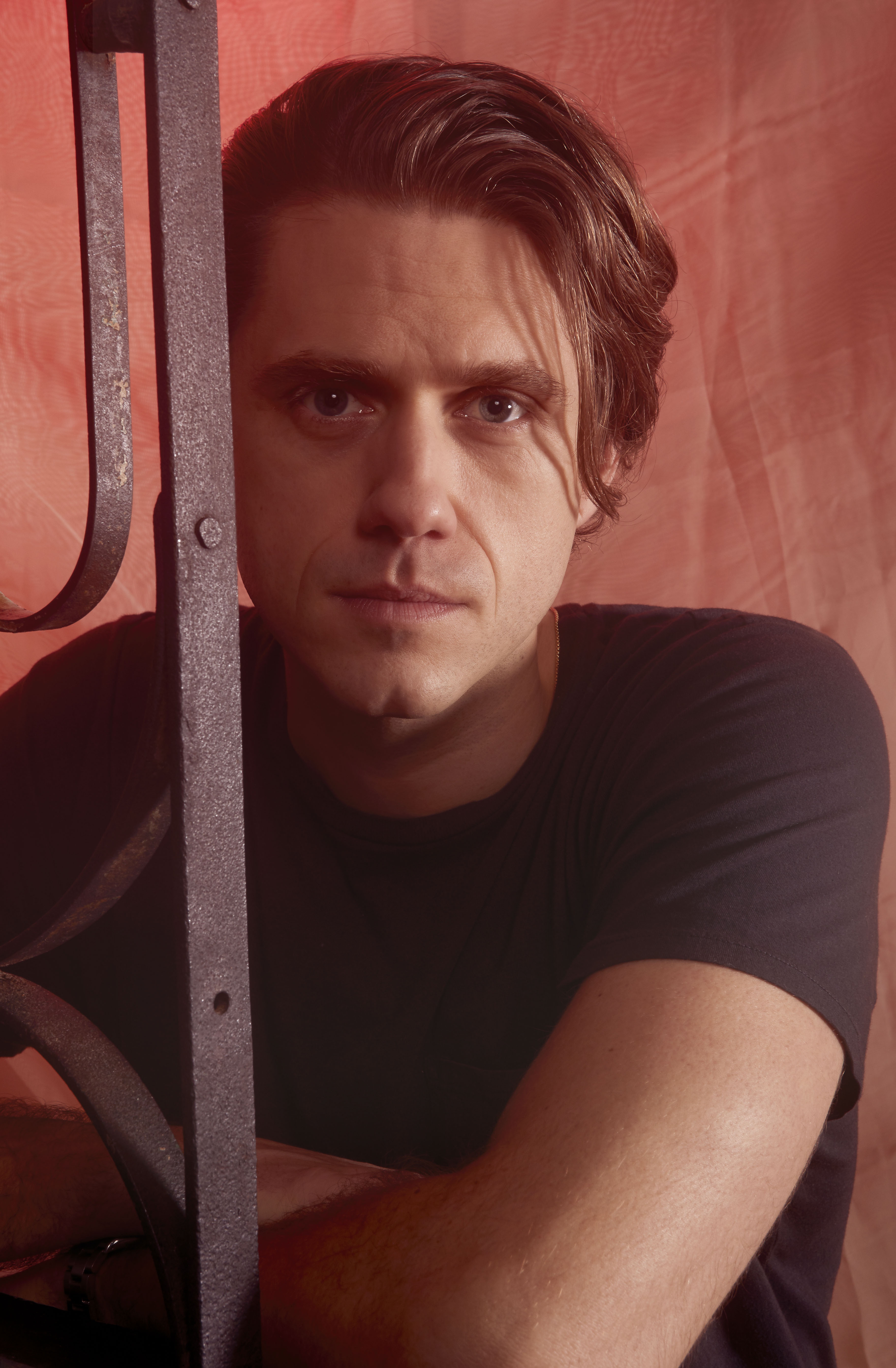 Do you extract a backstory from between the lines of the text? Or is it other contextual clues?

I think it’s both. You take the facts that are given to you in the text, but every script is different. Some are very factual, [in] some you have tons of information about someone, some are limited. But that’s the fun part of this and where your imagination comes in. When you’re creating something, you’re given this gift to fill in all those blanks however you want: You need to go from here to here and these are the things we know about this person, but everything else is up to you. How fun is that?

Does that help with the proverbial actor’s directive to “be present”?

I think so. Also, because I’ve primarily been working on-camera the last eight years, this kind of work we’re talking about is so great for any acting. On-camera, you just need to be. It’s catching moments. The clearer an [on-camera] idea you have, it can free you up to just be in the frame, as opposed to any kind of need to show anything. If you have all this knowledge, if you’re clear about what the scene is, about who your character is, you can learn to trust that that’s going to read on camera. What’s been really interesting for me being back on stage after working on-camera is taking those ideas and those elements of prep that I’ve been doing and putting it onstage. It’s something I was fascinated with when I saw Katrina Lenk in “The Band’s Visit”: her stillness. Stillness is something that’s so hard to do and so hard to trust yourself to do. I’ve really thought about bringing the stillness I find working on-camera to the stage.

Does your technique shift at all between mediums?

At first, in my own head, it was so different, and over time it’s like the aperture has shrunk. How I like to work and how I prepare, the core of it is exactly the same. The great Michael Caine in his book on acting says, basically, “Acting onstage is showing the audience all of your mechanics. Acting on film is hiding it from them.” It’s just about how you’re expressing or not expressing the mechanics. Being onstage is just like doing a wide shot instead of a close-up.

So, are you in fact trying to “let the camera come to you”?

I’ve thought about that a lot in “Moulin Rouge!,” because my character is dropped into this deep end of insanity with huge characters, a larger-than-life set. There’s all this stuff he’s not only never seen, but he’s never pictured in his wildest dreams. I could never as an actor surpass that at the start of the show, so I have tried to position myself as the audience’s eyes into this world and have tried to let the audience come with me. Christian cannot be jaded at all. And what’s funny is the second act goes to very operatic depths of emotion. It’s not easy in any way, but for me as an actor, that’s something that no matter how I’m feeling, no matter how tired I am, I can kinda muscle through. But the stuff in the first act of the show, the wide-eyed innocence, that gets really tricky when you’re tired. 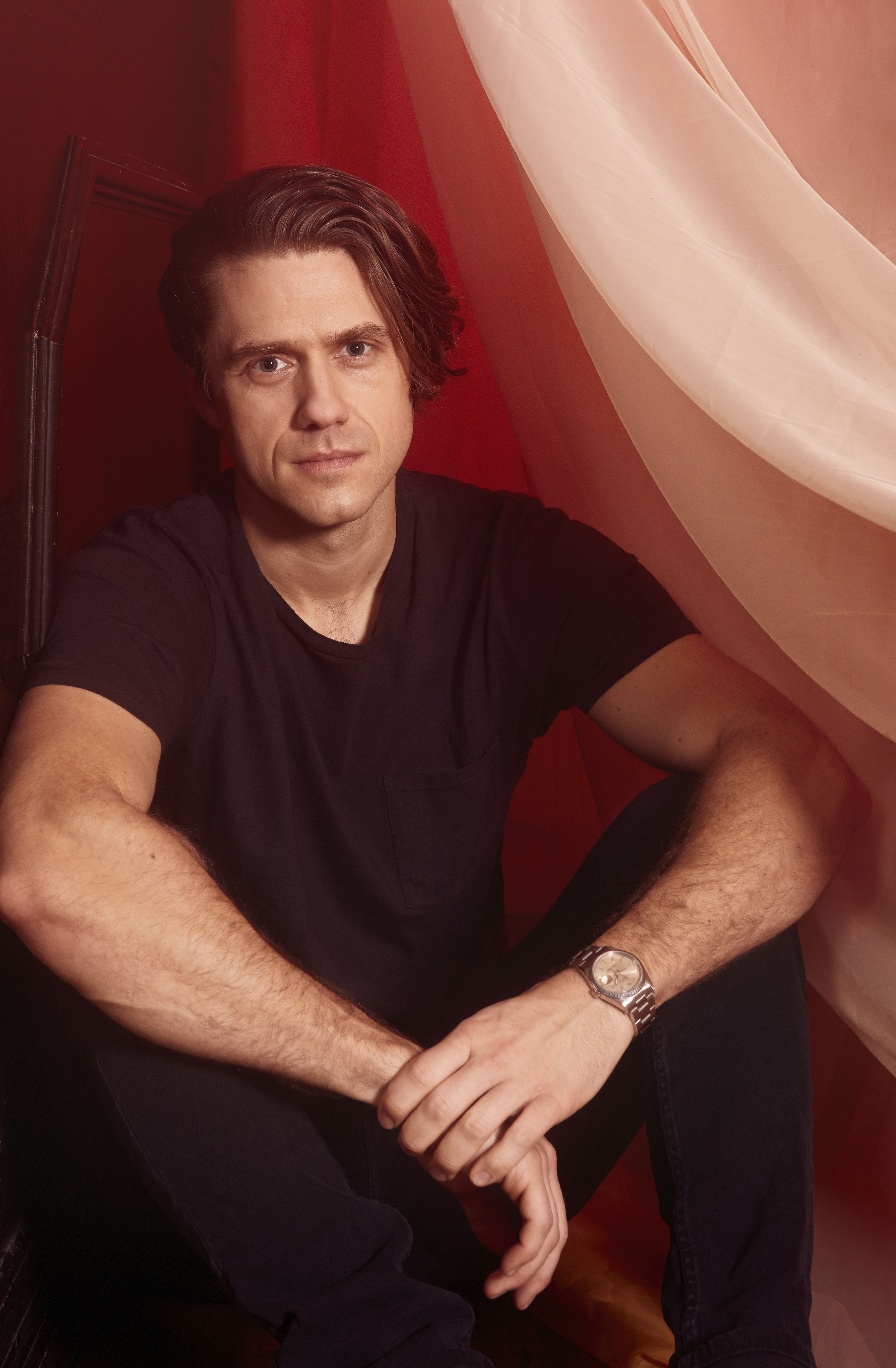 You are known for these emotionally charged musical theater roles. How did you learn to “act” through song?

“On-camera, you just need to be. The clearer an idea you have, it can free you up to just be in the frame as opposed to any kind of need to show anything.”

I took a class for many years with Craig Carnelia, who is an amazing musical theater writer and lyricist. He tries to get people to stop listening to themselves singing and says, “I don’t care how you sound. Who are you talking to in the song? What are you trying to do?” It’s all action. [For example,] “Finishing the Hat” from “Sunday in the Park With George,” people have this idea about what this song is, and I’ll never forget, somebody in my class with Craig was working on it and Craig said, “You’re just at a bar with your buddy talking about the girl you’re seeing.” Once you understand that, you can feel everything else—whatever imagination, whatever spontaneity, whatever that does for you. If I’m clear about what the song is, then I can bring whatever I want, whatever experience I have, to the song and personalize it.

Do you see younger or less experienced actors struggle with that?

The hard part, the kind of paradox, is this is only stuff you can learn after doing it. It’s a true chicken-and-egg situation. When people ask me about [whether they should go to] theater school I’m like, “Well, you can kind of learn everything you need to learn while working, but how do you learn what you need to know to get the job in order to work?” As an actor [you have to] trust that you’re enough, that what you do is enough, that what you have inside is enough, and that you don’t need to do anything else. It’s an everyday struggle, but the moments you do capture are really great moments.

How did you learn that you are enough?

I’m still figuring it out. When I was about to leave school to do “Rent,” my dad told me, “Don’t be afraid to succeed,” which is an incredible thing for a parent to tell their child; as an actor, just someone saying, “You, yourself, an individual, you’re enough.” Auditioning, just go in and be yourself. Don’t be anything but yourself, and if you can figure out what that is, it can really help you deal with the ups and downs. There are so many reasons you don’t get jobs, and 99% of them have nothing to do with you.

Is that the mindset you take with you into the audition room?

I just try to look at what I want to do, as opposed to what they want from this material. My manager once said, “You were selling cashmere, and they didn’t want cashmere today.” Just keep selling what you’re selling. There’s so much “no,” and you have to deal with it. If I know I did my best, then all the rest I can let go. I can’t control what three people at a studio want for the part, but I can control what I want to put forward to those people. I know it’s difficult because you’re trying to get a job, but it’s a marathon. In that marathon, you gotta put forward what you want to put forward. They didn’t want a sweater today; they wanted jeans. Just do what you do. Keep selling what you’re selling.

Photographed by Emily Assiran on Jan. 17 in NYC at Fig 19

Casey Mink
Casey Mink is the senior staff writer at Backstage. When she's not writing about television, film, or theater, she is definitely somewhere watching it.
END_OF_DOCUMENT_TOKEN_TO_BE_REPLACED