What Are the Actors’ Union Rules in Right-to-Work States? 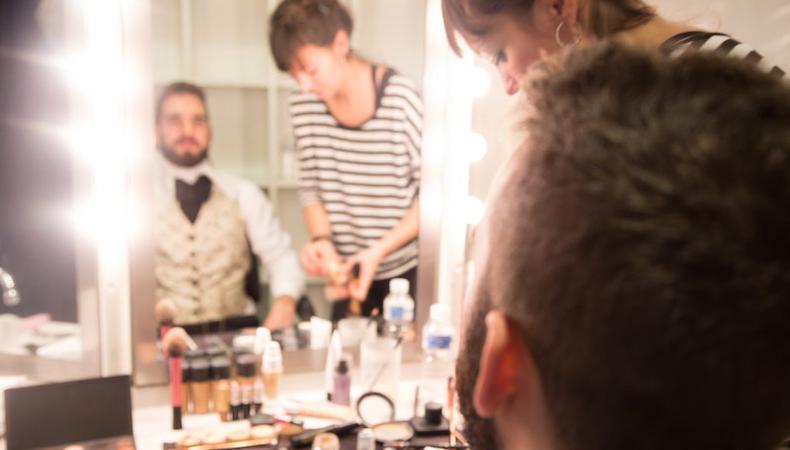 Ever wonder what actors who live in right-to-work states should expect from unions like SAG-AFTRA or Actors’ Equity? We can help!

Plain and simple: unions can incite controversy. While modern work culture has benefited from labor activism (like weekends, holiday breaks, paid leave, overtime pay), those advances were earned through hard-fought political campaigning, coordination, and conflict. Labor organizing isn’t easy because there are forces designed to make it hard.

Within the field of professional entertainment, unions are less controversial and more assumed as the status quo of doing business. Most artistic craft professions in New York City and Los Angeles are unionized—from stagehands to camera operators, directors to actors. When it comes to freelance employment in show business, unions have ruled the roost since the Great Depression. Culturally for American actors, union membership is a rite of passage and a badge of experience.

Labor activism in the United States has seen a rise recently. The United Auto Workers (UAW) held a 40-day strike against General Motors over contracts for temporary workers (among other things) in 2019. Teachers in Chicago were striking over classroom sizes, paid prep time, and support staff. In the past two years, teacher strikes from West Virginia to Oklahoma have drawn attention to the power of organized striking.

Despite gains, some state legislatures attempt to curb union activism and power through policies known as “right-to-work” laws. So, how do these laws impact actors? Backstage has the answers you need to know.

What is a “right-to-work” state?

First, we must acknowledge that the phrase “right-to-work” is itself controversial because it’s crafted with political spin. Coined by lawmakers and strategists, the phrase is designed to provoke a connotation that unions are against the right to work. Although the phrase has caught on, some unions have attempted to rebrand the laws as “right-to-work-for-less” policies. So, for now, let’s just call the policies union prevention laws.

Second, congressional attempts to make such laws country-wide have failed, so states have modified the labor laws within their jurisdiction. This means the laws vary from state-to-state.

Now that we’ve gotten those points out of the way, let’s break it down:

“Congressional attempts to make labor laws country-wide have failed, so states have modified the laws within their jurisdiction to determine union member involvement.”

These policies influence the degree that labor unions can organize and gain momentum in certain states.

The major employment markets for actors (California, Illinois, and New York) do not have union prevention laws (i.e., they’re not in “right-to-work” states). However, actor unions fight against such laws in solidarity with the labor movement at-large.

Why does union prevention legislation exist?

Some argue that “right-to-work” policies support small businesses and allow workers to advocate for themselves on an individual basis. However, others say that these policies are designed to crush union power in certain states to the benefit of big businesses.

What should union actors know if they live in a state with union prevention laws?

“A state’s standing as to so-called ‘right-to-work’ does not directly impact a union member,” says Rodger Brand, an airborne helicopter reporter in the St. Louis area. Brand is also a member of SAG-AFTRA’s national board and chair of the union’s Right-to-Work Committee. “Members working in ‘right-to-work’ states still enjoy all of the rights and privileges of membership;” these include involvement in union elections, awards, and educational opportunities.

“However, members are still obligated to abide by all of the union’s membership rules,” says Brand. “Including Global Rule One,” which states that union members cannot work nonunion gigs. “Members also know that by agreeing to work only union, they maintain professional standards and rates of pay,” Brand follows up. “Without this strength, it would be a race to the bottom.”

Unions 101: Everything You Need to Know
↑ Back to top

Are actor unions lobbying in states that are not union-friendly?

“Members are often engaged regionally in activities to organize new employers, fight for fair treatment or better working conditions, and encourage legislative activity to improve the lives of their fellow performers,” says Brand. Recently, SAG-AFTRA has emphasized campaigns focusing on regulating child labor, fighting ageism, promoting image rights, and protecting state and local tax incentives for the entertainment industry. However, the union has seen the most legislative traction in the state houses of New York and California.

In 2017, Actors’ Equity Association launched its Equity 2020 campaign—with sizeable membership approval—designed to increase regional activism outside of its major three cities of New York City, L.A., and Chicago. Since, the union has rebooted its online resources and has hired high-profile legal counsel to pump up the union’s national sway.

“It’s a perilous time for unions,” Equity president Kate Shindle told Backstage. “There’s ‘right-to-work’ legislation being proposed all over the country which would essentially starve unions of funds, and it is a large-scale way of weakening unions and, by doing that, weakening workers and transferring more power to management and corporations.”

What are the states with union prevention laws?

Why do some politicians work against unions in the first place?

Typically, union activism leans in the direction of liberal policies. At-large, unions traditionally support Democratic politicians, providing a reliable machine of votes for blue candidates and against red ones. However, that is not always the case. Police unions around the country have unflinchingly supported Republican President Donald Trump. Also, it’s worth noting, that before he was president of the country, Republican Ronald Reagan was president of SAG. All to say, if you disagree with a union’s politics, you might dislike the organization as a whole.

Sometimes politicians get large-scale campaign donations from wealthy business owners who don’t want their workers to unionize. If a politician relies on donations to campaign victoriously, they will support legislation that nods to their benefactors. Unions also give to political campaigns, which could position them against certain rivals.

“There’s ‘right-to-work’ legislation being proposed all over the country which would essentially starve unions of funds, and it is a large-scale way of weakening unions and, by doing that, weakening workers and transferring more power to management and corporations.”

Some unions have built a reputation for corruption. For example, the UAW has been subject to a long term federal corruption probe; recently a top official in the union pled guilty to financial misconduct. Martin Scorsese’s Oscar-nominated Netflix film of 2019, “The Irishman,” is about the notorious labor figure of the teamsters, Frank Sheeran, who allegedly had ties to the mafia and confessed to murdering Teamster’s union president Jimmy Hoffa. Robert De Niro plays Sheeran and Al Pacino plays Hoffa.

Finally, sometimes unions have considerable infighting and toxicity. SAG-AFTRA has become notorious for warring factions of competing slates. In the most recent leadership election, a death threat against the incumbent SAG-AFTRA president was retweeted by an opposing party in the union. Internal conflicts can be used to delegitimize a union’s common cause and its members.

Does anti-union legislation only impact those who live in “right-to-work” states?

When it comes to anti-union legislation, union leaders encourage vigilance and engagement from professional actors whether they live in a “right-to-work” state or not. “Without sounding dramatic about it, I think we are all very aware that the right to be a union member, the right to organize and bargain together for fair wages and working conditions is not a foregone conclusion,” Shindle said to Backstage. “We will have to fight for our survival.”

Keep up to date with all things union right here on Backstage.