What Nonunion Actors Should Know About Union Strikes 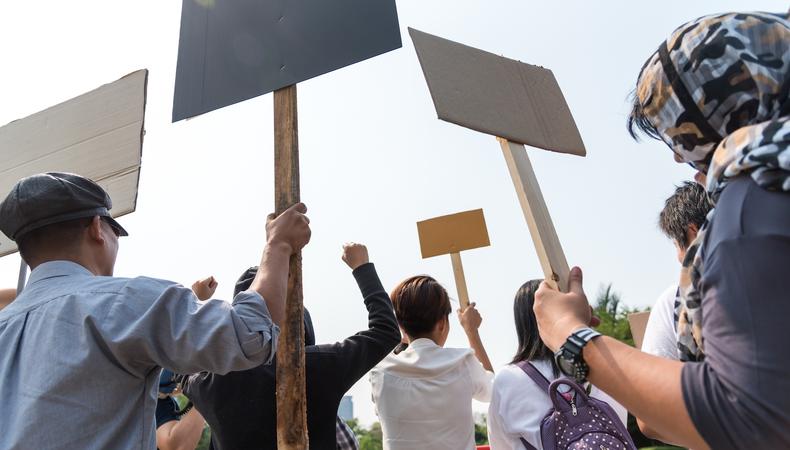 Actor unions are a force in the entertainment industry—but not every actor, of course, is a member of one. Some actors rely on nonunionized work to rise through the ranks and earn their union card—whether it’s SAG-AFTRA for the screen or Actors’ Equity for the stage. Often, though, nonunion work is how actors get discovered or sharpen their teeth before moving into more competitive markets.

Whether in a student film or on a fringe stage, nonunion work is an essential stepping stone in the American entertainment landscape. However, no matter if you have your union card or not, many actors are influenced by the actions and activism of unions.

So when a union calls a strike, it’s not just members who are influenced—it’s every actor. Below, Backstage answers some questions about how actor strikes can impact nonunion actors.

What is a strike and why do unions call them?

Strikes are protests called by leaders of labor unions and enacted by dues-paying union members. Striking is a drastic coordinated campaign of worker activism designed to create a productive, non-violent crisis that cannot be ignored or circumvented by employers. A strike is intended to place the maximum amount of pressure on employers by depriving them of the people they need to make revenue or provide services.

Strike activism—and union activism as a whole—aims to situate employers in a circumstance where they must comply with collaborative workplace demands through collective bargaining—when union representatives negotiate with employers over workplace protocols, benefits, protections, and payments that can be revived every few years.

Strikes are designed to influence employers from two radical angles: internally, by removing employees from a workplace so functions and tasks can no longer be completed and externally, by creating a campaign that wins the support of the public and sheds light on workplace injustices. These angles are designed to motivate the employer to negotiate with the union quickly and not have a drawn-out strike. Further, these angles aim to upend the capitalist structures that inherently benefit employers (bosses) and undermine employees (workers).

Film, television, Broadway, and touring productions have commercial intentions (i.e. this is art designed to make money from ticket sales or advertisements). When there’s money to be made, business decisions can be cut-throat. And since acting is gig-based, actors have historically found themselves in a vulnerable position as workers in a bottom-line industry. This vulnerability is amplified by the competitiveness and unconventional nature of the profession. Because there are so many actors in the market, actors can often feel the need to comply with specific workplace demands—even if they’re unfair or unsafe—because they know they can be easily replaced. And since work demands are gig-specific, it can be tough to have a sense of procedure from one project to the next.

Unions were created to look out for actors—to keep them safe and ensure workplace standards that allow them to make a dignified living in America. These protections vary from objective workplace safety standards to health care coverage, retirement funds, minimum payments, and residual payments.

“ Unions were created to look out for actors—to keep them safe and ensure workplace standards that allow them to make a dignified living in America.”

What does this mean in terms of strikes? For actors’ unions to strike effectively, they must recruit in-demand actors who producers wouldn’t be able to make the desired profit without and pressure production companies and producers into collective bargaining agreements. Thus, unions campaign hard to prove their effectiveness to potential members, perpetuate membership status as a desirable qualification for professional actors, and create momentum for actors to join, pay dues, and, when necessary, carry out strikes.

There are 160,000 members of SAG-AFTRA and 51,000 members of Actors’ Equity, with SAG-AFTRA being considered one of the nation’s most high-profile unions because of its celebrity-power and annual Screen Actors Guild Awards.

How can a strike affect a nonunion actor?

When an actors’ union goes on strike—depending on the nature of the conflict—producers and production companies may attempt to hire nonunion actors to continue to produce their projects. If you’re a nonunion actor, it’s essential that you think carefully about whether to accept these gigs or not.

The philosophy of labor unions implies that all workers—union members or not—benefit from union activism and negotiation. Unions have initiated substantial changes in the entertainment industry from better safety protections to higher pay. “It’s a fact that unions raise the standards for all people working in a particular sector,” said Carteris, the president of SAG-AFTRA in an interview with Backstage. “A rising tide lifts all boats, and collective bargaining is the rising tide. Fair wages, benefits and safe workplaces are good for everyone, and pre-union performers either do or will also benefit from having workplace protections in place that ensure they are not exploited.”

What should nonunion actors be aware of if a strike happens?

If one of the actors’ unions calls a strike, make a point to learn more about the nature of the conflict and what the union is fighting for (you can read about these sorts of topics right here on Backstage). It’s vital to be informed on labor movements within the entertainment industry whether you’re an organized laborer or not: union activism influences the practices of the field as a whole.

It’s also crucial to be aware of the reality that for many union actors, striking is a very sensitive and personal sacrifice by design. Passions will run high because the stakes are high: striking workers have made the choice to put their livelihoods on the line. Be thoughtful and respectful with striking actors and consider the time and effort they’re putting into strike activism.

The final thing to be aware of is a sensitive topic: when union actors are striking a company, that means a casting vacuum is opened for nonunion actors. Even though SAG-AFTRA has no control over nonmembers, they do have a stance on actors who cross the picket line, whether they’re members or not. Which brings us to the concept of “scabbing.” 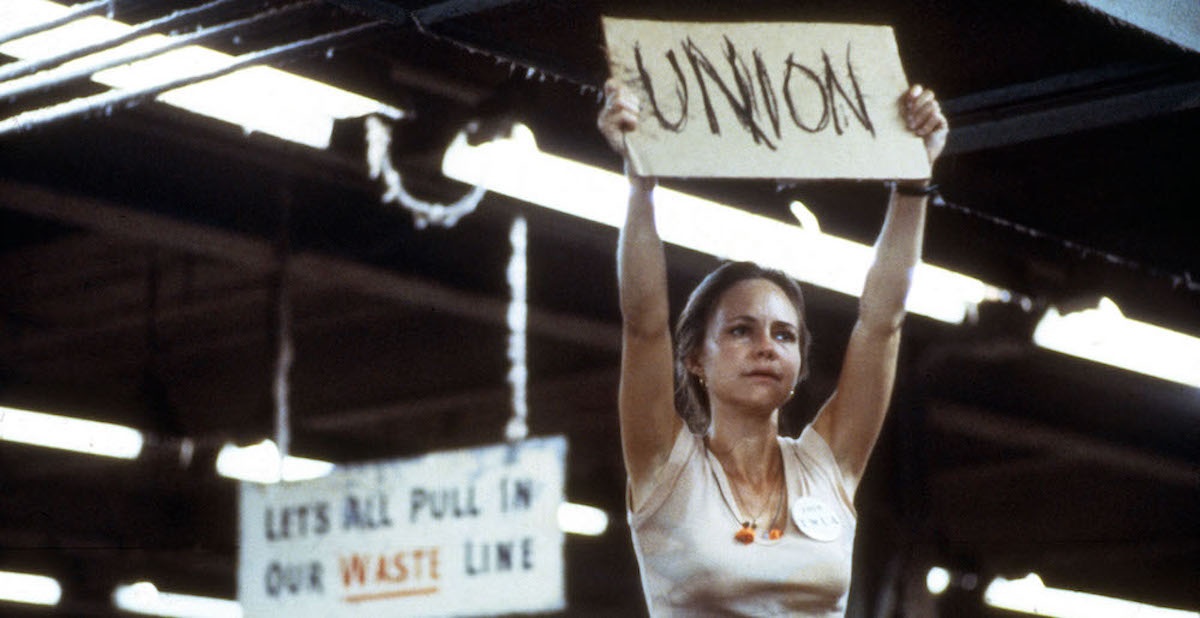 What Union Actors Should Know About Strikes

What does it mean to “scab”?

In union culture, a “scab” is someone who works for a company or producer a union is protesting. Sometimes union members can be called “scabs” if they don’t follow strike protocols and work for a company that has been put on notice by the union. Members can also be called scabs when they create nicknames or “stage names” and perform in nonunion gigs.

Actors who aren’t part of the union can also be labeled as scabs, particularly in strike scenarios. When strikes occur, companies and producers may attempt to hire nonunion actors to perform in projects since union actors have protested. When nonunion actors work for companies that unions are striking, the union will shame the workers for betraying their cause.

Backstage confirmed with SAG-AFTRA that when they onboard new union members, they inquire if the candidate has ever auditioned or worked for a blacklisted company while the union was striking. Also, the union accepts intel from members when they see actors—whether they have union membership or not—crossing the picket line. The industry is often celebrated for being extremely close-knit, and it’s this nature that the union relies on to discourage scabbing.

How can a nonunion actor participate in a union strike?

Strike protests aren’t exclusive to union members—anyone can join. Many unions attempt to promote engagement from non-members to help increase pressure on companies by drumming up a sense of public outcry. Once you assess the reasons for a strike, if you believe in a union’s cause and can imagine how their success could result in peripheral success for you as a nonunion actor or eventual-union actor, try to find time to join the picket line. Strikes are a form of activism and in a capitalistic society, labor activism can result in long-term changes.

How long do strikes last?

The length of a strike is dependent on many factors: the fortitude (or stubbornness) of the employer, the degree of pressure union members can apply, the intensity of urgency the strike creates, and the support striking workers receive. Often, to help ensure momentum and build up the pressure, other unions will join picket lines as a show of solidarity for the labor movement’s relevance at-large. (SAG-AFTRA’s longest strike happened in 2016-17 when the union protested video game companies for a year.)

Strikes are potent tools of protest because they not only influence those directly associated with the feuding parties, they can affect consumers, viewers, and nonunion workers. The results of labor strike campaigns often benefit workers at large. So whether you have a union card or not, a strike can prove to be an activistic cause to support (or at least pay close attention to) because the impacts are powerful and lasting in an ever-changing profession like acting.